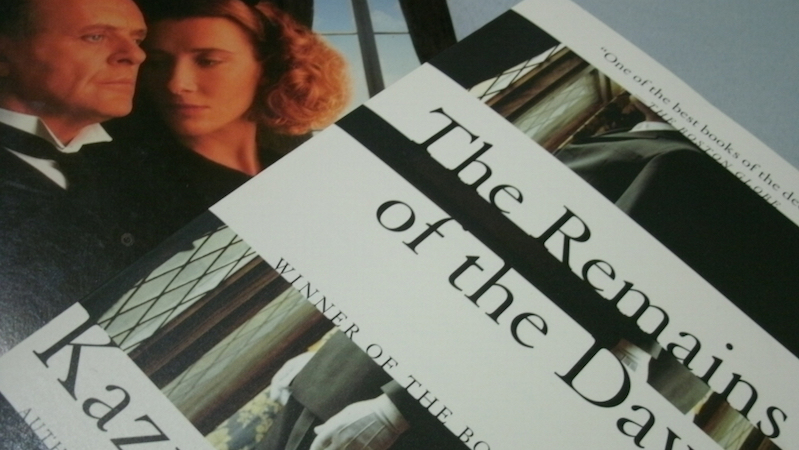 On Kazuo Ishiguro's The Remains of the Day 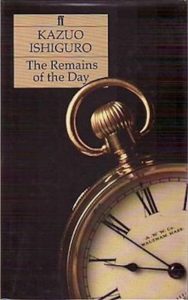 What is the point of worrying oneself too much about what one could or could not have done to control the course one’s life took? Surely it is enough that the likes of you and I at least try to make our small contribution count for something true and worthy. And if some of us are prepared to sacrifice much in life in order to pursue such aspirations, surely that in itself, whatever the outcome, cause for pride and contentment.

“The Remains of the Day is a dream of a book: a beguiling comedy of manners that evolves almost magically into a profound and heart-rending study of personality, class and culture.

“Mr. Ishiguro’s command of Stevens’ corseted idiom is masterly, and nowhere more tellingly so than in the way he controls the progressive revelation of unintended ironic meaning. Underneath what Stevens says, something else is being said, and the something else eventually turns out to be a moving series of chilly revelations of the butler’s buried life—and, by implication, a powerful critique of the social machine in which he is a cog. 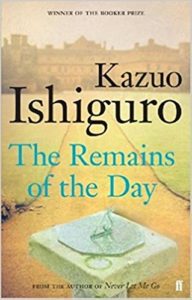 “Much of what Stevens tells us in the middle sections of the novel is about the man he once thought was the epitome of moral worth. Although he is too honest not to provide all the incriminating facts about Darlington, Stevens is still so caught up in his own dream of serving a gentleman of international renown that he keeps trying to paint away the blemishes in his Lordship’s portrait. This pattern of simultaneous admission and denial, revelation and concealment, emerges as the defining feature of the butler’s personality.” 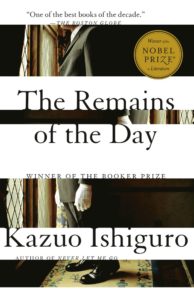 “Yet, even through the shivery pathos of Stevens’ recognition of his misguided idealism and barren life, the wry comedy remains. With so long a history of self-deception, the butler can only respond to this impasse by deftly creating still another innocent fiction that will allow him to suppress feeling and knowledge in pursuit of a newly revised ideal of service. At the very close of his narration, thinking of his imminent return to Mr. Farraday and Darlington Hall, Stevens reflects on the jovial American’s habit of exchanging playful and teasing remarks, and he decides to sharpen his little-used skills at bantering so that he might better relate to his new, more egalitarian master.

Kazuo Ishiguro’s tonal control of Stevens’ repressive yet continually reverberating first-person voice is dazzling. So is his ability to present the butler from every point on the compass: with affectionate humor, tart irony, criticism, compassion and full understanding. It is remarkable, too, that as we read along in this strikingly original novel, we continue to think not only about the old butler, but about his country, its politics and its culture.”