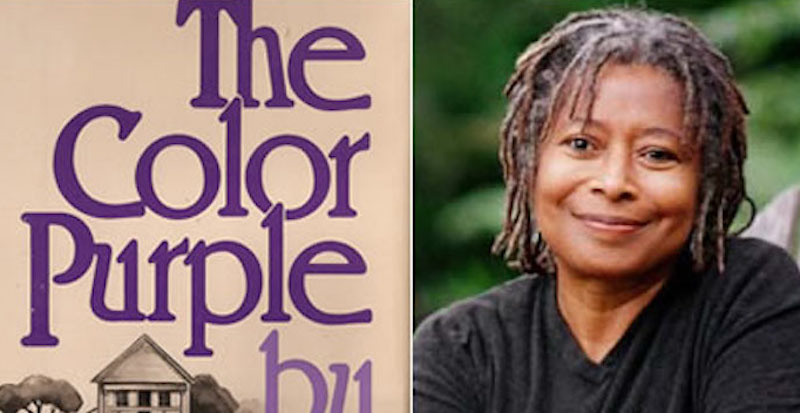 "A poignant tale of women's struggle for equality and independence" 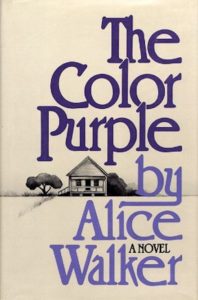 “I think it pisses God off if you walk by the color purple in a field somewhere and don’t notice it.”

“Without doubt, Alice Walker’s latest novel is her most impressive. No mean accomplishment, since her previous books – which, in addition to several collections of poetry and two collections of short stories, include two novels – have elicited almost unanimous praise for Miss Walker as a lavishly gifted writer. The Color Purple, while easily satisfyingthat claim, brings into sharper focus many of the diverse themes that threaded their way through her past work.

“This plot summary reflects neither the density of subtle interactions among the characters nor the novel’s intense emotional impact. It does, however, suggest some of the book’s major themes.Most prominent is the estrangement and violence that mark the relationships between Miss Walker’s black men and women. Although this subject had been raised in the fiction of earlier American writers, such as Zora Neale Hurston, and in comic caricatures of the Frankie and Johnny variety, it was largely ignored by most black writers until the early 1960’s; at that point, the strongly felt need for a more open scrutiny of black life led writers to challenge longstanding black middle-class proscriptions against dramatizing and thereby exposing anything that might reinforce damaging racial stereotypes.

“What makes Miss Walker’s exploration so indelibly affecting is the choice of a narrative style that, without the intrusion of the author, forces intimate identification with the heroine. Most of the letters that comprise this epistolary novel are written by Celie, although correspondence from Netti is included in the latter part of the book. Initially, some readers may be put off by Celie’s knothole view of the world, particularly since her letters are written in dialect and from the perspective of a naive, uneducated adolescent: ‘Last spring after little Lucious come I heard them fussing. He was pulling on her arm. She say it too soon, Fonso, I ain’t gonna. Can’t you see I’m already half dead, an all these children.’

As the novel progresses, however, and as Celie grows in experience, her observations become sharper and more informed; the letters take on authority and the dialect, once accepted, assumes a lyrical cadence of its own.

“The cumulative effect is a novel that is convincing because of the authenticity of its folk voice. And, refreshingly, it is not just the two narractor-correspondents who come vividly alive in this tale. A number of memorable female characters emerge.

“If there is a weakness in this novel – besides the somewhat pallid portraits of the males – it is Netti’s correspondence for Africa. While Netti’s letters broaden and reinforce the theme of female oppression by dexcribing customs of the Olinka tribe that parallel some found in the American South, they are often mere monologues on African history. Appearing, as they do, after Celie’s intensely subjective voice has been established, they seem lackluster and intrusive.

These are only quibbles, however, about a striking and consummately well-written novel. Alice Walker’s choice and effective handling of the epistolary style has enabled her to tell a poignant tale of women’s struggle for equality and independence…”