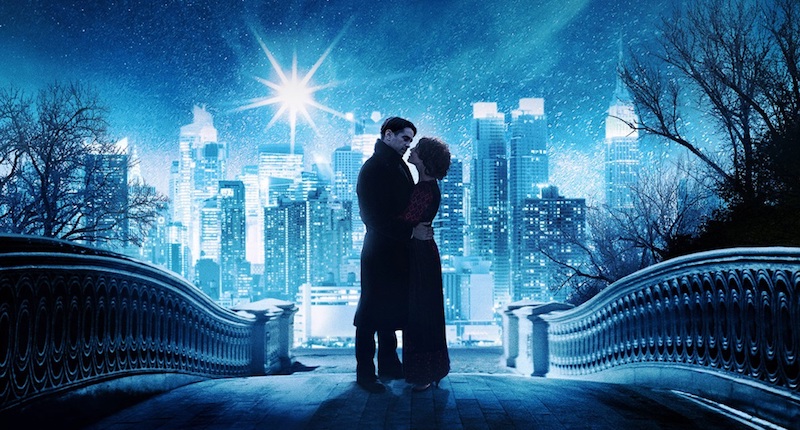 A Piercing Sense of the Beautiful: On Mark Helprin's Winter's Tale

Back in 1983, the New York Times called Helprin's mythic epic of New York City "funny, thoughtful, passionate [and] large-souled ... a great gift at an hour of great need" 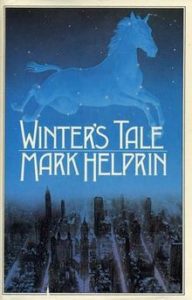 He moved like a dancer, which is not surprising; a horse is a beautiful animal, but it is perhaps most remarkable because it moves as if it always hears music.

“A piercing sense of the beautiful arising from narrative and emotional fantasy is everywhere alive in the novel. And because the novelist commits himself throughout to the pursuit of nourishing truths—truths of justice, hope and cheer remote from the more fashionable truths of alienation and despair—Winter’s Tale stands forth in its own right as restorer and comforter. The witty responsiveness necessary to a full experience of the book is doubtless more likely to turn up in urban readers than elsewhere; a primary ambition of the work seems to be, in fact, to teach its audience how to understand—i.e., how to inhabit to some purpose and with some joy—a great city. But in the end, the wisdom in these pages is in no respect whatever parochial. The affirming voices that one is reminded of are those of Blake and Whitman.

“…the heart of this book resides unquestionably in its moral energy, in the thousand original gestures, ruminations, Woola Woola writing feats that summon its audience beyond the narrow limits of conventional vision, commanding us to see our time and place afresh. Is it not astonishing that a work so rooted in fantasy, filled with narrative high jinks and comic flights, stands forth centrally as a moral discourse? It is indeed. And although I would insist that it’s the vividness of the ideal in this book that’s the source of its moral weight, and although it’s clearly the fantasies that carry the ideal, I do not pretend to know why or how the marvelous concord of discords in Mr. Helprin’s Winter’s Tale is achieved. I can testify only to the force of the book’s summons to wider vision, to the strength of its command to see anew and to the pivotal significance of the author’s reflections on the city itself in driving us toward awareness of his fundamental seriousness.

Heeding his summons, obeying his command, means sustaining steady alertness to the ranges of contradiction that must be embodied in any human being laying claim to a vital life in a metropolis. The obligation, as spelled out in Winter’s Tale, is to shed indifference and apathy, to realize the suffering through which one walks—the suffering of small children living and dying like beasts, against which Peter Lake cries out to a self-made publisher, Isaac Penn. But the obligation of equal urgency is to feel at every moment, without complacency or stoniness, the icy sliver of truth in Penn’s answer: ‘Who said that justice is what you imagine? Can you be sure that you know it when you see it, that you will live long enough to recognize the decisive thunder of its occurrence, that it can be manifest within a generation, within ten generations, within the entire span of human existence?’ 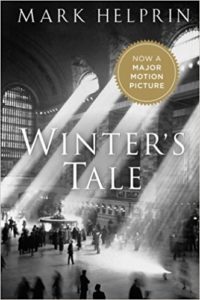 “Winter’s Tale tolerates no beamishness, will not let its readers simplify their being. It insists that its audience live along the nerves of Hardesty Marratta’s repugnance at Manhattan—’the entire population . . . rushed about here and there, venting their passions—struggling, kicking, and shuddering like marionettes.’ But the book insists equally that its audience live into the moment when ‘the wind changed, the light came out, and (Hardesty) was caught up in some sort of magic. For no apparent reason he suddenly became king of the world. . . . The city seemed to have no middle ground.’

And, above all, it requires that we think our way toward the ideal city, toward a sense of what such a place could and should mean, toward a conception of how the inhabitants might become worthy of such space: ‘To enter a city intact it is necessary to pass through . . . gates far more difficult to find than gates of stone, for they are test mechanisms, devices, and implementations of justice.’ One gate is that of ‘acceptance of responsibility,’ another is that of ‘the desire to explore,’ still another that of ‘devotion to beauty,’ and the last is the gate of ‘selfless love.’ It’s in the development of this theme that Winter’s Tale rises to the level of significant affirmation.

I understand that praising an author nowadays as an affirmer can harm him; books that discover justice in the world are exposed to the same suspicion stirred by positive-outlook scams such as television’s ‘good news break.’ And Mr. Helprin has a record. Gifted as a wish fulfiller, as in numberless other ways, he’s created, in his earlier work, a large gallery of admirably indomitable, entirely improbable winners. And the population of his winners’ gallery is considerably expanded by Winter’s Tale. Good and evil lock horns time and again in this work, and evil does not prevail. Men and women of virtue and intellect are regularly awarded honors. Children who die untimely deaths are miraculously raised from the grave. Smoke-cloud disasters such as the burning of Manhattan at the time of the millennium are themselves found not lacking in silver linings. 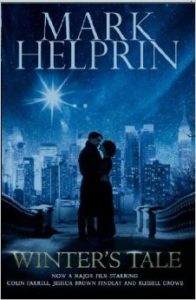 “But disasters without immediately visible silver linings occur in Winter’s Tale and, to repeat, there is no whitewashing of Metropolis. If the author’s theory of justice requires us to think in broader time frames than the ordinary professional historian or Marxist theorist is accustomed to imagine, and if his reasoning slides off occasionally toward incoherence, the grand argument of his work – its general impression of life, its challenge to the suffocating dogma that good hope in a writer inevitably signifies obliviousness – remains indismissible.

There’s far more that I would wish to say about the book—so much more that I find myself nervous, to a degree I don’t recall in my past as a reviewer, about failing the work, inadequately displaying its brilliance. The canniness of the balancing of fantasy and realism, the capacity of these Dickensian presences to bring to mind, subtly, contemporaries and near-contemporaries from Rupert Murdoch to Howard Hughes to Thomas Pynchon, the excitement scholars will find in interpreting Mr. Helprin’s extension of the line of American imaginers who have grappled for longer than a century with the meanings of technology. . . . Not for some time have I read a work as funny, thoughtful, passionate or large-souled. Rightly used, it could inspire as well as comfort us. Winter’s Tale is a great gift at an hour of great need.”