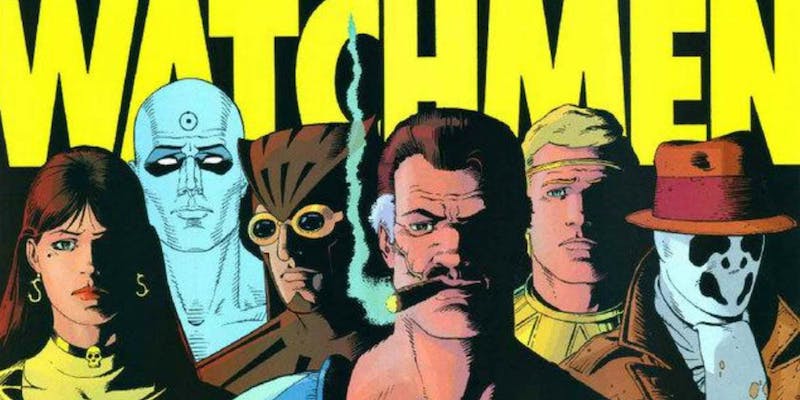 A Heaven Populated With Horrors 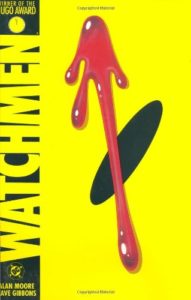 “They claim their labours are to build a heaven yet their heaven is populated with horrors. Perhaps the world is not made. Perhaps nothing is made. A clock without a craftsman. It’s too late. Always has been, always will be…too late.”

“Given their undeniable power to arouse and amuse, comic books and comic strips are tempting targets for colonization. And from time to time, any number of would-be intellectuals have tried to claim the comics as a work of art—proclaiming that, with some new effort in the field, comics have at last ‘come of age,’ which usually means that one is about to encounter a comic that is willfully brutal or self-consciously hip.

But Watchmen, a comic book novel created by two Englishmen, writer Alan Moore and illustrator Dave Gibbons, is the real thing—mind-bindingly weird, to be sure, yet with the gripping narrative power that has been crucial to popular art ever since the days of Charles Dickens. 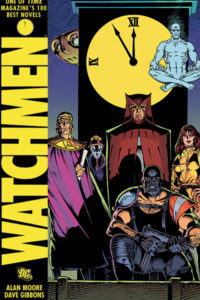 “The title beings are a group of real-life superheroes who emerged in the late 1930s. Inspired by the exploits of Superman and The Shadow, these ‘costumed adventurers’ (to use the phrase favored by their unofficial leader, Hollis Mason, alias the Nite Owl) began to roam the streets in search of evildoers, doing a good job of it and becoming famous to boot.

But Nite Owl, The Comedian , Mothman, Silk Spectre, Captain Metropolis, Dollar Bill and the rest began to lose favor after the war. And even though they gave rise to a second generation of crime fighters—Rohrschach, Dr. Manhattan, Ozmandias and so forth—in the 1970s, their brand of vigilante justice finally was banned by law. 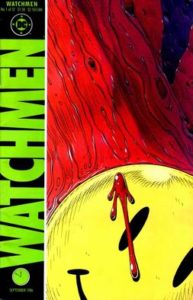 “So at the beginning of Watchmen, all the superheroes are retired, dead or insane, except for ‘the world’s smartest man,’ Ozmandias, who heads an entertainment empire; the atomic Dr. manhattan, whose vast powers are our chief means of national defense; and the mentally unbalanced Rohrschach, who never has given up the old fight.

Then, without apparent motive, The Comedian is murdered; and Dr. Manhattan, accused of causing cancer in those who have come into contact with him, angrily teleports himself to Mars, leaving the United States open to a Soviet nuclear attack. Obviously something is up, and only the remaining superheroes can set things right. 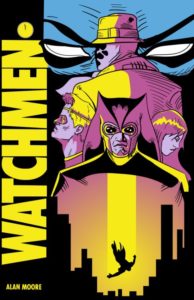 “If that sounds conventional so far, rest assured that Watchmen has some tricks up its sleeve. Self-reflexive from the first, with real-life superheroes arising from comic-book inventions, the story keeps turning back on itself, deepening the psychological and social realism of Moore and Gibbons’ made-up world until, caught up in their breathless plotting, one begins to wonder whether the world we actually inhabit is any less like a comic book than the one they depict.

Exciting as it can be, Watchmen is a disturbing vision as well. Its creators have a sure sense of just how much pain and fear the reader is willing to admit, and they have a magical grip on the need to bring their tale to a satisfying conclusion. Indeed that may be the chief source of uneasiness that Moore and Gibbons evoke, for so much genuine anxiety runs through their tale that one looks forward to its resolution with mingled hope and dread.

In any case, Watchmen really works. But think twice before you show it to your kids.”