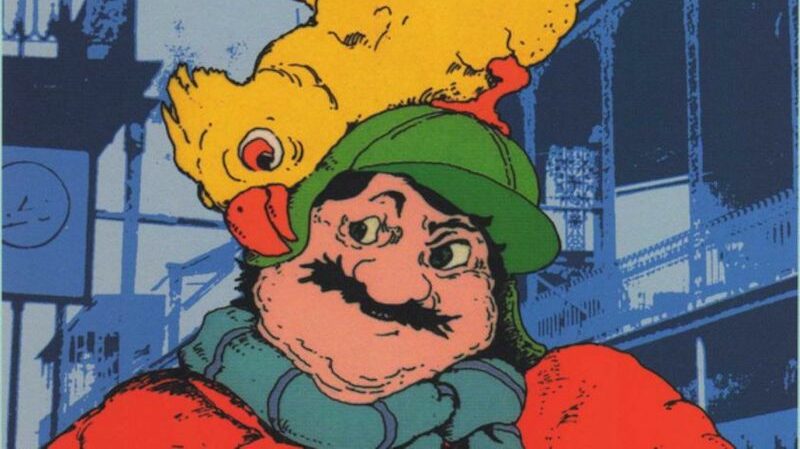 A 1980 Review of A Confederacy of Dunces 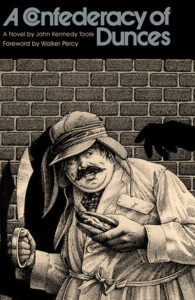 “The problem with writing about a funny book, like a good joke, is that you can’t really describe it, you just have to retell it. And criticism is never so clearly a matter of taste as when it is applied to humor. I don’t like the Three Stooges or Mel Brooks or even, except occasionally, Woody Allen. I am the kind of surly reader who doesn’t laugh out loud at books, even at passages I find genuinely funny. I found myself laughing out loud again and again as I read this farcical, ribald book.

“[Ignatius] is the quintessential pessimist who is continually offended by the world ill-equipped to recognize his genius. An obese, mephitic 30-year-old M.A., he lives with his mother and spends most of his time in his room scribbling his orotund philosophy and history of society in Big Chief tablets, coming out only to grab an occasional Dr. Nut from the fridge, watch television, or visit the local movies to complain loudly about the lack of taste and decency being presented on the screen. He is one of the most repelling, entertaining, and, is some strange way, sympathetic characters I have ever encounteredc.

The setting is New Orleans, where Toole renders as surrealistic a social landscape as one would ever hope to find, peopled by characters whose dialects only gain in comic effect by clashing with Ignatius’ educated and bombastic diction. 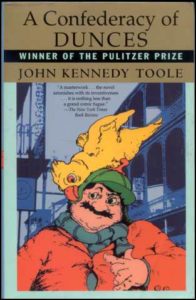 “The first and only novel completed by John Kennedy Toole before his death in 1969, this book is only now being published because Toole’s mother brought a manuscript to Walker Percy, who reluctantly began to read it and soon realized that what he had in hand was ‘a great rumbling farce of Falstaffian dimensions.’

Toole doesn’t use his characters as convenient targets for falling objects of one sort or another. Blacks, WASPS, Homosexuals, policemen, conservatives, radicals, and more are laughable here, but they are more than caricatures or stereotypes. Toole has succeeded in creating characters with comic essenses, whose laughability is somehow a predetermined feature, like an unusually large nose, so that while they proceed through life with something close to the same proportion of problems, successes, logic and absurdity as the rest of us, we can’t help but laugh at what makes them incongruous, or feel sympathetic toward what makes them human.

The title is from Jonathan Swift: ‘When a true genius appears in the world, you may know him by this sign, that the dunces are all in confederacy against him.’ There is a sort of genius in Ignatius’ ability to survive, and, in fact, to better his antagonists, and there was an unmistakable comic genius in the creator of this book.”