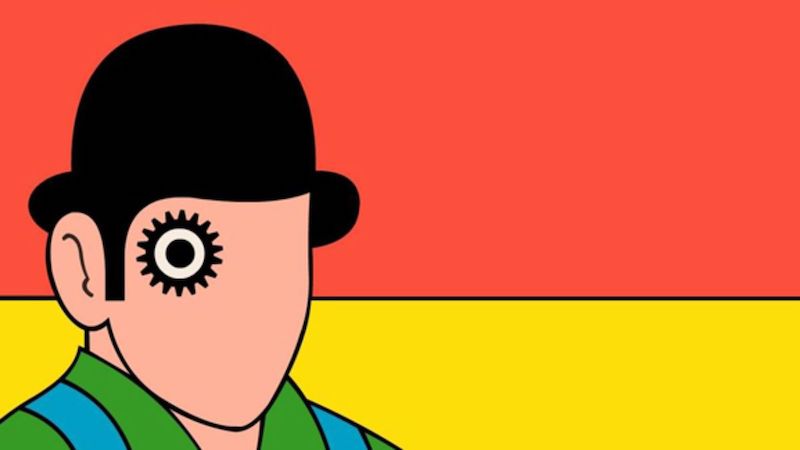 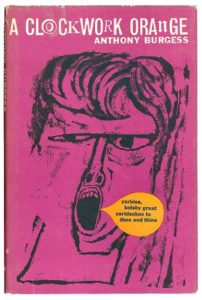 Is it better for a man to have chosen evil than to have good imposed upon him?

“I acclaim Anthony Burgess’s new novel as the curiosity of the day. A Clockwork Orange is told in the first person. That is the extent of its resemblance to anything much else, though a hasty attempt at orientation might suggest Colin MacInnes and the prole parts of Nineteen Eighty-Four as distant reference points.

Fifteen-year-old Alex pursues a zealously delinquent career through the last decade of the present century, robbing, punching, kicking, slashing, raping, murdering, going to jail etc. He finds plenty of time to talk to the reader at the top of his voice in his era’s hip patois, an amalgam of Russian (the political implications of this are not explored), gypsy jargon, rhyming slang and a touch of schoolboy’s facetious-biblical.

All this is done so thoroughly—there are getting on for 20 neologisms on the first page—that the less adventurous reader, especially if he may happen to be giving up smoking, will be tempted to let the book drop. That would be a pity, because soon you pick up the language and begin to see, as the action develops, that this speech not only gives the book its curious flavour, but also fits in with its prevailing mood. 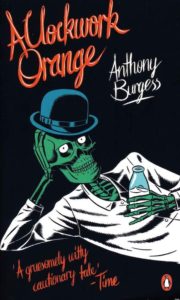 This is a sort of cheerful horror which many British readers, adventurous or not, will not be up to stomaching. Even I, all-tolerant as I am, found the double child-rape scene a little uninviting, especially since it takes place to the accompaniment of Beethoven’s Ninth, choral section. What price the notion that buying classical LPs is our youth’s route to salvation, eh?

But there’s no harm in it really. Mr Burgess has written a fine farrago of outrageousness, one which incidentally suggests a view of juvenile violence I can’t remember having met before: that its greatest appeal is that it’s a big laugh, in which what we ordinarily think of as sadism plays little part.

There’s a science-fiction interest here too, to do with a machine that makes you good. We get to this rather late on, as is common when a writer of ordinary fiction has a go at such things, but it’s disagreeably plausible when it comes. If you don’t take to it all, then I can’t resist calling you a starry ptitsa who can’t viddy a horrorshow veshch when it’s in front of your glazzies. And yarbles to you.”