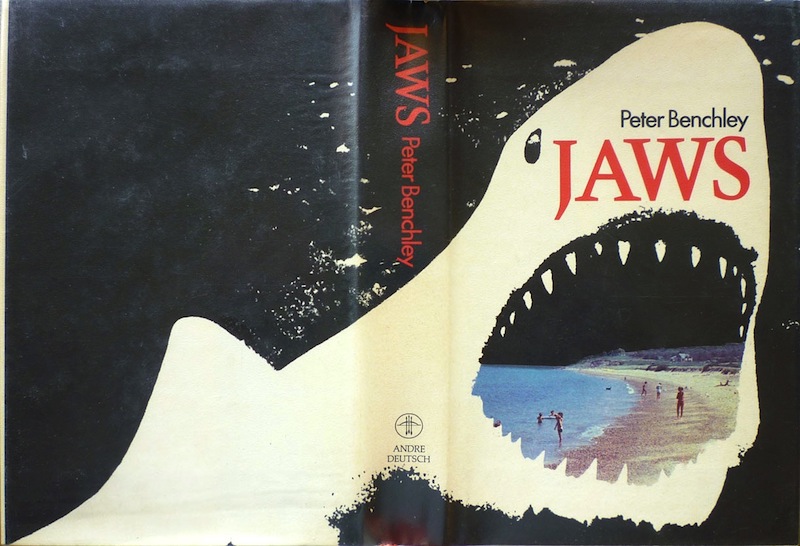 "A Bath Tub Version of Moby-Dick": TIME Takes a Bite Out of Jaws 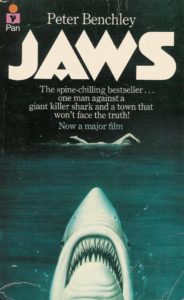 “The jaws in question—vast, inexorable, connected not to a mentality but to an appetite—are those of cliche and crude literary calculation. The man pulling the string that makes the cruel teeth clack together is First Novelist Peter Benchley, 33, son of Writer Nathaniel Benchley and a grandson of the great funnyman Robert Benchley.

It is Benchley’s fictional conceit that a Great White Shark of mythic size and ferocity has veered out of its normal deepwater territory and begun to pot-hunt off the swimming beach at Amity, L.I. The creature kills a young woman who is swimming alone at night. When bits of her body wash ashore the next morning, there is no mistaking what has happened, but the town fathers persuade Police Chief Martin Brody not to close the beaches. After all, it is the beginning of the tourist season, rentals are lag ging anyway, and with luck the thing will rumble off to Patagonia, or at least to East Hampton. 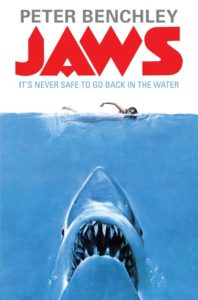 Alas for town-fatherhood, vexed like all fatherhood. The shark continues to lurk near Amity, snapping up summer people like a trout after May flies, and there go the old property values. Chief Brody does not much like summer people, or the little crocodiles they wear on their tennis shirts, but he decides to hunt the fish.

None of this is impossible in summary, but in the working out, events often simply refuse to take on life and momentum. The author is embarrassingly visible as he scuttles about his collapsing narrative, tugging and shoving here and there to get things moving.

Nothing works — not a hokey assignation between Brody’s wife and a predatory ichthyologist, and especially not an eat-’em-up ending that lacks only Queequeg’s coffin to resemble a bath tub version of Moby-Dick.”