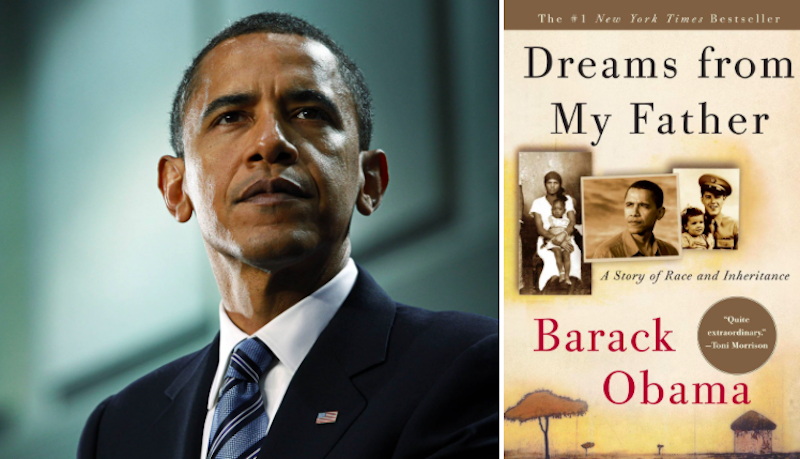 A 1995 Review of Barack Obama's Dreams From My Father

"Barack Obama has bravely tackled the complexities of his remarkable upbringing. But what would he have us learn?" 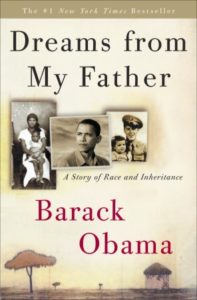 My identity might begin with the fact of my race, but it didn’t, couldn’t end there.
At least that’s what I would choose to believe

“All men live in the shadow of their fathers—the more distant the father, the deeper the shadow. Barack Obama describes his confrontation with this shadow in his provocative autobiography, Dreams From My Father, and he also persuasively describes the phenomenon of belonging to two different worlds, and thus belonging to neither.

Now in his mid-30’s, Mr. Obama is the son of a white American mother and a black Kenyan father who met and married as students at the University of Hawaii. His father returned to Kenya when Mr. Obama was still young. Mr. Obama charts his journey through adolescence into manhood with the familiar type of anecdotes, but adds to them a bewildering combination of races, relatives and homelands, from Hawaii to Indonesia to Africa to Chicago. 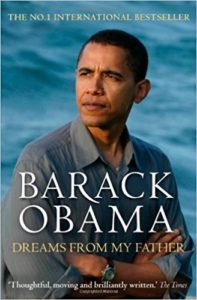 “His father’s sudden death after the two have re-established contact prevents Mr. Obama from confronting anything but the man’s legacy. He travels to Kenya, where he and his newly found siblings visit their father’s Luo tribal lands.

Mr. Obama anticipates this homecoming optimistically, equating it with scenes in Alex Haley’s popular book Roots. But on his arrival the myth of Africa and the folkloric tales of his father are quickly replaced by a more sober reality. The scenes describing Mr. Obama’s bewilderment at seeing a land he has known only through stories, and at learning of his father’s drinking habits, his arrogance and his decline from successful academic to object of pity, are finely written. Mr. Obama’s final judgment on his father, however, had come much earlier. ‘I realized how even in his absence his strong image had given me some bulwark with which to grow up, an image to live up to or disappoint.’ What his African sojourn teaches Mr. Obama is that he cannot wait for such a judgment to be passed upon himself, because the only man who can deliver it is dead. 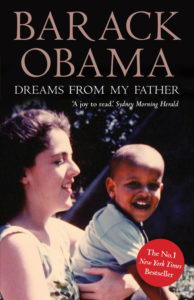 “Whether Mr. Obama has at last made peace with himself remains unclear, but he has at least stepped out of the paternal shadow. He does this, as all sons must, by achieving and surpassing the lofty goals set for him by the father: ‘You are an Obama. You should be the best.’

At a young age and without much experience as a writer, Barack Obama has bravely tackled the complexities of his remarkable upbringing. But what would he have us learn? That people of mixed backgrounds must choose only one culture in which to make a spiritual home? That it is not possible to be both black and white, Old World and New? If this is indeed true, as Mr. Obama tells it, then the idea of America taking pride in itself as a nation derived of many different races seems strangely mocked. America will always be part of the Old World and part of the New, part dream and part reality—that truth is integral to the greatness and the possibility from which Mr. Obama has so richly profited.”