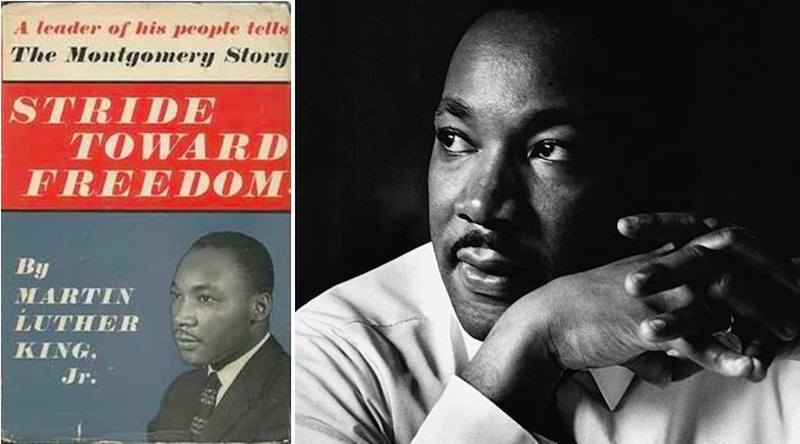 A 1958 review of Martin Luther King Jr.'s Stride Toward Freedom 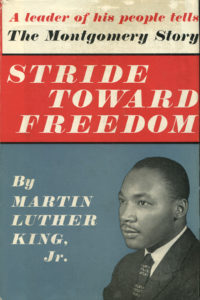 The mere fact that we live in the United States means that we are caught in a network of inescapable mutuality. Therefore, no American can afford to be apathetic about the problem of racial justice

“The story of Montgomery, Alabama, has in the last few years, been more or less familiar to anyone who casually scanned the headlines. Seat of anti Negro hostility, it was a natural battleground on which Negroes and sympathetic whites would stage a battle for non-discrimination. In his autobiography, Dr. Martin Luther King, a Negro pastor and leader of the Montgomery non-violence campaign, describes in vivid and moving terms the incidents which turned this campaign from an academic protest into a passionate battle for integrity. Long victimized by the indignities of segregation, the Negroes in Montgomery could finally endure no more. Forced to stand while white passengers sat, abused, insulted and mutilated them, the Negro community under Dr. King’s leadership organized a general boycott of Montgomery buses. Incidents of violence followed, but only on the part of the whites. Determined to maintain a passive calm, the Negroes persisted in their stand, and finally, segregation of public vehicles was declared illegal by the United States Supreme Court. Dr. King’s compassionate account of his people not only indicates possible future action, but makes it impossible for any reader to regard the problems of the Southern Negro as an obscure and impersonal issue.”