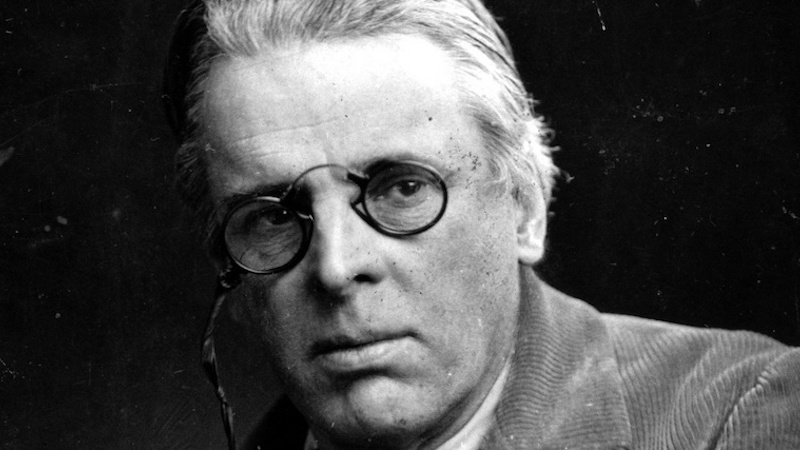 "Yeats has not brought his poetry down; he has raised man up" 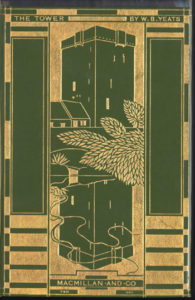 We had fed the heart on fantasies,
The heart’s grown brutal from the fare;
More Substance in our enmities
Than in our love; O honey-bees,
Come build in the empty house of the stare.

“William Butler Yeats’ The Tower is by no means a large volume but it arrests with its measured cadences and mature thought. Mr. Yeats’ title piece, ‘The Tower,’ is a meditation on life and age, breathing in parts a Wordsworthian sincerity, but not coming to so definite a conclusion as such a poem would have been brought by the poet of Rydal Mount. Perhaps the reason for this lies in the passage of time; conclusions on life seem not so easily drawn as a century ago. The poem opens with a question and closes with the poet’s last will and testament, an instrument in which is mingled just that suggestion of humor so instinctive with Yeats’ countrymen. The opening:

What shall I do with this absurdity—
O heart, O troubled heart—this caricature,
Decrepit age that has been tied to me
As to a dog’s tail?
Never had I more
Excited, passionate, fanatical
Imagination, nor an ear and eye
That more expected the impossible—

The poem as it proceeds extols nobleness of mind as the only sure foundation and abiding worth of life. It is the Wordsworthian doctrine:

There is One great society alone on earth:
The noble Living and the noble Dead.

And thus the Irish poet arrives finally at the making of his ‘will’:

It is time that I wrote my will;
I choose upstanding men
That climb the streams until
The fountain leap, and at dawn
Drop their cast at the side
Of dripping stone; I declare
They shall inherit my pride,
The pride of people that were
Bound neither to Cause nor to State,
Neither to slaves that were spat on,
Nor to the tyrants that spat. 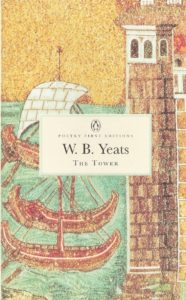 “There is in this volume lyric strength; but there is not the lyric buoyancy that so notably marked Yeats’ earlier work; it is as if the eye had grown a little weary, the heart a little sad, at the spectacle of humanity. But there is pleasantly lacking the note of pessimism so often sounded today. Yeats has not brought his poetry down; he has raised man up. Two short lyrics will prove the poetic philosophical calm of Yeats’ age; and then this article must pass on. The first is called ‘The Mermaid’:

A mermaid found a swimming lad,
Picked him for her own,
Pressed her body to his body,
Laughed; and plunging down
Forgot in cruel happiness
That even lovers drown.

And the second bares the caption, ‘The Empty Cup’:

A crazy man that found a cup,
When all but dead of thirst,
Hardly dared to wet his mouth
Imagining, moon-accursed,
That another mouthful
And his beating heart would burst.
October last I found it too
But found it dry as bone,
And for that reason am I crazed
And my sleep is gone.