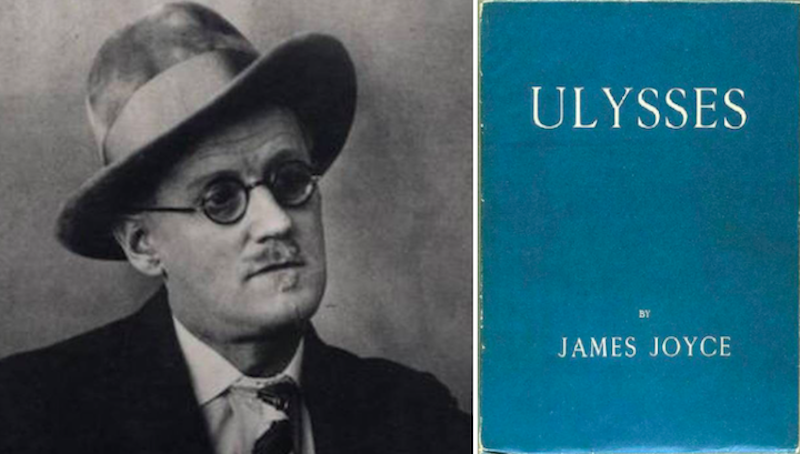 A 1922 review of James Joyce's Ulysses

Did you know that iconic mid-century American literary critic/Nabokov frenemy No. 1 Edmund Wilson reviewed James Joyce’s Ulysses upon its publication in 1922? You did? Well, good for you.

As today is the 80th anniversary of the death of Ireland’s most famous writer, here’s a look back at Wilson’s New Republic review, in which he deems Ulysses, “for all its appalling longueurs,” a work of genius. 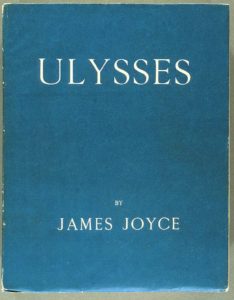 History, Stephen said, is a nightmare from which I am trying to awake.

“…an ironic and amusing anecdote without philosophic moral … The thing that makes Ulysses imposing is, in fact, not the theme but the scale upon which it is developed. It has taken Mr. Joyce seven years to write Ulysses and he has done it in seven hundred and thirty pages which are probably the most completely ‘written’ pages to be seen in any novel since Flaubert.

“…in Joyce you have not only life from the outside described with Flaubertian virtuosity but also the consciousness of each of the characters and of each of the character’s moods made to speak in the idiom proper to it, the language it uses to itself. If Flaubert taught de Maupassant to find the adjective which would distinguish a given hackney-cab from every other hackney-cab in the world, James Joyce has prescribed that one must find the dialect which would distinguish the thoughts of a given Dubliner from those of every other Dubliner.

“…these voices are used to record all the eddies and stagnancies of thought; though exercising a severe selection which makes the book a technical triumph, Mr. Joyce manages to give the effect of unedited human minds, drifting aimlessly along from one triviality to another, confused and diverted by memory, by sensation and by inhibition. It is, in short, perhaps the most faithful X-ray ever taken of the ordinary human consciousness.

“Joyce, including all the ignobilities, makes his bourgeois figures command our sympathy and respect by letting us see in them the throes of the human mind straining always to perpetuate and perfect itself and of the body always laboring and throbbing to throw up some beauty from its darkness. Nonetheless, there are some valid criticisms to be brought against Ulysses. It seems to me great rather for the things that are in it than for its success as a whole. It is almost as if in distending the story to ten times its natural size he had finally managed to burst it and leave it partially deflated. There must be something wrong with a design which involves so much that is dull—and I doubt whether anyone will defend parts of Ulysses against the charge of extreme dullness … surely Mr. Joyce has done ill in attempting to graft burlesque upon realism; he has written some of the most unreadable chapters in the whole history of fiction.

“Yet, for all its appalling longueurs, Ulysses is a work of high genius. Its importance seems to me to lie, not so much in its opening new doors to knowledge—unless in setting an example to Anglo-Saxon writers of putting down everything without compunction—or in inventing new literary forms—Joyce’s formula is really, as I have indicated, nearly seventy-five years old—as in its once more setting the standard of the novel so high that it need not be ashamed to take its place beside poetry and drama.”