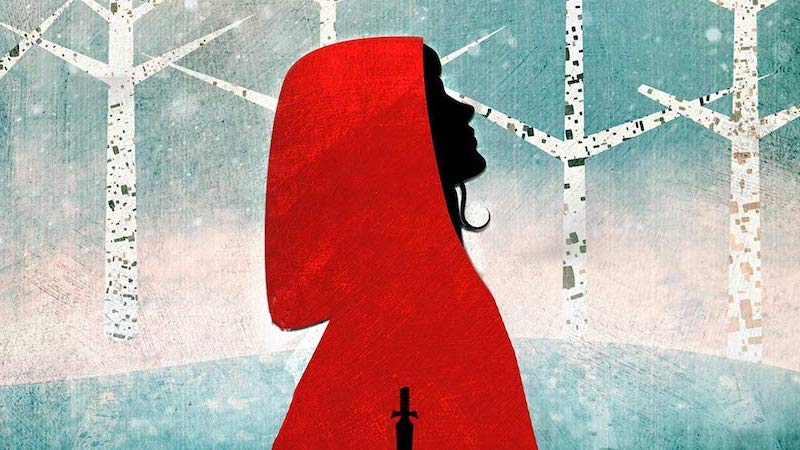 6 Sci-Fi and Fantasy Books to Light Up Your June

It’s June, it’s summer, which means it’s time to read outside in the sun as often as possible—or, if you’re as pale as I am, outside under an umbrella/muumuu/SPF 70 situation—and try to finally shake off some of the tension of the past year. In order to help you achieve a goal that’s felt frankly impossible for months, I have assembled an assortment of books that will transport you to a magical Jazz Age, a high-tech resort that promises fantastical adventure (if you don’t mind a little death), a spooky fairy tale mashup, a horrific resurrection, and, and I can’t believe I get to say this: Cannibal. Nuns.

And that’s all before we get to the sequel to a beloved modern classic. 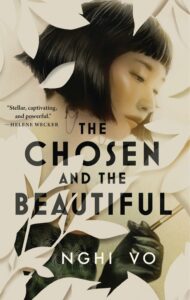 The Chosen and the Beautiful by Nghi Vo
(Tor Books, June 1)

Scott Fitzgerald’s Jazz Age classic The Great Gatsby donned a cream blazer and strolled out onto the great manicured lawn of the public domain this year. As a result, we are in the early days of an onslaught of prequels and retellings—and of all of them, the one I wholeheartedly recommend is Nghi Vo’s The Chosen and the Beautiful. Vo takes Fitzgerald’s world and infuses it with queerness, magic, and glittering commentary on the monstrous elite—read an excerpt here!

Vo tackles Gatsby’s society from Jordan Baker’s point of view, but in this version, Jordan is the adopted Vietnamese daughter of ultra-rich parents, and has to navigate a world that sees her as an exotic pet at best—and that’s without even knowing that the queerness so heavily implied in Fitzgerald is explicit in Vo’s telling. It’s lucky that she has access to an ancient form of magic, because in order to survive the summer, Jordan might have to break a few Eggs. 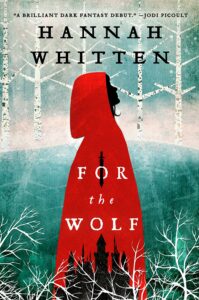 For the Wolf by Hannah Whitten
(Orbit Books, June 1)

The first daughter is for the Throne.

The second daughter is for the Wolf.

Hannah Whitten lifts the lid of Red Riding Hood’s basket to add in a hefty dash of Snow White and Beauty and the Beast in her fantasy debut. The Kingdom of Valleyda lives in fear—the only thing that stands between its good folk and the horrors of the Shadowlands is the twisted darkness of the Wilderwood, and the only way to guarantee that the barrier stands is to sacrifice an innocent girl, the Second Daughter of the Royal Family, when she reaches her 20th birthday.

Second Daughter Redarys has come to see a nobility in her martyrdom. When her day comes, she walks into the Woods, skirts the tearing arms of the trees, and makes it to the Wolf’s Keep. But there she learns that her sacrifice is far more complicated than she was led to believe, and that if she can’t learn the ways of the forest quickly, the monsters of the Shadowlands will overrun her land and destroy the family she’s left behind. 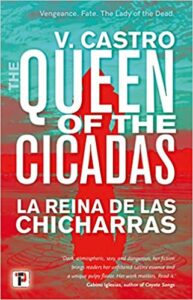 The Queen of the Cicadas by V. Castro
(Simon and Schuster, June 22)

The author of Goddess of Filth returns with a dark tale of murder, divine vengeance…and cicadas!

Milagro, a young woman from Mexico, is working on a farm in South Texas. When she’s murdered, her proper 1950s neighbors ignore her cries, and pretend that such nastiness never touched their town. But someone does hear Milagros—Mictecacíhuatl, the Aztec goddess of death. The goddess weaves herself into the dying woman, creating a curse that will restore both of them to physical life…though they may need to feed on some living people along the way. 70 years later, a young woman travels to the site of the murder for her best friend’s wedding. After decades-long coverup, the women have no way to know that the rural legend of La Reina de Las Chicharras—The Queen of The Cicadas—is based in fact, or that it’s about to add a horrifying new chapter. 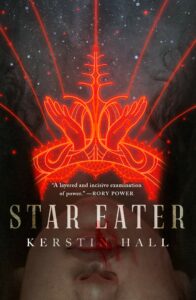 Any book from the author of The Border Keeper is going to interest me, but this one upped the stakes with the words “cannibal nuns.” Who can resist a cannibal nun?

The Sisterhood of Aytrium is sworn to preserve a magical bloodline…and like most stories involving oaths and magical bloodlines, this one’s pretty gruesome. Elfreda Raughn has kept her head down and compartmentalized to get through her icky daily schedule, but soon she’ll need to do some truly horrific things for the good of the order. She needs an escape—any escape. That’s why she jumps at a chance to spy for a shadow organization, people who want to know the secrets of the Sisterhood. But in order to hold up her end of the deal, she’ll need to rise through the ranks of the Sisterhood, blend in at high-status parties, and keep up her deceptions at all times. Will the horrors she has to inflict to get out of the Sisterhood be any easier to stomach than the ones she fled? 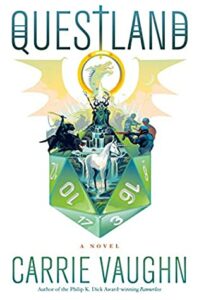 How would you respond if I walked up to you, gently pushed a book into your hands, and whispered (through a mask, of course) “THE MOST DANGEROUS GAMER.”

Because that’s kind of what I’m doing right now. Dr. Addie Cox is a literature professor. She’s coping with past trauma, but she finds a lot of joy in her academic life. She’s certainly not looking for a new gig. But then eccentric (and very rich) tech bro Harris Lang asks her to do a job for him. You see, like a lot of eccentric rich people, he bought an island, but unlike most of the super-rich he’s turned the place into an elite resort that will offer an immersive, high-tech fantasy role-playing experience full of magical animals and magical spells…for those who can afford it. The only problem is that one of his developers, Dominic Brand, has taken control of the island and created an invisible force shield. Nothing can get in or out, not people, not animals, not communication, so now Lang needs Addie to lead a team to get his island back.

The only other problem? Dominic Brand is Addie’s ex, and as much as she doesn’t want to wrestle with what he did to her, she knows she’s the only one who can get the team through his clever—and fatal—traps. 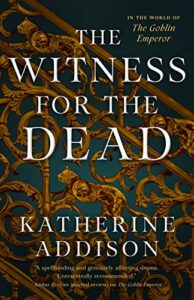 The Witness for the Dead by Katherine Addison
(Tor Books, June 22)

Set after the events of The Goblin Emperor, The Witness for the Dead is a fantasy twist on a gaslight mystery, with some noir thrown in for good measure.

In the faraway days of 2014, Katherine Addison gave us a book that has grown into a favorite of modern fantasy. The Goblin Emperor follows Maia, a half-Goblin, half-Elven teen who unexpectedly ascends to the throne after his father and elder brothers all die in a suspicious steamship accident. Maia proved to be a delightful protagonist, but one of the book’s standouts was Thara Celehar, a Witness for the Dead—kind of a priest/private detective, who can, in some cases, commune with the memories of the newly dead to find out how they died. Now Addison takes us back to the Elflands to join Celehar on a new adventure, as he works to embrace his priestly vocation and move on from the tragedies of his past.

Celehar is navigating a new city, and tangling with a tense hierarchy, when he’s called in to Witness for a beautiful young opera singer whose body was just pulled from the river. Within seconds Celehar knows her death was murder—but who could have done such an abominable thing? And what was a rising opera star doing in that seedy riverfront neighborhood in the first place? Can he solve this crime and bring the victim justice, as the city’s rich and powerful ally against him?