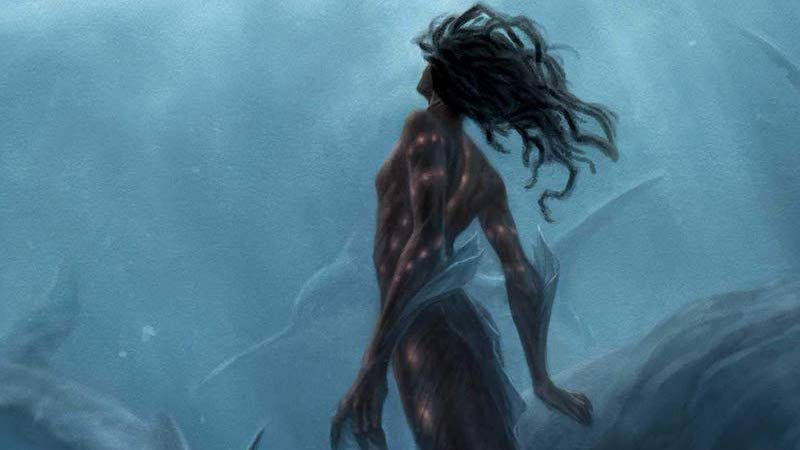 5 Sci-Fi and Fantasy Books to Watch For in November

Remember, remember—actually, what the heck is up with the 5th of November? All of my SFF recommendations this month are publishing on that same, auspiciously book-stuffed day! Perhaps the publishing industry understands that as we come to grips with The Month of Gift-Giving, closely followed by The Months When No One Wants To Leave The House, they need to load us up with potential presents and stuff to read. Whatever the reason is, tomorrow is going to be one hell of a Tuesday for Sci-Fi and Fantasy. Come gaze upon the wonders of clockwork thieves, troll-based mysteries, dark myths, haunted islands, and the return of a beloved fantasy author! 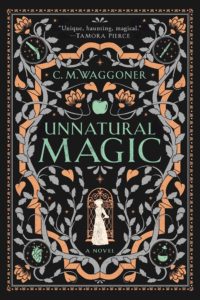 Someone’s killing trolls…but who? And why?

Young Onna is a deft magic-user, but the people of her village are set in their ways and refuse to send her to the national arcane academy with the boys from her class. Determined to prove herself, she sets sail for Hexos, a vibrant city-state where they’re more open to women practicing sorcery. Her academic plans are interrupted when she’s pulled into a murder investigation: four trolls have been found dead, but no one seems to know why. Far outside the city, Tsira, the daughter of a clan of trolls, is having just as much trouble fitting in. She finally decides to start a new life in a human city, but just as she begins her journey she finds a male human, grievously injured and left for dead. She feels compelled to care for him, and the two become close friends as his wounds heal—until someone makes an attempt on Tsira’s life. Now Tsira and Onna, unknown to each other, must set aside all of their plans to try to learn the truth of the murders before humankind and trollkind end up in a war that will destroy their shared home.

Erin Morgenstern returns with her first follow-up to her magical, bestselling debut, The Night Circus. And it seems as though there just might be more uncanny worlds for us to explore.

Graduate student Zachary Ezra Rawlins thinks he’s spending an ordinary evening in the college library when he finds a book filled with strangely entrancing tales. When he turns a page and finds a story about an incident in his own childhood, he becomes obsessed with learning how his life could be written down by a stranger. He follows clues that lead him from Vermont to New York, through secret clubs and into an underground library that hides a whole other world. A world whose survival is vital to the health of our own. Can Zachary protect it from the forces that seek to destroy it? 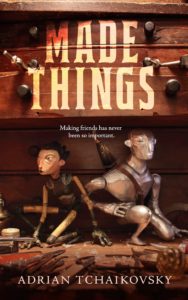 In Fountains Parish, you can’t really expect to live a shining, happy life, but you might just barely be able to keep your head above water if you commit to a life of crime. A street urchin like Coppelia usually wouldn’t stand a chance in a place like this, but luckily she has a secret weapon—a small troupe of wooden and metal companions, puppet-ish creations that have minds of their own. They don’t always like Coppelia, but they’re willing to work with her, and they give her enough of an advantage that she can scrape a living together. But when the young girl makes a terrifying discovery about Fountain Parish, she and the creatures have to make a difficult choice, and learn whether they can work together to defend their city from a seemingly impossible enemy. 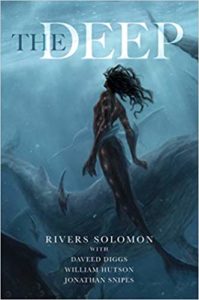 Solomon’s latest novella draws on the Hugo Award–nominated song “The Deep” by the experimental industrial/hip-hop group clipping., featuring Daveed Diggs, William Hutson, and Jonathan Snipes. It asks an impossible question: How can you hold the past of an entire people? How can you live under such a burden of pain?

Yetu’s people are weighted down with their history. They are the water-breathing descendants of enslaved African women thrown overboard during the Middle Passage, their pregnancies deemed undesirable. Generations later, these descendants live an idyllic life in the deep, a life made possible because the horror of their ancestry is held and remembered by one person, the Historian. When Yetu is chosen for the role, she realizes that so many memories are crushing her. She flees to the surface to escape, only to find that the world her ancestors left behind has churned into an unimaginable future. If she and her people want to be part of it, they’ll have to reckon with their past and lay claim to their memories—no matter how painful. 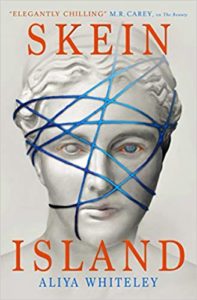 Skein Island rises from the sea twelve miles off Devon’s shore, battered by waves and wind. Since 1945 it has operated on the whim of Lady Amelia Worthington, acting as a private refuge for women who can come for one week’s stay, if they’re invited.

And if they’re willing to pay the price.

One can only take advantage of the island’s solitude and peace in exchange for a Declaration: a story mined from your past, to be added to the Island’s library. What is done with your story after you leave? Perhaps it’s better not to ask. But now there are thousands of stories tucked away on the Island—lifetimes of stories—and it’s not entirely clear that the Island will be able to hold them much longer…