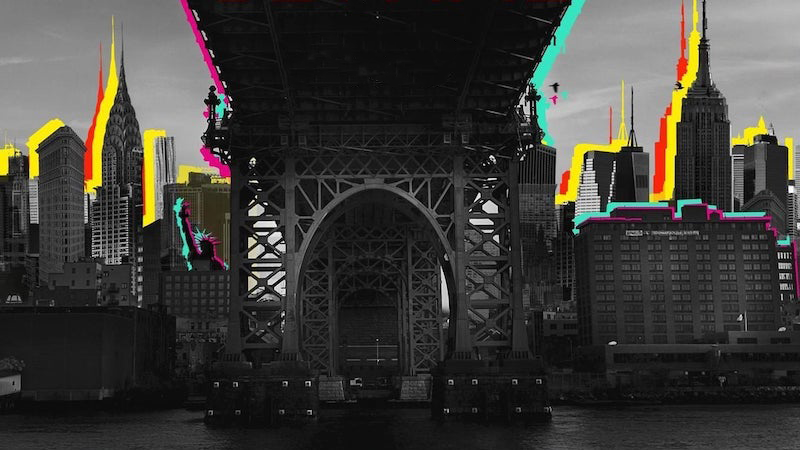 5 Sci-Fi and Fantasy Books to Watch For in March

I’ve never been a fan of March. Aside from giving me the opportunity to suck down a Shamrock Shake (nostalgia/irony) the weather tends to be too unsettled for springtime activities, while fully bundling up for winter feels like overkill. Especially in these times of turbulent climate, March just seems like it’s lying in wait, like a school bus bully biding his time to stick his foot out and trip you in the aisle. But perhaps it’s just me? I will, however, happily admit that March 2020 is bringing us such a lionish windfall of books that it is already soothing me into a sense of lamblike tranquility. We’ve got a picaresque satire that takes the realities of a gig economy to surreal extremes, an adult series from an acclaimed YA author, the U.S. release of an eerie classic, a family saga steeped in Hawaiian culture, and…(trumpet flourish) A BRAND NEW N. K. JEMISIN NOVEL! 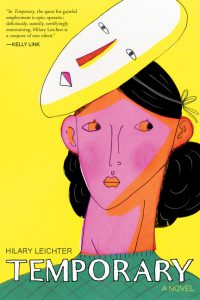 Hilary Leichter’s debut could seem like an early ‘00s office comedy: an unnamed Temp drifts from job to job, trapped in increasingly surreal situations, all trying to find the magical gig that will turn permanent. Instead Leichter’s deadpan wit and sharp observations turn the book into a lacerating look at the state of work in the 21stCentury, the terror of trying to earn a living, the way your work defines you and shapes your future, and the way being a temp can nibble away at any sense of foundation or self-worth.

But don’t worry, this book is also hilarious, and co-stars witches, pirates, gods, floating toads, a couple of ghosts, a human who takes a gig as a parrot, bank robbers who need to find people to cover their sick days, and a whole cast of people who, whether they realize it or not, might be just as adrift as our loveable narrator. 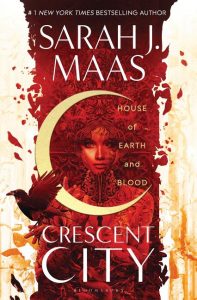 Sarah J. Maas has already written two bestselling series, Throne of Glass and A Court of Thorns and Roses. Now she’s launching her new Crescent City series with a supernatural noir-tinged thriller, House of Earth and Blood. Bryce Quinlan is half-human/half-Fae. She loves her job, she loves hitting the clubs at night, she loves, well, most of her life. But all that is shattered when a demon murders her best friends, and even after the creature is captured and imprisoned, Bryce is trapped in a haze of grief. How can she move on with her life?

But then there are more murders. They match up, detail for detail, with her friend’s death. Is it a copycat—or is the real killer still alive and well in her city? Bryce throws herself into the investigation, and is paired with Hunt Athalar, a Fallen Angel now in the thrall of the Archangels he plotted against. Can the two of them work together to solve the crime and put Bryce’s grief to rest? Can you ever really trust a Fallen Angel? 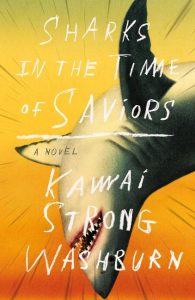 Sharks in the Time of Saviors by Kawai Strong Washburn
(MCD, March 3)

Kawai Strong Washburn’s debut drops us into a terrifying scene: the Flores family, on vacation for the first time in ages, watch in horror as seven-year-old Nainoa falls over their cruise ship’s railing. Rushing to try to rescue the boy, the family sees sharks circling and lose all hope. But the sharks don’t attack Noa—instead, one scoops him up, cradles him in rows of merciless teeth, and gently delivers him to his mother’s arms. Once the family recovers from their shock, they take this as a blessing of the gods of Hawaii, and when Noa begins to exhibit extraordinary powers their belief is only strengthened.

Jumping ahead, the family has all but fallen apart. Noa has left his home islands to be a paramedic on the rainy streets of Portland, still trying to harness his gifts; elder brother Dean is killing himself trying to make it as an athlete—not for love of a sport but because he craves fame—and little sister Kaui is killing herself in academia—not because she loves study, but because she wants to erase her family’s history in the sugarcane fields. It’s only when the supernatural once again takes hold of the Flores family that the three siblings must come home to Hawaii and confront each other, their past, and what it means when the gods take notice of you. 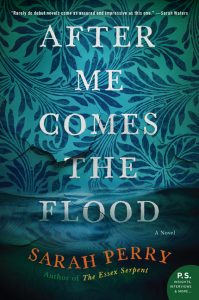 After Me Comes the Flood by Sarah Perry
(Custom House, March 17)

After Me Comes the Flood, Sarah Perry’s debut, was published in the U.K. in 2014. Now it’s finally coming out in a U.S. edition, and it is well worth the wait. In contrast to Perry’s bestselling The Essex Serpent, a love story that teemed with primal nature, AMCTF announces itself as a surreal thriller from the opening. John Cole leaves his London bookshop to seek some cooler temperatures at his brother’s house, but his brother never arrives home. John heads out to look for him, but his car promptly breaks down by a dark and mysterious wood, and John is soon hopelessly lost.

Until, that is, he finds a decaying mansion, and a laughing girl who’s been expecting him. She brings him in, introduces him to a knot of people inside who also seem to know him—which is impossible—and he falls into a dark fairy tale about fate and identity, carrying the reader with him. 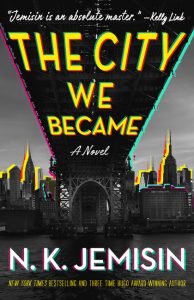 This is one of the most-anticipated speculative fiction titles of the year, and with good reason! In The City We Became N. K. Jemisin continues the tale she began in a short story (“The City Born Great”) of a living city and its human avatars. In this case the city is New York, whose avatar is untested and not up to the task of defending the City from an alien invasion. Enter the new avatars NYC produces itself: five in all, named for the boroughs that created them. Can they work as a team to defend their City? Will their combined powers ward off the evil Woman in White? And of course this is Jemisin we’re talking about, so the story also tackles NYC’s IRL issues, like police violence and gentrification, to ask whether we can root out our internal nemeses once these pesky extraterrestrials have been handled.