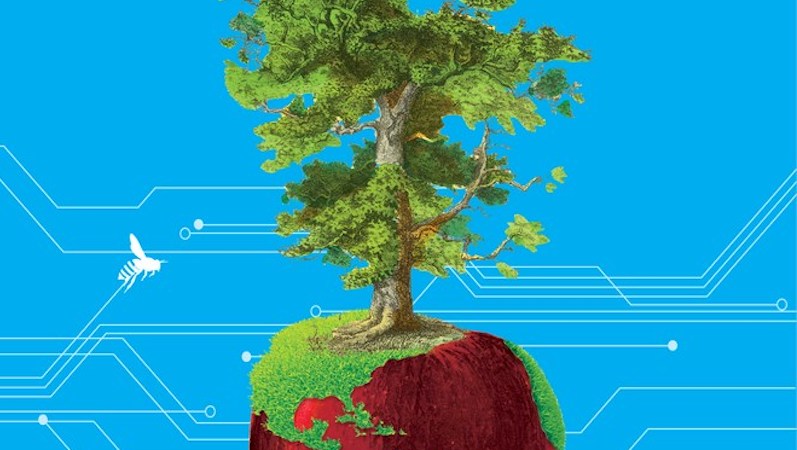 As we hit the part of summer that reminds me that I don’t like summer, I’ve gathered up five books that will make excellent sunny beach reads, or, if you’re like me, provide some respite from the blistering hatred of the sun as you hide in a cool, dark library. This month’s offerings skew a little more toward dark fantasy and horror than I was expecting, which is always fun, and include: an epic journey to an ice sheet! A totally cool, not-horrific-at-all trip to The Hamptons! Meditations with a tea monk! A totally relaxing, not-horrific-at-all trip to the mountains! And at least one serial killer! (That last one doesn’t exactly scream summer, I know, but it’s a new Grady Hendrix and thus a perfect vacation read.) Enjoy!

A new genrebending book from Matt Bell is always a cause for celebration, and this one is, um, well, it’s the kind of book I lovingly call a “chonker.”

One century apparently isn’t good enough for Mr. Bell, who hops from 1700s Ohio to the 2070s (spoiler alert, it’s um, not going too well, climate-wise) to the 3000s, when the continent has once again scraped clean by a massive glacier. As if the epoch-spanning timeline wasn’t ambitious enough, Bell also shifts points-of-view and writing styles to reflect each part of his epic, and moves from the bucolic story of a pair of brothers (one human, one not) seeding trees across North America, to a suspenseful tale of corporate eco-espionage as a resistance movement fights climate collapse. Finally, he joins one lonely, desperate, sentient being who follows a homing beacon across an ice sheet that may have no end. Are there other? Some last remnant of civilization? And even if there is something else out there—what will they do once they find it? 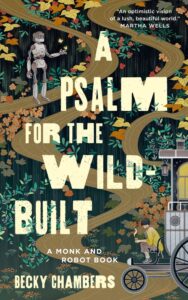 A Psalm for the Wild-Built by Becky Chambers
(Tordotcom Publishing, July 13)

Hugo Award-winner Becky Chambers has already brightened up the SF genre with her hopepunk Wayfarers series. Now, with the first book in her Monk & Robot series, she’ll be looking at the intersection of joy, sentient robots, and tea.

When the robots of Panga gained sentience, they decided to give up working for men, and travel together into the desert. They promised to return to their old masters some day, but that was centuries ago now. The humans’ memories of their servants faded until they transformed into myth.

Which is why, when a tea monk is suddenly confronted by a robot, it doesn’t feel so much like the honoring of a promise as a creature from legend suddenly turning out to be real. Under any circumstance, this would be a disruption in the ordered life of the monk, but it’s all made far more complicated by the robot’s mission: He must ask a question, and he cannot return until he has a sufficient answer.

The question?  “What do people need?” So you see, it’s going to be a while before the robot can return to its own kind.

A Touch of Jen by Beth Morgan
(Little, Brown and Company, July 13)

Millennial parasocial body horror? If you’re looking for horror that could only exist right now, Beth Morgan’s A Touch of Jen is the best read you’re going to find this summer. Remy and Alicia are scraping a life together in Brooklyn, each working at a different restaurant, and trying to keep their relationship fresh while sharing a place with a roommate. It’s not going well. Their strongest bond is a shared obsession with Jen, an acquaintance of Remy’s who runs her own business and is steadily rising as an influencer. Soon Jen is the center of their social media, their conversation, and even their sex life.

When they bump into Jen IRL they’re shocked when she invites them out to the Hamptons with a group of her friends—but they have to go, right? You can’t say no to an opportunity like that. Of course, once they’re in Montauk with all of Jen’s real (rich) friends, all sort of fissures and class disparities begin to surface. And then there are the GIANT INSECTS. And the screaming at night. And the increasing sense that reality has cracked beyond repair. But it beats staying in the city all summer. 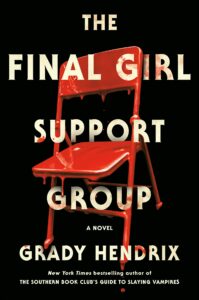 We all know what the “Final Girl” is in a horror movie: the last girl standing, the one who’s morally pure enough, tough enough, or resourceful enough to make it through the chainsaw rampage, or the sleepaway camp slashings, or the dreams-that-turn-out-to-be-real. But what about a Final Girl in real life?

In this tribute to some of the greatest horror icons, Grady Hendrix introduces us to Lynette Tarkington. After she survived a massacre, she tried to put her life back together with the help of her support group: five other girls who survived unthinkable tragedy, and the therapist who keeps them all going. It’s been ten years, and things are starting to look up, until one day one of the girls misses a meeting. Could it be that their darkest fear is coming true, and a killer has found them? Can they be strong enough to relive their horror, and fight back for a chance at a future? 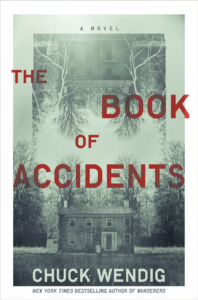 In 2019 Chuck Wendig gave us The Wanderers, an epic tale of the apocalypse that followed a giant cast of characters as they tried to survive a pandemic and find meaning in a radically changed world.

In the mountains of Western Pennsylvania, a dark, hungry force prowled through the tunnels and coal mines. Its evil touched the lives of Nathan, a boy living in fear of his abusive father, and Maddie, a girl who tried to conquer her nightmares with uncanny sculptures. Now, years later, Nate and Maddie are happily married, the past is in the past, and they’re building a future with their son Oliver. The past is so past that when they move back home, they don’t think to warn their child about what might still live in the mountains, and it never occurs to Oliver not to trust the mysterious local boy he meets…