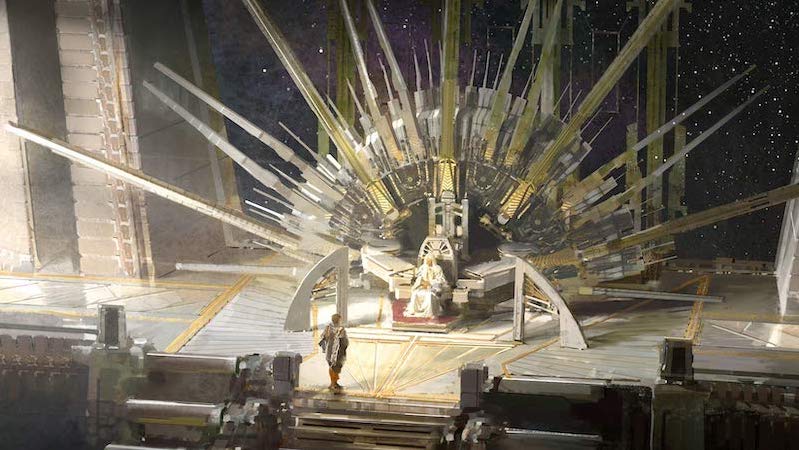 Lions! Lambs! Shamrock Shakes! Basketball, I think! Excellent SFF! This is what March is made of, and I’m proud to present five marvelous upcoming titles for you to lose yourself in during this weird, not-quite-spring-exactly month.

March’s selections include everything from magical dough to time travel to two different space operas—space operas which revolve around grasping Empires that are not overly concerned with the happiness of their subjects. While I cannot condone the behavior of heartless, expansionist space empires, I will admit that their machinations make for exciting reading.

Helen Oyeyemi’s follow up to Mr. Fox and Boy, Snow, Bird gives us a new take on her characteristic blend of realism and fable. This time, a thoroughly modern mother (Harriet Lee) and daughter (Perdita Lee) find themselves interrogating their relationship to each other, to family, and to the idea of femininity through a generations-old, and possibly enchanted (!!!) gingerbread recipe. And when Perdita tries to track down her mother’s childhood friend Gretel, she discovers a side to her family history mother’s history, and their homeland, Druhástrana, than she ever thought possible.

A new story from the author of the novel Alif the Unseen and the comics Air and Ms. Marvel, The Bird King takes us to Inquisition-era Muslim Spain. A concubine named Fatima and Grenada’s royal court cartographer Hassan await an event that will shake their world: the arrival of emissaries from the new Spanish monarchy. Why are they so concerned? Hassan has the uncanny ability to create maps that change the reality they depict. When the Spanish court finds out about his talent, Fatima knows she has to smuggle her friend to safety. But how will the two navigate the countryside while ducking agents of the Spanish crown? Well, that’s where the jinn comes in… 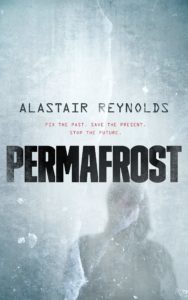 Alastair Reynolds has had a long and varied career as an author, after having had a long and varied career as an astrophysicist! His deep knowledge and love of science are woven into his prose, and in Permafrost he tackles a terrifying post-climate change future. In 2080, most humans have accepted that humanity only has about a decade left before the food supplies collapse—at which point everyone will need to decide between slowly starving to death and visiting a friendly neighborhood euthanasia clinic. But there is one tiny sliver of hope, because a group of scientists have figured out a form of time travel that might work, meaning they might be able to send a volunteer back to 2028 to try to fix the future. But time travel never does run smoothly: the volunteer will essentially be a passenger in her host’s mind. If she can’t hijack the woman’s thoughts and intentions, she’ll be trapped, helplessly watching as the same dark future unfolds before her. And if she changes things too much…well, who knows what might happen?

Have you been reading the Expanse books? Have you been watching the show? (If not, the whole thing is up at Amazon Prime now, and it’s fantastic!) If you like intense stories that just happen to take place in SPAAACE, you should take a look at this series, which is written by Daniel Abraham and Ty Franck under the shared nom de SPAAACE, James S.A. Corey. Tiamat’s Wrath is the eighth book in the series, following Persepolis Rising. (There are also a number of short stories and novellas in the series—it’s pretty all-encompassing.) In this installment, a militant colony called Laconia is trying to turn the solar system into humanity’s first true interstellar empire. The scrappy crew of the Rocinante do what scrappy crews have always done: they jump into the fray against the nascent empire in a desperate bid to restore freedom. 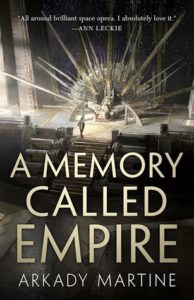 And if you’re not quite ready to leave space, we’ve also got a debut space opera from Arkady Martine. The story begins when a new Ambassador, Mahit Dzmare, shows up to begin a new post in the center city of the vast Teixcalaanli Empire, but immediately discovers that her first job will be investigating the murder of the ambassador she has been hired to replace, which she can hopefully do while evading attempts on her life, and protecting her tiny, beloved home Station from the aggressive expansion of the Empire.