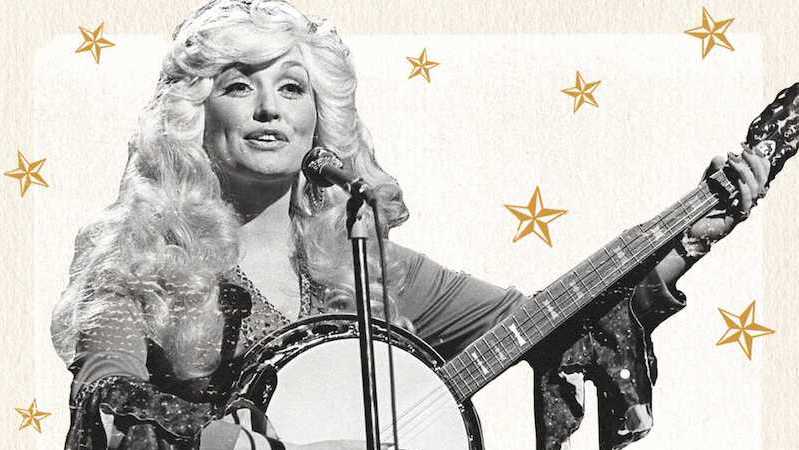 5 Reviews You Need to This Week

From Dolly Parton to Don DeLillo, white supremacists to marauding bears, and more

Our quintet of quality reviews this week includes Dwight Garner on Don DeLillo’s The Silence, Lorainne Berry on Sarah Smarsh’s She Come By It Natural, Patrick Blanchfield on Matthew Hongoltz-Hetling’s A Libertarian Walks Into a Bear, Lauren Oyler on Shirley Hazzard’s Collected Stories, and Jennifer Szalai on Talia Lavin’s Culture Warlords.

“DeLillo’s new one is a pristine disaster novel with apocalyptic overtones. It’s a Stephen King novel scored by Philip Glass instead of Chuck Berry … The good news about The Silence is that it’s engrossing and that, at 83, DeLillo’s syntax is as prickly as ever. I’m as attracted as anyone else to stories of doomed airplane flights and intimations of the end of the world, and DeLillo mostly held me rapt. I was never sorry to be holding this novel. The bad news, in addition to a certain amount of black-box, black turtleneck pretentiousness that is a hallmark of late-career DeLillo, is that The Silence reads like the first two chapters of a disaster novel. At 117 pages, it’s over before it gets started. It’s as if a filmmaker put two couples inside a remote old farmhouse for the weekend, cut the power, cued the dogs of hell and then rolled the credits … The Silence was completed before the arrival of Covid-19, but is a snug psychological fit with our current moment. We are, DeLillo writes, ‘all escorting each other through the mass insomnia of this inconceivable time’ … a minor, oddly frictionless DeLillo novel. In terms of his career, it is not waterfall but spray. Posterity will be kind to him, but it will take relatively little note of this production.”

“In Heartland, [Smarsh] detailed the daily struggle of those working service or farm jobs to not only put food on the table but also access basic medical care. She herself had worked many of those jobs, so knew what she wrote about firsthand. The author’s follow-up is both surprising and completely of a piece. She Come by It Natural is a paean to cultural icon Dolly Parton, who emerged from her poverty-stricken upbringing in Pigeon Forge, Tenn., to become a country superstar and philanthropist. Smarsh argues that the mischaracterizations of poor people that plagued campaign coverage had also slighted the country singer, with the added insult of typecasting her as ‘a dumb blonde’ … What sets Smarsh’s project apart is her focus on class, as well as the personal experiences she brings … This book is a kind of reclamation project, beginning with that typecast persona … Smarsh isn’t shy about critiquing some of her other business ventures, including the dinner theaters formerly known as ‘Dixie Stampede’ … a praise song for the cultural icon, but what emerges from an examination of Parton’s life and work is just how much relevance her lyrics have had—for Smarsh and for other women—and why so much of the writing in the book is deeply personal.”

–Lorainne Berry on Sarah Smarsh’s She Come By It Natural: Dolly Parton and the Women Who Lived Her Songs (The Los Angeles Times)

“This is the so-called Free Town Project, a venture wherein a group of libertarian activists attempted to take over a tiny New Hampshire town, Grafton, and transform it into a haven for libertarian ideals—part social experiment, part beacon to the faithful, Galt’s Gulch meets the New Jerusalem. These people had found one another largely over the internet, posting manifestos and engaging in utopian daydreaming on online message boards … The resulting narrative is simultaneously hilarious, poignant, and deeply unsettling. Sigmund Freud once described the value of civilization, with all its ‘discontents,’ as a compromise product, the best that can be expected from mitigating human vulnerability to ‘indifferent nature’ on one hand and our vulnerability to one another on the other. Hongoltz-Hetling presents, in microcosm, a case study in how a politics that fetishizes the pursuit of ‘freedom,’ both individual and economic, is in fact a recipe for impoverishment and supercharged vulnerability on both fronts at once. In a United States wracked by virus, mounting climate change, and ruthless corporate pillaging and governmental deregulation, the lessons from one tiny New Hampshire town are stark indeed … Combining wry description with evocative bits of scientific fact, Hongoltz-Hetling’s portrayal of the bears moves from comical if foreboding to downright terrifying … Clearly, when it comes to certain kinds of problems, the response must be collective, supported by public effort, and dominated by something other than too-tidy-by-half invocations of market rationality and the maximization of individual personal freedom. If not, well, then we had all best get some practice in learning when and how to play dead, and hope for the best.”

“Shirley Hazzard is a perfectionist’s writer. Her books, composed of dense, layered sentences, are like the sort of difficult, delicate cakes no one bothers to make anymore. They’re slender yet solid, consummate, as fascinated and affected by the mysteries of experience as they are self-assured. Striving for the ‘wholeness’ that characterizes great art—the inherently ‘enigmatic quality of synthesis, which does not lend itself to analysis’—Hazzard believed literature to be ‘a matter of seeking accurate words to convey a human condition.’ As if to balance the seriousness of her incorruptible style, the human condition she most often sought to convey was love … Hazzard’s fiction is remarkably consistent in theme, style, and accomplishment. Her cosmopolitan love stories are set in a globalizing, postwar midcentury against a vivid but recessed background of historical events. In each work, she seems to be rearranging her ideas like furniture, the way her characters rearrange themselves—with striking calm—within their love affairs … I’ve come to think of her work as the inverse of the airy minimalism in vogue among fiction writers now. Where contemporary aphorists call on the reader to fill in the gaps of their fragmented narratives, often visually represented as white space, Hazzard manages to traverse incredible spans of time and emotion from sentence to sentence and paragraph to paragraph while fastidiously ensuring everything the reader needs to understand is there.” 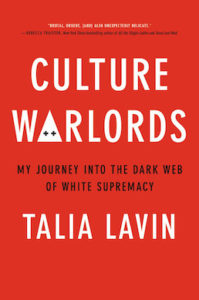 “Culture Warlords isn’t one of those books in which an intrepid author journeys behind enemy lines in order to write plaintively of our shared humanity. Yes, Lavin says, the people she encountered were human—ordinary individuals who eat, drink, sleep, and feel sadness and joy like anyone else. But it’s precisely their humanity that angers her; their hatred is ‘the culmination of dozens or hundreds of small human choices.’ Studying the far right made her more knowledgeable about and less patient with those who tolerate it. Her research, she says, ‘taught me how to hate’ … one of the marvels of this furious book is how insolent and funny Lavin is; she refuses to soft-pedal the monstrous views she encounters, and she clearly takes pleasure in cutting them down to size. She is aided in her mission by the fact that the language of extremists tends to occupy the space between risible and profoundly dumb … Lavin suggests that drawing delicate distinctions, an activity beloved by liberal moderates, is ultimately powerless against the steamrolling forces of an insurgent far right. Having been on the receiving end of the bile spewed by online trolls, she says that hatred flourishes when it’s allowed to take cover in the shadows: ‘Let us hold it to the light—this wet, rotting, malodorous thing—and let it dry up and crumble into dust and be gone.’ ”

–Jennifer Szalai on Talia Lavin’s Culture Warlords: My Journey Into the Dark Web of White Supremacy (The New York Times)