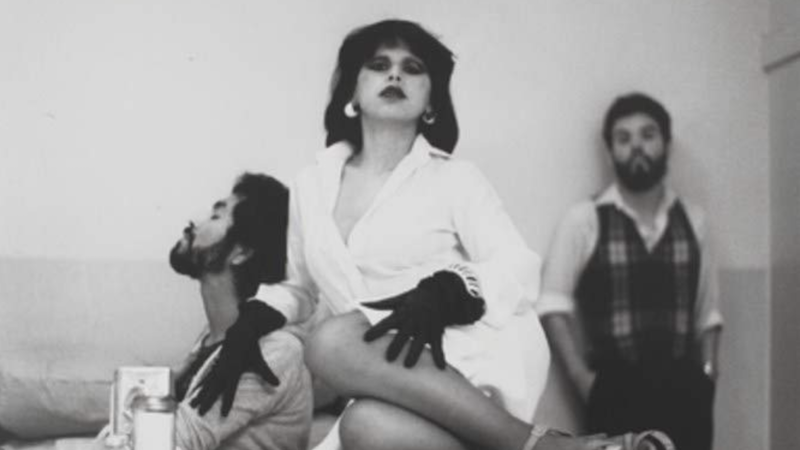 5 Reviews You Need to Read This Week: Trump, R. Kelly, and Other Dead Things

In her Chicago Tribune review of Soulless: The Case Against R. Kelly, Tressie McMillan Cottom was struck by Jim DeRogatis’ character study of the singer, calling it “a brutal corrective to R. Kelly’s myth.”

Over at NPR, Ron Elving gives his assessment of Siege: Trump Under Fire, the sequel to Michael Wolff’s sensational 2018 bestseller, Fire and Fury. “There may never have been a more polarizing president, nor an author less likely to be read as a neutral recorder of facts,” writes Elving. “This is regrettable, because much of Wolff’s gossipy but disturbing tale is not only plausible but credibly corroborated elsewhere.”

Meanwhile, Parul Sehgal has found her song of the summer in the form of Kristen Arnett’s Florida-set tale of taxidermy and family strife, Mostly Dead Things: “Subtly, unmistakably a beautiful lineage is suggested in these echoes of the great heroines of American literature—so many tomboys, so many queer women. Their shadows flicker, trailing between the alligator jaws and deer hooves and peacock feathers in this book of inheritances, this cabinet of wonders.”

We’ve also got Ron Charles on acclaimed Vietnamese-American poet Ocean Vuong’s debut novel, On Earth We’re Briefly Gorgeous (“with his radical approach to form and his daring mix of personal reflection, historical recollection and sexual exploration, Vuong is surely a literary descendant of the author of Leaves of Grass“) and Dan Chiasson on Lima :: Limón and the poetry of Natalie Scenters-Zapico (“Her book is full of gorgeous, though problematic, cultural symbols; if you toss them out entirely, a world goes with them”). 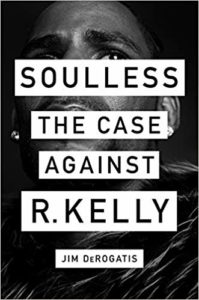 “Soulless is about R. Kelly’s long history of sexual assault and a complex game of legal cover-ups. Kelly is in the same league as financial robber barons who use non-disclosure agreements the way some police officers use unnecessary force. It is also a book about Chicago, depicted here as a city so committed to its inferiority complex that its largest court system, in Cook County, features a portrait of Al Capone. But as much as this is an admirable account of Kelly’s inexplicable appeal, the city too busy to punish him, the black women advocates who refused to give up on our society’s moral debt, and the victims who bear its costs, this is a book about journalism … the book adds color to a story many of us feel we know all too well. His character study of Robert Kelly is a brutal corrective to R. Kelly’s myth: that he is a troubled soul who used his God-given talents to make himself over into a sexy, sophisticated auteur who seduced an entire culture into forgiving the peccadillos of an artist whose art demands he live beyond society’s moral boundaries … DeRogatis hopes the reader will trust he is an advocate of black girls and not an enemy of black men. It is a hair that not even black women can usually split successfully. He does a fine job of establishing trust with even a mildly sympathetic reader. Still, there are major turns in the book where it is clear that DeRogatis has a well-informed opinion, but he does not always trust his readers enough to share it.”

“…an irresistible first novel set in the hard sunshine and ‘juicy green’ of Central Florida, featuring a family of taxidermists, suicides and ruthless intimacies. A clan after Diane Arbus’s very heart … These are parched, grieving people, whose need is so enormous they cannot begin to discern what they might actually want; they make outlandish gestures or freeze into passivity. Jessa-Lynn is only really conscious for the first dread-filled seconds of each day, as she braces herself to register the impact of the oncoming hangover. But Arnett possesses all the bravery her characters dream of. There’s none of the shyness and self-consciousness of so much American fiction that masks itself as austerity. She writes comic set pieces to make you laugh, sex scenes to turn you on. The action flips from the past to the present, swimming through first love and first grief on a slick of red Kool-Aid and vodka, suntan oil and fruity lip gloss, easy and unforced. This book is my song of the summer … in fiction as much as taxidermy, it is the feeling of vigor and spirit that matters, that is proof of success. And the pulse in this book emanates not only from its sun-drunk, word-drunk wit, but from what it knows about life. Arnett’s characters suffer because they remember. Memories of happiness can be a kind of torture, and memory itself can feel seditious in a place so committed to forgetting … Subtly, unmistakably a beautiful lineage is suggested in these echoes of the great heroines of American literature—so many tomboys, so many queer women. Their shadows flicker, trailing between the alligator jaws and deer hooves and peacock feathers in this book of inheritances, this cabinet of wonders.”

“…with his radical approach to form and his daring mix of personal reflection, historical recollection and sexual exploration, Vuong is surely a literary descendant of the author of Leaves of Grass. Emerging from the most marginalized circumstances, he has produced a lyrical work of self-discovery that’s shockingly intimate and insistently universal … The novel is framed as a candid letter to his mother, an abusive, volcanic woman who cannot read. If there’s an element of futility in this project, there’s also a larger element of hope … As the novel moves along, its structure grows more fluid even as Little Dog draws closer to his mother. Kindness and wisdom, always flickering through these pages, begin to accrue more thickly. The healing that finally arrives is fraught with pain and paradox, but no less welcome and remarkable. ;You have a bellyful of English,’ Little Dog’s mother tells him. ‘You have to use it.’ He has. He has.” 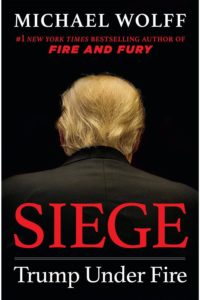 “There may never have been a more polarizing president, nor an author less likely to be read as a neutral recorder of facts. This is regrettable, because much of Wolff’s gossipy but disturbing tale is not only plausible but credibly corroborated elsewhere. Siege includes events widely observed, or present in accessible public records. Yet all of that material has been conjoined with so much else that cannot be confirmed that the reader is apt to be left in doubt … An author’s credibility is everything in this kind of journalism, whether one is known primarily for entertainment reporting or for winning multiple Pulitzer prizes. And that is problematic for Wolff, because in this case the single most newsworthy item in the 315 pages of Siege has already been called into question … In truth, Bannon’s idiosyncratic view of the world and raw language provide much of the color and punch in this book. But his vocabulary of imperatives and superlatives grows wearisome, like a sportscaster declaring each dramatic moment the turning point of the game. Bannon is always declaring one crisis or another—the budget, the wall, the midterms, the Brett Kavanaugh nomination to the Supreme Court—to be the crux of the entire Trump presidency … But if nothing else, Wolff has performed a kind of service in Siege by taking us back over this rocky ground and reminding us what a long strange trip it has already been.” 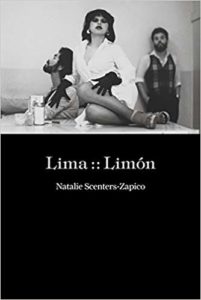 “Her title comes from an old song by the Spanish singer Conchita Piquer, whose upbeat tune belies a gloomy warning: girls who do not find husbands in time, by the age of thirty or so, will become irredeemably bitter, like a bowl of citrus…To belt out that song is perhaps to heed, or perhaps to defy, its chilling message. Scenters-Zapico’s poems, which often contemplate forms of defenselessness, perform its opposite: they exert both intellectual and sexual power … Every woman in the poem must figure out a relation to such symbols, and the author—mindful, always, of these efforts—must figure out her own. Her book is full of gorgeous, though problematic, cultural symbols; if you toss them out entirely, a world goes with them … These poems, drawn to the beauty and power of performance, nevertheless deeply mistrust corrupt forms of ‘simulation,’ like staged border crossings billed as fun outings for wealthy young Mexicans, where, ‘if you are left behind, a pickup truck / will take you back to your hotel.’ It’s a simulation that leaves out the essence of the experience; namely, that you might die. Scenters-Zapico’s poems are never simulations in that demeaned sense. Robert Frost called poetry ‘play for mortal stakes.’ The stakes, in Scenters-Zapico’s poems, are that serious: her astonishing verbal crossings reveal a mind as richly self-divided as any you will find.”