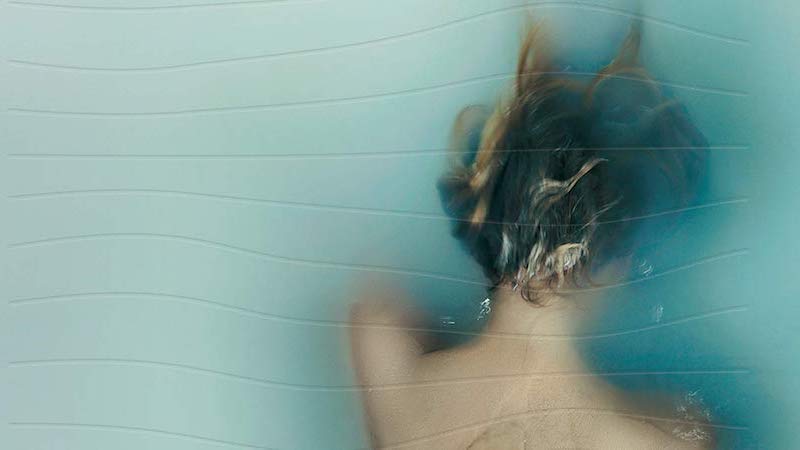 Plus a 100-year-old book of socialist fairy tales, and an island-set feminist dystopian fable

In her New Yorker essay on a recently discovered Sylvia Plath short story (written in 1952 while Plath was attending Smith College), Katy Waldman writes that the tale “contains the seeds of the writer Plath would become. There is a raw revulsion and disconnection in it. Plath’s poetry developed that sense of horror into an aesthetic, a music of distress.”

Over at the New Republic, Ryu Spaeth considers Jackie Chan’s autobiography and the way in which the actor’s worldview was formed by years of physical abuse, as well as by Hong Kong’s complex colonial history: “Each trial is a stepping stone to the super-stardom that will legitimize everything that came before, rather than an examination of the ways in which being poor and Chinese in a colonial city in the 1950s might have messed a person up.”

Parul Sehgal’s New York Times review of You Know You Want This (“Cat Person” author Kristen Roupenian’s debut short story collection) criticizes Roupenian for prioritizing shock tactics over character building: “This is a dull, needy book. The desire to seem shocking—as opposed to a curiosity about thresholds physical and ethical—tends to produce provocation of a very plaintive sort.”

We’ve also got Essayism author Brian Dillon on Sophie Mackintosh’s feminist dystopian fable, The Water Cure (“a book so saturated with intense and unsettling imagery that its sentences feel like face-fulls of polluted sea spray”), and J. C. Pan on the contemporary relevance of a recently re-released book of 100-year-old British socialist fairy tales (“at once intriguing historical artifacts and, in a few cases, striking allegories that remain pertinent now, even on the other side of the Atlantic”).

“The 11 other stories collected in You Know You Want This are far more extreme. They lead with caustic opening lines and scenes of gaudy violence. The friendships are treacherous, the mothers more so. The sex might kill you … Pedophilia, necrophilia, child abduction, child murder, mass murder—go down the menu of fears and outré fantasies; they’re all here. And for what? This is a dull, needy book. The desire to seem shocking—as opposed to a curiosity about thresholds physical and ethical—tends to produce provocation of a very plaintive sort … With Roupenian, there is just the giddiness of her imagination, of what she can get away with … I wanted better for these characters—lives with real emotional stakes, actual personalities and not just kinks…characters remain their pathologies; the curtain falls on them before we can ever ask: Now what? There’s none of the simmer of ‘Cat Person’ or its attention to language in the rest of these stories. Roupenian will work a metaphor until it screams.” 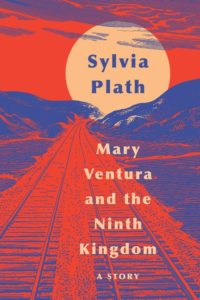 “‘Ninth Kingdom’ conveys a sense of Lady Lazarus limbering up. The setting is a train, and the trimmings are allegorical and fantastical. Named after one of Plath’s childhood friends, Mary Ventura has reluctantly boarded a locomotive to the mysterious ninth kingdom. A sinister mood prevails … The tale contains the seeds of the writer Plath would become. There is a raw revulsion and disconnection in it. Plath’s poetry developed that sense of horror into an aesthetic, a music of distress … Plath could make the distances between people appear insurmountable. In ‘Ninth Kingdom,’ the other riders—businessmen, squabbling children—don’t notice the signs of devastation outside the window. So goes mental illness. The people around you are happy and functional; you alone are convinced of impending doom … ‘Mary Ventura and the Ninth Kingdom’ is the type of story that is often called dreamlike, but it comes nearer to the experience of being trapped in a nightmare. A cherry arrives in your ginger ale, and it is so red you must be asleep. A man stamps your ticket, and it is so ghastly you must wake up.” 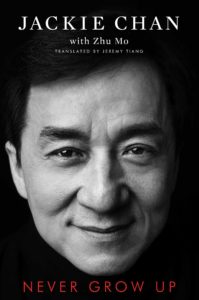 “…like all rags-to-riches stories, Chan’s is ultimately a tale about the place where he was born and raised and first made his mark: Hong Kong, which over the course of his lifetime went from being the last significant outpost of the British Empire to an ambiguous outlier of an ascendant China. Never Grow Up, in mostly inadvertent ways, thus offers another way of telling Jackie Chan’s story. It’s about colonialism, capitalism, and the myths we construct to justify living under both … every episode in this memoir, even the most traumatic, is told with Chan’s indefatigable merriness, which as the book goes on starts to feel like a protective mechanism, a carapace of cheer. There is, too, an overarching sense of the phenomenal success that is to come, which casts a backwards glow even on those moments when Chan was at his lowest, cowering by the garbage bags in that lonely shed. Each trial is a stepping stone to the super-stardom that will legitimize everything that came before, rather than an examination of the ways in which being poor and Chinese in a colonial city in the 1950s might have messed a person up…In other words, what to my mind reads like a brutal account of exploitation and abuse is meant to be inspirational, a testament not only to Chan’s personal fortitude, but also to a certain ethic. Indeed, in Chan’s case, the myth of the self-made man, predicated on hard work and sacrifice, is taken to its extreme, for the thing he willingly sacrifices over and over again, year in and year out, is his body … He is rich beyond his wildest dreams, but is unable to shed the poor young man he once was, a person desperate for work and afraid of the abyss that could open up at his feet at any moment. His poverty is a wound that never quite heals.”

“In its pursuit of perilous ambiguity, The Water Cure has the quality of a folk or fairy tale. Are Lia, Grace, and Sky, as their father once insisted, examples of ‘a new and shining kind of woman?’ Have the rigors of their seclusion turned them into brilliant creatures, mythic feminist avengers, bred by a patriarch to repel patriarchy? Or are they instead monstrous victims of a familial cult, deluded into hate and fear of the world beyond their island’s coast? The Tempest is one source of the novel’s elemental indecision. But Mackintosh has drawn too from a certain literary history of dangerously isolated adolescence … At the level of its language, Mackintosh’s novel is something else again: a book so saturated with intense and unsettling imagery that its sentences feel like face-fulls of polluted sea spray. In places Mackintosh is just luridly metaphorical: a stillborn child resembles a glass paperweight, physical or emotional trauma is like a poison that leaches into hair, organs, blood. Or her prose is satisfyingly rhythmic and at the same time semantically untethered… At their most achieved, however, Mackintosh’s sentences are strict, cool containers for a variety of organic or atmospheric disintegrations … In the shape of its narrative, The Water Cure is less extraordinary than in its texture. There is a predictability to the novel’s violent conclusion, as it mimics and reverses the closing scenes of The Tempest. Perhaps this comes with the literary territory: island stories end either with rescuers on the horizon or dark deeds in the interior … Mackintosh has written a novel that feels sorely of its time.” 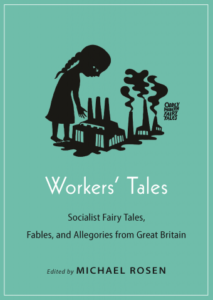 “But if attempts to steer children toward politics through literature feel somewhat of-the-moment, they aren’t new: More than 100 years ago, British socialists undertook a similar, if decidedly more militant, project…As plain-language, kid-friendly introductions to socialist politics, they are at once intriguing historical artifacts and, in a few cases, striking allegories that remain pertinent now, even on the other side of the Atlantic … The stories in Workers’ Tales were, of course, written in a very different historical and economic context, and more than a few of them—the parable venerating the labor of woodcutters, for instance—haven’t quite managed to transcend it. At the same time, the best of the stories aim broadly to upend the presumption of capitalism as the natural and rightful order of society, and thus feel surprisingly timeless in ways that are, by turns, delightful and depressing … their value lies in the fact that they were the product of—rather than the catalyst for—vibrant and optimistic political organizing. This, perhaps, is where the stories are most dissimilar to the politically minded children’s books of today, which tend not to be embedded in robust movements but instead seem to want to conjure them. In a fractious political climate, it’s understandable that anxious parents are attempting to summon a kinder future by whatever means they can, including exposing their children early on to books that espouse values of social justice. But even as some of the stories in Workers’ Tales find new relevance in the current age of economic polarization, their particular historical context might also serve as a reminder that cultural production can only complement, not replace, the work of politics. As a socialist might say, it’s more often the case that material conditions shape culture than the other way around.”