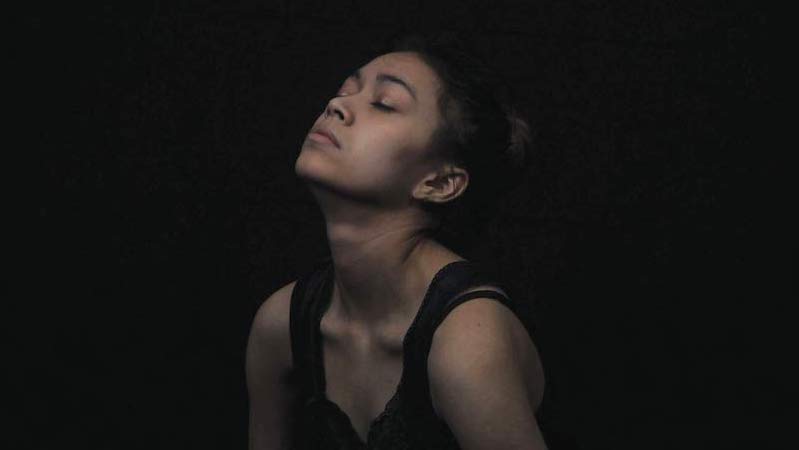 5 Reviews You Need to Read This Week: Sexual Desire and Black Mirror Motherhood

Laura Miller on Lisa Taddeo's Three Women, Megan Garber on E. Jean Carroll's What Do We Need Men For?, Leah Greenblatt on Helen Phillips' The Need, and more

First up is Laura Miller’s Slate take on Lisa Taddeo’s visceral work of immersion journalism, Three Women. “None of the narratives in Three Women are inspirational or empowering,” writes Miller of this achingly intimate portrait of desire and despair, “but they are what the best long-form journalism should be, which is truthful.”

Over at The Atlantic, Megan Garber considers E. Jean Carroll’s chronicle of a lifetime’s worth of encounters with terrible men, What Do We Need Men For?: “This is not only a book about the failures of individual men; it is also a book, as its Swiftian title suggests, about the failures of a system that has given men the power to determine the whos and wheres and hows of women’s lives.”

Meanwhile, in her Entertainment Weekly review of The Need—Helen Philips’ “eerie marvel of novel”—Leah Greeblatt calls the surreal tale of maternal anguish and paranoia “both beautifully familiar and profoundly strange.”

We’ve also got Charles McGrath on If, a new biography of Rudyard Kipling’s years in America (“Like Dickens fifty years earlier, Kipling greatly approved of America in principle, but he was less keen on Americans themselves”) and Lori Feathers on Italian-Somali author and journalist Igiaba Scego’s Beyond Babylon (“In portraying the inner lives of refugee women and their first-generation, immigrant daughters, Scego has created a work of great empathy”).

“Its characters aren’t representative, but that goal, while admirable, is a casualty of the approach Taddeo took, which is a deep, deep dive into the sexual psyches of her three characters: two Midwestern women and a sleek East Coast restaurateur … What makes Three Women so remarkable and indelible, and also so refreshingly out-of-step with the tenor of the present moment, is Taddeo’s refusal to judge these ‘characters.’ She is not particularly interested in determining who is right, who is wrong, and who is to blame … None of the narratives in Three Women are inspirational or empowering, but they are what the best long-form journalism should be, which is truthful … Some of Taddeo’s best writing (presumably facilitated by Maggie herself) comes in the description of how this rejection devastates a girl who first couldn’t believe her brilliant teacher really loved her and then couldn’t believe that the orchestrator of such a courtship really didn’t love her … Sloane won’t answer her accuser, although not because, too caught up in getting what she wanted to care about anybody else’s feelings, she didn’t spare a thought for her lover’s wife. The truth is that she can’t even own her trespasses because she was too caught up in somebody else’s desires to attend to her own. Either way, though, like all three of Taddeo’s flawed, love-struck, and magnificently depicted women, she’s paying the price.”

“… the strategic collisions of tragedy and comedy also become, as the story goes on, reliably gutting … Carroll’s ‘merry romp’ is overwhelming. It is exhausting. That is the point. This is not only a book about the failures of individual men; it is also a book, as its Swiftian title suggests, about the failures of a system that has given men the power to determine the whos and wheres and hows of women’s lives. Carroll does not talk much about patriarchy or toxic masculinity or trauma or otherwise make much use of the current feminist vernacular; the book can read, at points, as preemptively dated, with its references to ‘the whole female sex’ and similarly winking generalizations. What it offers, though, is a kind of literary impressionism, based on 75 years of lived experience—a sense of what it feels like to have pulsing veins and fiery nerves and a teeming mind and be caught within the cold infrastructures of sexism … The list Carroll creates, in that way, isn’t merely a list, or a method of organizing a narrative; it is also an indictment. It is a testament to the dull banalities of sexual violence. It is a reminder of the varied forms, insidious as well as obvious, such violence can take. The book stayed true, in that sense, to Carroll’s initial premise for it: It is a memoir that is rooted in maps. It suggests all that can happen, at the most local of levels, in a land that names towns after women and tells the rest of them to know their place.”

–Megan Garber on E. Jean Carroll’s What Do We Need Men For? (The Atlantic) 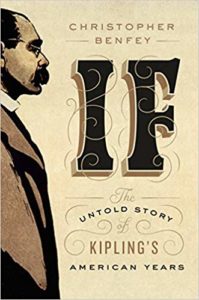 “Kipling has been variously labelled a colonialist, a jingoist, a racist, an anti-Semite, a misogynist, a right-wing imperialist warmonger; and—though some scholars have argued that his views were more complicated than he is given credit for—to some degree he really was all those things. That he was also a prodigiously gifted writer who created works of inarguable greatness hardly matters anymore, at least not in many classrooms, where Kipling remains politically toxic … Benfey mostly steers clear of Kipling’s politics, and instead concentrates on a little-known chapter in Kipling’s life: the four years that this outspoken defender of the British Empire spent living just outside Brattleboro, Vermont, where he wrote some of his best work…argues that Kipling was profoundly altered by his experience of America, and that America, in turn, was altered by its experience of Kipling. But you could also make a case that neither was changed enough. Kipling never learned to lighten up—or to appreciate American humor and informality—and America, by his lights, never got over being headstrong and overly sure of itself … Like Dickens fifty years earlier, Kipling greatly approved of America in principle—its openness and freedom, the seeming absence of caste and class—but he was less keen on Americans themselves. He thought them loutish, nosy, excessively fond of alcohol, and dangerously prone to violence … America was the place where he could have it both ways, a country more or less enlightened but also new and open and a little wild. Perhaps the most American thing about the Jungle Books is the way they reflect that ambivalence. ‘Those four years in America will be blessed unto me for all my life,’ Kipling wrote to a friend, the Harvard professor Charles Eliot Norton, and, in another letter, he added, ‘It’s an uncivilized land (I still maintain it) but how the deuce has it wound itself around my heartstrings the way it has?'”

–Charles McGrath on If: The Untold Story of Kipling’s American Years (The New Yorker)

“It’s not hard to see why high-wattage contemporaries like Lauren Groff and Emily St. John Mandel have lavished praise on The Need; what presents at first as a straightforward thriller is quickly revealed—in a series of short, sharp chapters—to be a sort of narrative nesting doll, a story infused with both essential home truths and a wild, almost unhinged sense of unreality. Molly’s entire being is rooted in the simultaneous bliss and subjugation of motherhood, ‘every single thing in life shoved between the needs of a pair of people who weighed a cumulative 57 pounds.’ Her love for them is as absolute as her exhaustion; her urge to protect them, when all of that is threatened, is primal. Even as the book takes an unsettling turn toward the supernatural, a glassy Black Mirror shimmer on the plot, The Need never abandons its domesticity: the faraway husband calling in from a work trip, his concerned face blipping in and out on FaceTime; the barely contained chaos of a toddler’s birthday party, sticky fingers and smashed crumbs asserting their ordinary mess even in the midst of an existential crisis. What Helen Phillips builds from the first paragraphs is too clever, and moves too quickly, to be easily ground down in a review. Even the vaguely unfinished ending, less a full stop than a sort of pregnant pause, feels somehow right; a fitting coda to her spare, eerie marvel of novel, both beautifully familiar and profoundly strange.”

“In her sweeping and bold novel Beyond Babylon, Igiaba Scego explores the legacy of political and sexual violence on the lives of contemporary women. Scego’s narrative is centered on the family histories of two single mothers who separately immigrated to Rome in the 1970s … Scego’s book bears witness to the impossibility of remaining exiled from your own past … The novel’s language is sensuous and playful, and Scego’s lush descriptions create imagery that gives a supple richness to her characters’ memories … Scego is refreshingly unabashed in discussing the corporeal—what the female body does naturally—birth, menstruation, breastfeeding; and, what is done to and in violation of it—female circumcision, rape, coerced abortion. In this way she punctuates how a woman’s agency over her body is fundamental to her self-identity … In portraying the inner lives of refugee women and their first-generation, immigrant daughters, Scego has created a work of great empathy that is a testament to the psychological dissonance that refugees suffer as they remake lives in foreign places while under the pervasive shadow of brutal pasts.”