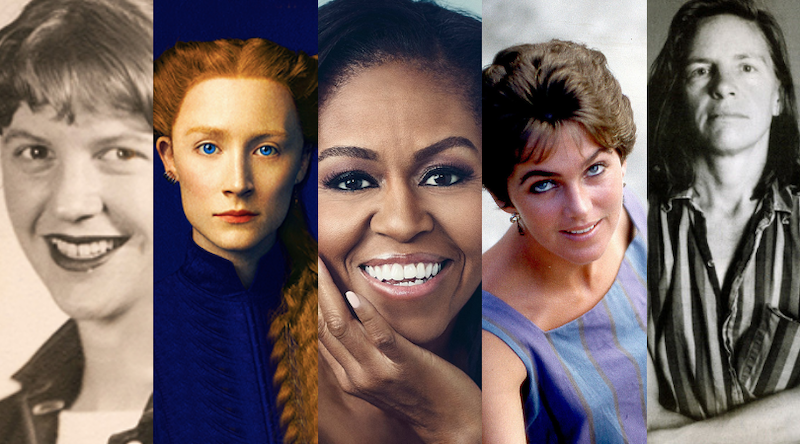 5 Reviews You Need to Read This Week: Plath, Obama, and Mary, Queen of Scots

Plus Patricia Lockwood on Lucia Berlin, Natalie Diaz on Eileen Myles, and more

If there’s a theme that unites our chosen reviews this week, it’s that the books they examine all consider the lives of brilliant women: their struggles and successes; their political, artistic, and sexual identities; their ascensions and deaths.

In his Atlantic review of The Letters of Sylvia Plath, James Parker considers how Plath’s tragic death inexorably informs our reading of her final correspondences: “Plath is of course the structural center, but as she spins through her voices—gushing, intimate, secretarial-professional, rapturous, vicious, recriminatory, coldly lyrical—the text decenters and decenters again. What carries us through, inevitably, is the narrative pull, the death-drag, of the end point.”

Over at the New Yorker, Doreen St. Felix—after reading Michelle Obama’s memoir and attending one of the book’s promotional events—writes of her conflicted feelings about the messaging around the release of Becoming: “…living under the light of Michelle still feels galvanizing. But the promotional machine of Becoming delivers a tonic that I can’t always swallow, a compulsive American optimism.”

Looking back at Mary, Queen of Scots, Stefan Zweig’s 1935 biography of the iconic Scottish monarch, Genevieve Valentine writes of how, to Zweig, “Mary Stuart was a Shakespearean tragedy and a figurehead whose character was inextricable from the state itself … His attitude toward both queens veers from clamoring sympathy to a patronization that edges past ironic remove into something more brittle.”

We’ve also got Patricia Lockwood on how there ought to be a cult of Lucia Berlin (“teenagers with Lucia Berlin’s books in their back pockets, hair combed into black bouffants, imitating her squint against sunlight”) and Natalie Diaz on the transformative power of Eileen Myles’ poetry.

“Sylvia Plath, as everybody knows—but as she did not, on the autumnal Tuesday that she was writing about baked pineapples to her mother and about being menaced by gods in her diary—committed suicide on February 11, 1963. And as the destructive energy released by a suicide goes fissuring chaotically into the future—into family, friends, society at large—so it also blows backward into the past. It changes everything. It’s what makes the garden-variety bipolar shuffle I have rather cheaply highlighted above not human and sad-funny, but terrible. And it demands, as we contemplate the massive second volume of her collected letters that we examine ourselves. Is there a way, we must ask, to read this stuff with anything other than a kind of souped-up literary prurience? Magnetized, breathless to the impending smash? … Plath is of course the structural center, but as she spins through her voices—gushing, intimate, secretarial-professional, rapturous, vicious, recriminatory, coldly lyrical—the text decenters and decenters again. What carries us through, inevitably, is the narrative pull, the death-drag, of the end point … It’s the letters home, the letters to her mother, that ring most pitifully with the strained note of heartiness that all melancholiacs will recognize: the daily effort of a depressed person to get over herself, to get it together … The telling and retelling of this story will not end soon, because at the core of the Plath/Hughes nexus, the marriage of their talents, is a mythically compelling irony. He, full of agency, honoring his deep drives, etc., etc., does the boring thing: He has an affair. She, trapped and reduced and overwhelmed, does the remarkable thing: She writes a masterpiece. He, formerly the main character, exits shabbily sideways, while she explodes into an agony of authenticity. And then—hand in hand with winter, fever, and heartbreak—it kills her.”

–James Parker on The Letters of Sylvia Plath: Vol. 2 (The Atlantic) 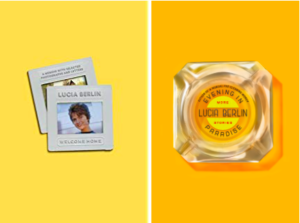 “There ought to be a cult, really, of teenagers with Lucia Berlin’s books in their back pockets, hair combed into black bouffants, imitating her squint against sunlight … The first time I read her stories I felt inexplicably lonely, and then realised it was because I wanted to have already read them a dozen times. I wished to get to the point where we were companions, where I could open the book at any page and pick up a conversation that was already ongoing. There is something withholding about the way she mixes minimalism with excess that keeps those of us with the taste for it coming back. It isn’t that we aren’t welcome, more that we aren’t necessary … Why doesn’t it read as autofiction, quite? To read Welcome Home after Evening in Paradise after A Manual for Cleaning Women is to experience Berlin as a romanesco, or the hall of mirrors scene in The Lady from Shanghai. She approaches the same material in so many different ways, in so many different stories, that you see the art in action … Berlin is telling us that you can use and reuse the raw moments, that the texture of life is to be taken seriously, that those spontaneous bubblings of experience will spark faith, belief, devotion for the same reason that springs of youth and holy fonts do: because they are cold and clear and inexhaustible, because we can drink them out of our hands.”

“What Michiko Kakutani wrote of Spoken from the Heart, Laura Bush’s memoir, also applies to Becoming: it is really two books in one, the first half detail-oriented and warm, the second starched and broad-brushed … The quote of Obama’s that I think of most is a statement that was unimaginable before her reign: ‘I wake up every morning in a house that was built by slaves.’ We were attracted to Obama’s patriotism because of its roots in world-weariness … Before Michelle, it had been a long time since we’d had a compelling First Lady mythos. The fact that we saw ourselves reflected in the image of a brilliant, gorgeous moralist was enough to erase any preoccupation with the hypocrisies of the ruling class. Being mastered like that occasionally feels good; living under the light of Michelle still feels galvanizing. But the promotional machine of Becoming delivers a tonic that I can’t always swallow, a compulsive American optimism.” 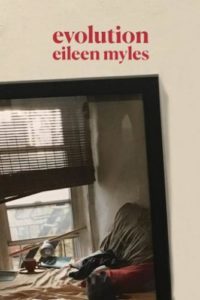 “Evolution results from the tension between disruption and order, a recognition that change is part of the being and momentum of the self. In Eileen Myles’s newest book of poetry, Evolution, we encounter an arrival, a voice always becoming, unpinnable and queer. Myles’s new poems are transformations, and perhaps a culmination of the poet’s previous inquiries into love, gender, poetry, America and its politics … Part of what makes queer and trans art dangerous is its willingness to wager its own future and expend the labor required to write oneself into the considerations of a nation. In Evolution, that energy builds and burns, in the quick pace of the lines, in unexpected shifts and leaps from interior to exterior, from sensuality to observation … These poems do not decenter the body in exchange for engaging politics; instead they engage the body politic, which here is inescapably against the state. From the conditions of this politicked body—the queer condition, the working-class condition, conditions of whiteness or non-whiteness and gender in motion—Myles questions where we began or must begin again.” 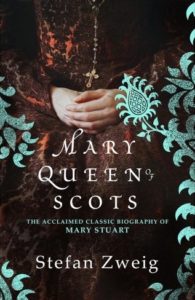 “To [Stefan Zweig], Mary Stuart was a Shakespearean tragedy and a figurehead whose character was inextricable from the state itself—a story impossible to resist … his keenest insights are the follies, the theater of politics, a powerless populace that knows better than to buy it. And much admiration for Mary comes not from action, but reaction—refusal to give in to a destiny that, he hints often, she might have seen coming … His attitude toward both queens veers from clamoring sympathy to a patronization that edges past ironic remove into something more brittle. It’s a reminder that Mary, Queen of Scots is history-as-history, a book as much about its own context as about an execution 300 years ago. That archness signals a time capsule, except that the rhetoric around women in power has changed so little it’s hard to consign even his most hyperbolic misogyny to the past—both deeply antiquated and too immediate to dismiss There’s also the potential echoes of the author. Zweig left Austria for England in 1934; writing this book as Nazis rose to power at home, Zweig may have watched events unfolding with the same sense of doom he ascribes to Mary.”