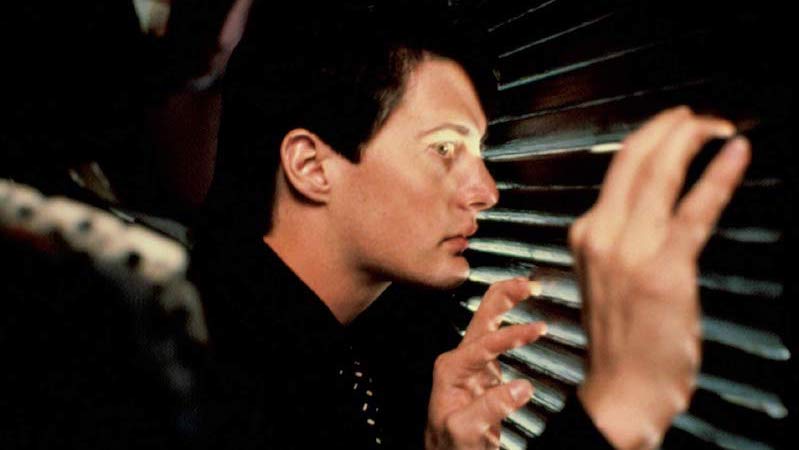 The polar vortex may be freezing the country into a state of paralysis, but here at Book Marks we’re bringing the heat. Hot blood, hot bodies, and hot heads are the order of the day.

First up, in his rave Washington Post review of Marlon James’ highly-anticipated new novel, Black Leopard, Red Wolf, Ron Charles writes that James “has spun an African fantasy as vibrant, complex and haunting as any Western mythology, and nobody who survives reading this book will ever forget it.”

Over at The Atlantic, Dana Stevens considers the depiction of female and gay sexuality in Sleeping With Strangers: How Movies Shaped Desire—the latest offering from renowned British film historian David Thomson. While impressed by Thomson’s intentions, and the book’s many shining insights, Stevens also finds that “when it comes to the subject of offscreen, three-dimensional women and their exploitation by the Hollywood machine, Thomson’s evident good faith can’t save him from moments of tone-deafness painful enough to stir qualms.”

No punches are pulled by Lauren Oyler in her Bookforum essay on How To Date Men When You Hate Men, Blythe Roberson’s comic interrogation of dating in the modern era: “The product of an online culture that prizes saying anything over having something to say, Roberson’s bland mix of bratty overconfidence, insincere misandry, and not quite believable self-deprecation would be at home on the kind of women’s website that is run by a man recently made hip to the click-ability of feminist catchphrasing.”

We’ve also got We Love You, Charlie Freeman author Kaitlyn Greenidge’s New York Times review of The World According to Fannie Davis (“We need more stories like Fannie’s—the triumph and good life of a lucky black woman in a deeply corrupt world”) and the Guardian‘s Lloyd Green on beleaguered former New Jersey Governor Chris Christie’s “exercise in score-settling,” Let Me Finish.

“Davis includes wonderful details about growing up as the daughter of a numbers runner—the coins she and her siblings had to roll, the way her mother counted cash so fast her hands were a blur. She also remembers her mother kept two pistols: one in her pocketbook, the other in the linen closet … Davis lovingly describes a childhood full of creature comforts…But she juxtaposes nearly every detail of the good life with the slow decay of Detroit around her, the killing of a black community through aggressive policing, the spread of drug abuse and targeted neglect by the surrounding white communities and politicians … Davis accomplishes this through archival research, interviews with family members and thumbnail sketches of America’s underground economies, the Great Migration, housing segregation and politics in the post-civil rights movement era. Especially exhilarating is her history of lotteries. All 13 original colonies ran them and used the proceeds to fund capital improvements. But by 1860, most states had become suspicious of lotteries and had outlawed them precisely because of the egalitarian nature of luck—a poor black person could win one … The World According to Fannie Davis would make a thrilling film. That’s probably a testament to Davis’s screenwriting background. But the arc of her mother’s story may be too radical for most production companies: A black woman unapologetically engages in criminal activity and excels at it, making a better life for her family, no moralizing included … We need more stories like Fannie’s—the triumph and good life of a lucky black woman in a deeply corrupt world.”

“The humor here mainly consists of overusing ‘like,’ offering am-I-right-ladies style laments about modern men, recycling Twitter jokes about the author’s love of music made for teenagers (she is twenty-seven), and expressing disdain for great works of literature by men that she hasn’t read … The product of an online culture that prizes saying anything over having something to say, Roberson’s bland mix of bratty overconfidence, insincere misandry, and not quite believable self-deprecation would be at home on the kind of women’s website that is run by a man recently made hip to the click-ability of feminist catchphrasing … potentially illuminating passages…are undermined by the fact that Roberson does not have much sustained experience with men and seems to be getting her information from a combination of romantic comedies, friends’ anecdotes, and ambient women’s-magazine wisdom … Knowing Roberson has little understanding of the practicalities of heterosexuality renders the political ambitions of the book…vaguely outrageous, and a little sad … Roberson’s unwillingness to entertain the possibility that you can be a feminist writer without giving in to your Dunham-esque ‘compulsion’ to overshare is characteristic of what might be called, to use an internet term, ‘self-own feminism’ … the memeification of feminism has made it unclear what that cause is, exactly … Roberson doesn’t seem to realize that attempting to harmonize her heterosexuality with her feminist-writerly impulses could improve both her love life and her work.”

“Thomson is at his best when he’s mining these hidden veins of [desire], noticing a detail in a familiar film that helps you see the movie in a new way … It’s the rare straight man well past middle age who tries to radically change how he thinks about a subject so fundamental. There’s a nobility in that quest, even when, still a novice at queer theory, Thomson sometimes fumbles the lingo, appearing to conflate the trans experience, bisexuality, and even vaguely kinky straight behavior under the generously spreading umbrella of ‘gay’ … When he writes about the onscreen representation of female sexuality, Thomson seems less at ease and, tellingly, has less to say … Still, many of his insights about the movies themselves shine … But when it comes to the subject of offscreen, three-dimensional women and their exploitation by the Hollywood machine, Thomson’s evident good faith can’t save him from moments of tone-deafness painful enough to stir qualms … Thomson’s struggle to fully grasp the first principle of the #MeToo movement—that women’s accounts of their experiences deserve, at long last, not to be drowned out by men’s voices—goes from awkward to enraging in a chapter near the end … much of Sleeping With Strangers has the rueful mood of a film lover reconsidering a lifetime spent desiring in the dark—and then recognizing, decades later, that his desire was not as innocent as it seemed. When you’re inside the protected bubble of ‘movie’—when that bubble exists to enclose and enchant people like you—it can be hard to see what and who has been left on the outside. What this seductive yet at times repellent book never fully grapples with is the privilege required to grant yourself that innocence.”

–Dana Stevens on David Thomson’s Sleeping With Strangers: How the Movies Shaped Desire (The Atlantic)

“Let Me Finish, his bombshell of a book, could just as easily have been titled Everybody Hates Chris … Like most tell-alls, Let Me Finish is an exercise in score-settling, albeit one written from the realm of a dystopic presidency … a self-serving, fascinating and informative read … Christie paints a portrait of Kushner as callow, smarmy, entitled and way over his skis. Kushner appears lacking in judgmenteven as he is cosseted by his family’s wealth and shielded by his father-in-law’s title. Said differently, if Kushner were not married to the boss’s daughter, he would not be anywhere near the Oval Office or still in possession of a security clearance … Yet while Christie pours his bile on those who surround Trump, he seeks to leave the president unscathed and mostly succeeds … As to be expected, Christie omits inconvenient details … Throughout, Christie conveys a misplaced sense of being put upon. Unfortunately, victimhood does not suit him … In the end, Let Me Finish is a tale of Christie’s willingness to dance with the devil and turn a blind eye when needed … It elides how Trump got to where he got and why Christie felt compelled be part of the circus he now seems to abhor. This is what sour grapes sounds like.”

–Lloyd Green on Chris Christie’s Let Me Finish (The Guardian)