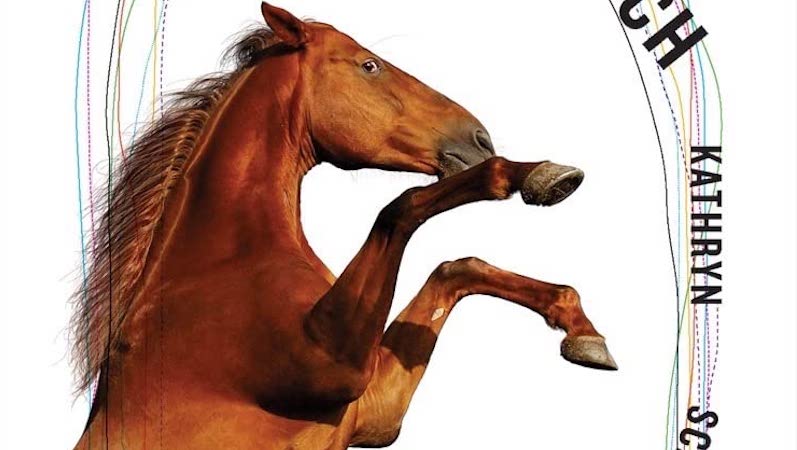 Our smorgasbord of superior reviews this week includes Patton Oswalt on Daniel Stashower’s American Demon, Erin Somers on Kaitlyn Tiffany’s Everything I Need I Get From You, Leslie Jamison on Kathryn Scanlan’s Kick the Latch, Kaitlyn Phillips on W. David Marx’s Status and Culture, and Charlotte Shane on Rachel Aviv’s Strangers to Ourselves. 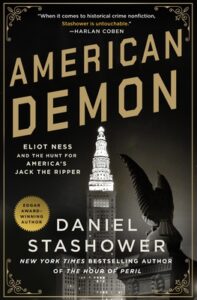 “The premise is a grind house fever dream … But, as Stashower’s exploration shows, the reality of this case is far more mundane and messy, and far more fascinating. There’s no Tommy gun showdown with the killer in this story, no chase through tunnels or urban alleys and no triumphant clacking of handcuffs on the wrists of a guilty maniac. Instead, this case presents another roster of unsolved murders, in a country forever haunted by faceless, unnamed, uncaged dealers of death … Stashower turns the stubborn distance between the lurid Torso Killer gore and Ness’s more prosaic reform efforts into an asset, especially in the early chapters—the chasm between the two story lines gives him room to explore the contours of 1930s Middle America … Stashower demonstrates an ear for the vivid poetry of the era’s tabloid journalism … Reading about the push-pull of Cleveland’s news media’s need to trumpet violence while veiling sex…is one of the head-shaking pleasures of American Demon … Organized crime—bootlegging and tax avoidance—was a foe Eliot Ness could understand and defeat. Disorganized lunacy and motive-free mutilation broke him.”

“This episode is great—well-written, vivid, somehow melancholy. And it’s characteristic of Tiffany’s book, which is, on the one hand, elegantly written, evidence-based, and rational, and on the other, off-kilter, animated by a profound and consuming, almost manic, loneliness. Tiffany’s fandom is not quite at the center of the book—which aims, by using One Direction fans as a case study, to show how internet fangirls have been misunderstood as a cultural force—but it’s enough of a presence to be persuasive … Her argument is not that their fandom is insincere, but that these fans have a more complex relationship to their devotion than they’re given credit for. It’s self-aware, playful, and not without a sense of humor about how it all may look to outsiders … Tiffany is wise to hedge the punk comparison, as it runs up against aesthetic differences pretty quickly (and still has the potential to make punk fans lose their minds). But she does make a convincing case for the internet fangirl as a transgressive figure … Tiffany sets readers up to conclude that online fandoms are always microcosms: you could slice into One Direction fandom pretty much anywhere and see a complete cross section of life online. Any niche has its cranks and tricksters, its conspiracy theorists, its dilettantes, its day ones. They’re all here—fragile and wounded and seeking something semi-seriously—and Tiffany portrays them with sensitivity and humor. I have no choice but to stan.”

–Erin Somers on Kaitlyn Tiffany’s Everything I Need I Get From You: How Fangirls Created the Internet as We Know It (Bookforum) 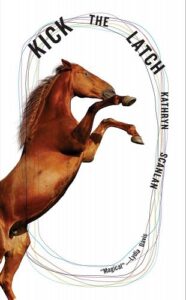 “[Scanlan] distorts narrative arcs by alighting on jagged arrangements of anecdotes, distorts her descriptions with unsettling comparisons, and distorts time by stretching it like taffy or compressing it into searing instants. Her work traffics in moments and lifetimes, but rarely in the in-between units (days, weeks, years) that compose most narratives … Kick the Latch interlaces the dark threads of violence that run through The Dominant Animal with the unsentimental rituals of caregiving that anchor Aug 9-Fog. Kick the Latch is perched ambiguously between novel and oral history. In an author’s note, Scanlan calls it a ‘work of fiction’ based on interviews that she conducted with an Iowa-born horse trainer named Sonia. The book narrates Sonia’s life in a series of vignettes that play out across the gritty, intoxicating fever dream of the horse-racing world, as Sonia travels from race to race, living in trailers and motels. It’s a landscape full of exhausting labor and habitual violence, but also ecstatic devotion and joy … The idea that ordinary life can be the subject of great art has long been accepted when it comes to poetry and literary fiction—in these genres, its status as a worthy subject feels self-evident—but it can still raise hackles in creative nonfiction. An invented life can be ordinary, but an actual life had better be seasoned by either extraordinary suffering or particular achievement. Scanlan, however, is almost insistently drawn to ordinariness.”

“Marx’s first book—an investigation of the Japanese influence on the global fashion industry—succeeded precisely because of his narrow approach. Here, his comprehensiveness threatens to render Status and Culture a dull but effective teaching text. In his effort to cover everything—from conventions to signaling to complex questions of identity, counterculture and race—the author’s thesis gets lost … Marx is most convincing when addressing the perennial question of whether money can, in fact, buy class … At times, you wish Marx would indulge in juicier class voyeurism. When he writes that ‘only informed elites know to … travel to Marfa, Texas,’ it’s hard not to feel slightly deflated, like he’s failing to really give us the dirt we crave … Which is not to say Marx’s book isn’t peppered with the extravagant eccentricities of rich people: Aristocrats of the 1700s loved pineapple. A ’13th-century Italian nobleman, Giacomo da Sant’Andrea, once burned down his own villa just to thrill guests’ … Fans of the genre may wonder about certain choices…You won’t learn, for instance, that Gertrude Vanderbilt warned her progeny against men who make their money from oil and farm animals because, as she put it, it takes three generations to wash off the oil ‘and two to exterminate the smell of hogs.’” 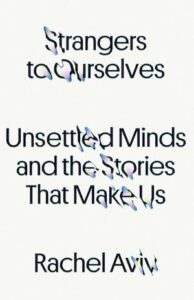 “Angst about overprescribing antidepressants has risen in concert with antidepressants’ increased prescription. But Strangers to Ourselves is about much more than that, even as Aviv retains her ambivalence about medication. Every story she tells is saturated with ambiguity, and there is no endorsement of any treatment, no confidence in any preventative or cure or even of any ‘problem,’ at least not in the sense of an issue that arises from and remains within a single person, unique to their neurology … Aviv’s triumphs in relating these journeys are many: her unerring narrative instinct, the breadth of context brought to each story, her meticulous reporting. Chief among these is her empathy, which never gives way to pity or sentimentality. She respects her subjects, and so centers their dignity without indulging in the geeky, condescending tone of fascination that can characterize psychologists’ accounts of their patients’ troubles. Though deeply curious about each subject, Aviv doesn’t treat them as anomalous or strange. From the prologue, which recounts her childhood hospitalization in an anorexia unit, she situates herself among them … Aviv’s daunted respect for uncertainty is what makes Strangers to Ourselves distinctive…Vulnerability is endemic, and incurable.”

–Charlotte Shane on Rachel Aviv’s Strangers to Ourselves: Unsettled Minds and the Stories That Make Us (Bookforum)