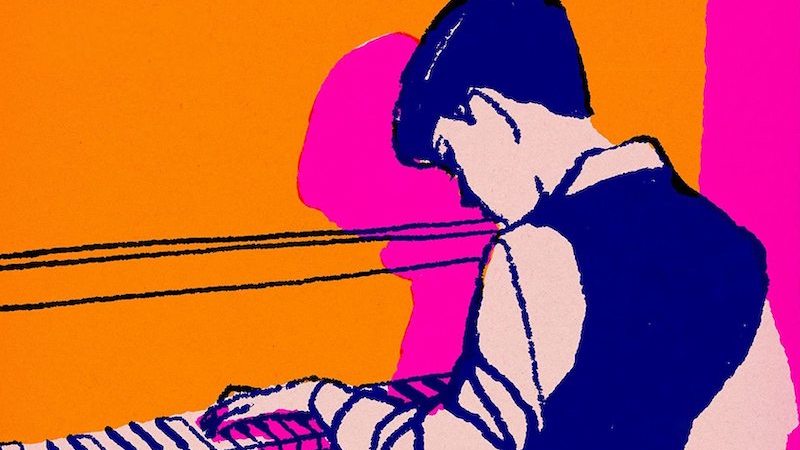 “Nobody is better at writing about entropy, indignity and ejaculation—among other topics—than Ian McEwan. He specializes in the mental life of one particular, culturally endemic type: the contemporary middle-class British male. His characters are occasionally lecherous, often bitter and always secularly human … One of McEwan’s talents is to mingle the lovely with the nasty. Most of the lovely-nasty images I yearn to cite are not printable here…McEwan can make a reader feel as though she has bent forward to sniff a rose and received instead the odor of old sewage … In the absence of much physical description it’s easy to picture Roland as a mythical hybrid of man and shopping cart: a wheeled receptacle shoved by unseen hands across the asphalt of life. Critics have observed that McEwan likes to slice time into ‘before’ and ‘after’ segments by building his plots around a decisive event. Here he delicately transfers the task to Roland, who is ever scrambling to identify his own turning point … One way to read Lessons is as a self-repudiation of the maneuver at which McEwan has become virtuosic. More authors should repudiate their virtuosity. The results are exciting.” 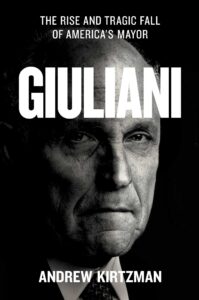 “One explanation for the zombie-like dominance of the baby-boom generation in American politics might be that, in the past decade, the US media ecosystem has ceased to be capable of minting nationally viable celebrity politicians…Anyone who emerges on the scene in the era of Twitter is instantly subject to polarization as saint or demon. Rudolph Giuliani comes from a more innocent time … Kirtzman, who covered Giuliani as a reporter for the NY1 television station throughout his mayoralty (1994-2001) and shadowed him on the day the Twin Towers were toppled, is committed to the idea that his subject was once genuinely heroic … Giuliani took the side of the cops, against the outrage of Black New Yorkers. With the smoke still rising from Ground Zero, Giuliani became the face of 9/11 Inc. You might say Osama bin Laden was the best thing that ever happened to him … Trump reeled him in from the wilderness. The candidate whom Giuliani told friends was a ‘carnival barker’ enjoyed having the mayor, to whom he used to have to suck up when he was a developer, in his menagerie of scumbags … Bonded to his subject since the early 1990s, Andrew Kirtzman views Giuliani as something like a special uncle, so the former mayor’s putative descent strikes the biographer as tragic. Having loathed Giuliani since I moved to New York in 2000, especially after he became Mr 9/11, I can only see his late work as comic … He is frequently drunk…Sometimes he falls over. One hopes he’s having a good time.”

“The stories of Bliss Montage keep the cover’s cheeky promise. They take place in little pockets removed from ‘real’ life, whatever that means: inside a parallel world hidden behind a wardrobe; at a cultish festival in a fictional country; on a protracted vacation in a ‘de-Americanized’ world; in an MFA workshop. The air has been sucked out of all these claustrophobic nowheres … The pieces share a definite mood, and it’s lonely as hell … Severance is a prototype for the best of Bliss Montage: surreal but rooted, watching at a remove while the world crumbles. Ghosts are the ultimate voyeurs—writers in their ectoplasmic state … Ma rides a good concept when she finds one … The later stories in Bliss Montage grow more fluid, as if the earliest ones are vocal warmups and the last are performances at Carnegie Hall. But the entire collection might as well have been written for Peking Duck and Office Hours, two powerhouses so absorbing that you’ll pray Ma spins them off into future novels.” 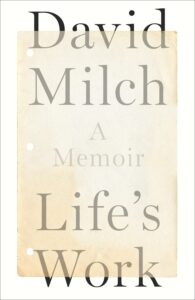 “Life’s Work is one of the best books about television I’ve read. It’s funny, discursive, literate, druggy, self-absorbed, fidgety, replete with intense perceptions. It does not read, as too many El Lay books do, as if it were filmed with a Steadicam at golden hour. Anyone who works in mass culture should read it … probably. The trouble is that Milch’s trail is just about unfollowable, outside of his sick devotion to work. Writing dialogue as sharply as he does, his book suggests, requires a heroin habit straight out of a Denis Johnson short story, a ruinous gambling addiction, an ability to stretch deadlines to their dissolving point, an ego that can shatter buffet platters at 30 feet, and a knack for making others love you and want you poisoned at the same time … Life’s Work does get a bit fuzzy toward the end. The pearls begin to lack adequate stringing. This feels natural, part of the human drama. You finish feeling you’ve really met someone. Milch was his own best creation.”