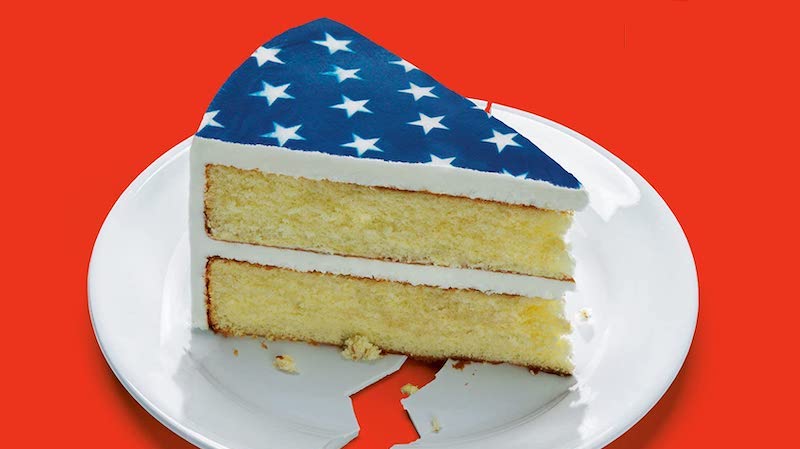 Of new novels by James Hannaham, Stephen King, A. M. Homes, and more

Our quintet of quality reviews this week includes John Irving on James Hannaham’s Didn’t Nobody Give a Shit What Happened to Carlotta, Laura Miller on Stephen King’s Fairy Tale, Xan Brooks on A. M. Homes’ The Unfolding, Bekah Waalkes on Emi Yagi’s Diary of a Void, and Katy Waldman on Jonathan Escoffery’s If I Survive You.

“We may understand its mechanisms, but Hannaham’s bumper-car narrative still astonishes … Carlotta’s internal dialogue is always breaking into the third-person narrative midsentence, punctuation be damned. But her stream of consciousness keeps pace with the frenetic action of the story; her interjections feel seamless after a few pages … Hannaham’s mix of humor and horror works because of Carlotta’s interjections in the narration, which have the effect of tempering catastrophe and reimagining the mundane. Notwithstanding her in-your-face tragedies, past and pending, Carlotta’s voice is captivating. Throughout the novel, she rediscovers Brooklyn and doesn’t withhold on the changes she confronts … In his fiction, Hannaham has demonstrated an abundance of empathy for the sexual minorities he writes about … we often circle the Same Old Anger, Usual Frustrations and Somebody Oughtas, but her idiosyncratic wit injects freshness and pathos to the issues … At a time when families with trans and gay children feel persecuted by state governments, Hannaham makes Carlotta heroic … Don’t let the title of this wondrous novel fool you. Hannaham cares deeply about Carlotta. From a mash-up of perspectives, he writes like a guardian angel. Or—as our narrator says of Carlotta, when she’s feeling elated—’like a drag queen doing a layup.'” 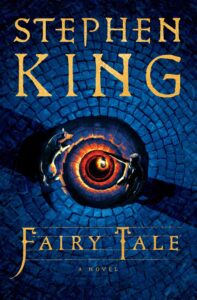 “Like its predecessors in the King canon—especially The Eyes of the Dragon, the Dark Tower series, and The Talisman (co-written with Peter Straub)—it’s sometimes grisly, sometimes tense, and sometimes a bit goofy. You’ll inhale Fairy Tale in big 100-page swathes without the slightest effort or strain, and you’ll be grateful that there are 600-plus pages of it to remind you several times over how much fun that kind of reading experience is. The book’s alternate world combines Grimmian fairy-tale elements with Lovecraftian cosmic horror, but it takes a while to get there. The more of them I read, the more I appreciate King’s set-ups. His hero, high-school senior Charlie Reade, doesn’t begin his trek down the stone stairs spiraling underground in his neighbor’s backyard until about a quarter of the way through the book. Not for King the brisk dispensing of the mundane real world in favor of the thrilling vistas of Narnia or Wonderland … If modern-day retellings of fairy tales can lack the earthiness of the originals, pulp adventure tales, while often enormous fun, aren’t typically concerned with emotional depth. But Fairy Tale supplies both fleshly human frailty and a fully functional heart. Its plot is driven not by its hero’s desire to seek his fortune, but by something as potent as a boy’s love for his dog … An abiding theme in King’s work is that every human being has the potential to do evil, and that only by acknowledging this and remaining vigilant against it can we hope to live moral lives. (Lovecraft, in a particular, was a writer who never confronted his own propensity for hatred, and his work is the worse for it.) But hatred is also a kind of power, especially for a storyteller, and King had me madly hungering for the moment when his novel’s eminently loathsome villains got their comeuppance.” 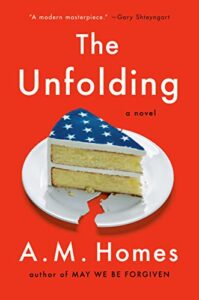 “The Unfolding is a jittery tale of crisis and opportunity, tracing that liminal period between Obama’s election and inauguration which doubled as the GOP’s long dark night of the soul. Homes’s tone is similarly discombobulated, veering between barbed satire and nuanced domestic drama like a train clattering over the points as it homes in on DC. Her protagonists have lost their bearings and mislaid their schedule. It is their outrage and confusion that provides the book with its fuel … Homes’s political saga is not so much Primary Colors as a study in grey. Its focus is on the backroom boys: the donors and lobbyists who shuttle from one fundraiser to the next … Homes whisks through the intrigue with a cool eye and a keen ear, animating Hitchens’s clandestine meetings with whip-smart, affectless dialogue that reads like an episode of The West Wing co-scripted by Don DeLillo … The Unfolding, one assumes, was conceived and written over a 10-year period, running across a changing terrain, straining to keep pace with events. Homes’s rueful prehistory of the Maga movement ultimately risks feeling like a book caught between two eras: a state-of-the-nation novel from the recent past. It gives us the shy white dinosaurs in their smoke-filled rooms, the quiet background hum of the old Washington machine. But America, God save us, has turned altogether wilder since Obama’s first term.”

–Xan Brooks on A.M. Homes’ The Unfolding (The Guardian)

“Like Bartleby, she doesn’t say yes or no: she just prefers not to, choosing another option. What she really wants, it seems, is to be largely undisturbed. Yagi doesn’t exalt or condemn Shibata for her choices, nor does she suggest that her protagonist should be doing something else or that her limited act of protest makes her a paragon of resistance. She’s just one woman doing what she desires. And who could begrudge her that? Indeed, Diary of a Void refuses to take Shibata’s lie to its most dramatic conclusion, subverting the expectation that she will either have to reckon with her choices or pay for her deception. She is not caught in a web of deception so much as she burrows herself in … The novel’s real achievement is its refusal to moralize or elevate anything popularly thought to give life meaning: hard work, motherhood, material success, community. It’s nihilistic to the extreme … Shibata’s wry tone never lapses into too much earnestness, never gets co-opted into anything reparative. She, too, is ultimately a hollow core—whether a fake mother or a real one, an earnest worker or a resisting one, in the end, it doesn’t really matter.” 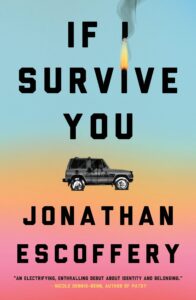 “The book, about an immigrant family struggling to make ends meet, delights in mocking the trope of an immigrant family struggling to make ends meet. In Trelawny’s experience, people routinely misapprehend what it’s like to live in poverty, or to be Jamaican American … Escoffery’s fiction is marked by ingenuity. The eight stories in If I Survive You employ the first, second, and third person, as well as the past, present, and future tense. One tale unfolds in Jamaican patois; another dips in and out of Black American idioms. There’s peacocking humor, capers, and passages of shuddering eroticism. The book feels thrillingly free, and Escoffery, forty-one, has caught the publishing world’s attention … His technical exuberance stands in stark contrast to his subject matter, which can feel hopeless, a litany of the cruelties that people in straitened circumstances visit upon one another. Still, there’s a difference between hope and grace. Literature abounds with characters who jury-rig salvation out of scraps. But Escoffery’s protagonists, though resourceful, can’t accomplish the impossible; nor do they sacrifice themselves for the reader’s sentimental education. If I survive you, the book qualifies, and its prose comes alive in that gasping and clawing—what Trelawny calls an ‘exquisite, wracking compulsion.’ These characters are strange amalgams of limited agency and boundless originality. Their survival, perhaps, comes down to their style.”