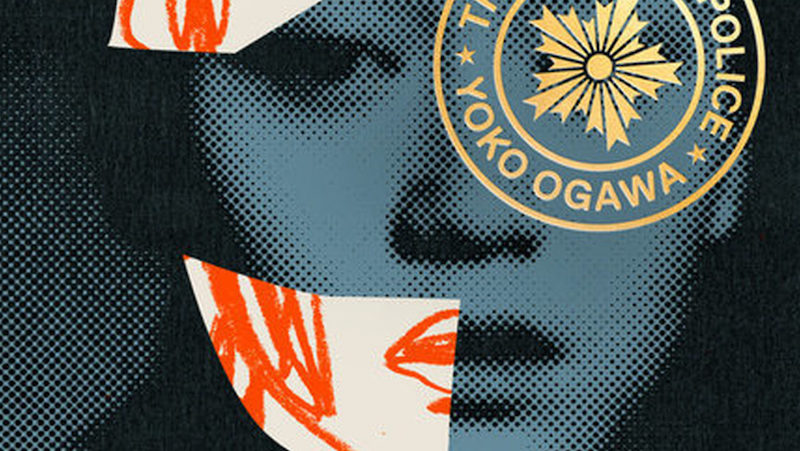 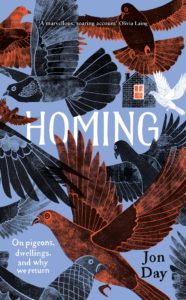 “It’s a rich and joyous book. Chapter by chapter, Homing braids together the story of Day’s own journey as a partner, father and pigeon fancier with the story of one of his own pigeons’ long flights back from Thurso, the furthest point on the north road (south road races see the birds released on the Continent). It’s a beautiful formal conceit. The terrain his pigeon crosses over, as well as the weather and dangers it faces before it arrives safely back in London and home, chime with Day’s own story, which is told with engaging honesty. He recounts his hopes and worries for Natalya’s pregnancy with the couple’s second child, and a good deal of ambivalence about domesticity and fatherhood, his desire for freedom warring with his need to feel at home. Pigeons are tutelary spirits on his journey to acceptance; they teach him moving lessons about giving up control, about what the good life might be. They help him find his way home … The book’s quiet optimism about our ability to change, and to learn to love small things passionately, will stay with me for a long time. How perfect it is that pigeons offer us a way of thinking about home that is free from appeals to race and history, political boundaries and exclusion. As they grow, they learn to be at home, and will make any place their own.”

–Helen Macdonald on Jon Day’s Homing: On Pigeons, Dwellings, and Why We Return (The Times Literary Supplement) 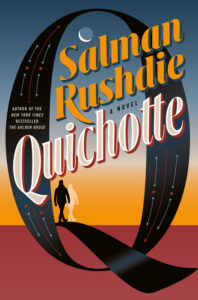 “Rushdie made his name on the breathtaking originality of his 1981 novel, Midnight’s Children…It was told in the voice of Bombay—rowdy, musical, tender and profane—a new voice for a new literature of migration and identity; the wave of writers influenced by the book were called ‘Midnight’s Grandchildren.’ He followed it with Shame, on the birth of Pakistan, his angriest, funniest, finest novel, to my mind. His next, The Satanic Verses, sealed his literary immortality … That famous style has congealed in recent years; the flamboyance that once felt so free now seems strenuous and grating … Of all genres, fantasy, E.M. Forster has argued, requires perhaps the greatest adjustment on the part of the reader, a special suspension of disbelief. It is not necessarily a great adjustment but it must be accounted for, and it must be made, otherwise the reader will be left on shore, watching the author’s proud, meaningless exertions with increasing detachment and coldness. When Rushdie’s previous books have succeeded it is because he has been guided by this awareness and found ways to entice us on board, to poke fun at his own excesses … [in Quichotte,] Rushdie’s narrative impulses are centrifugal; they lie in tossing in celebrity cameos and literary allusions, in sending new plots into orbit in the hope they might lend glitter and ballast to a work sorely in need of both, sorely in need of tethering to the world, the concerted thinking and feeling of realism, not magic. As Cervantes’s Don Quixote tells Sancho: Teeth are more precious than diamonds.”

“The Memory Police is finely translated by Stephen Snyder and reaches English-language readers as if sent from the future. Ogawa’s weightless and unadorned prose weaves a world where memory is always associative; we remember not just the object itself but what it conjures. Birds are byways to flight, lightness, quickness, youth, song, mornings, twilights, migrations. They partake in stories, paintings, metaphors and myths. Each object that is disappeared takes layers of personal and shared knowledge with it … The action of the book ebbs and flows with the suddenness with which ordinary people take terrible risks. There are lessons here for those caught up in accelerating times, when political conditions deteriorate and life becomes a series of desperate calculations. Who to trust? When to speak? What to risk and when? How to love and exist, especially for those who know they will not outlive the obliteration? … The Memory Police is a masterpiece: a deep pool that can be experienced as fable or allegory, warning and illumination. It is a novel that makes us see differently, opening up its ideas in inconspicuous ways, knowing that all moments of understanding and grace are fleeting. It is political and human, it makes no promises. It is a rare work of patient and courageous vision.”

–Madeleine Thien on Yōjo Ogawa’s The Memory Police (The Guardian)

“[Neiman] contrasts Germany’s response to the Holocaust with America’s response to slavery and centuries of racial discrimination. Her concern is not ‘comparative evil’—which event is worse—but ‘comparative redemption,’ how each community has responded to and reframed the memory of its unsavory past. Neiman contends that postwar Germany, after initially stumbling badly, has done the hard work necessary to grapple with and come to terms with the legacy of the Holocaust in a way that could be a lesson to America in general, and the American South in particular … Neiman moved from Berlin to Mississippi to research this fascinating book. She actively sought people and institutions engaged in ‘remembering.’ She found eerie similarities between the response of the first generations of postwar Germans to their evil past and the response of many Americans, particularly Southerners, to theirs. Many of her Southern informants echoed Germany’s post-World War II mantra. Nobody was in the slave business. Southerners just bought what Northern ship captains sold them. Slavery was unconnected to the Civil War. The conflict was all about taxes … The history wars shape far more than how we remember the past. They shape the societies we bequeath to future generations. Susan Neiman’s book is an important and welcome weapon in that battle.”

–Deborah E. Lipstadt on Susan Neiman’s Learning From the Germans: Race and the Memory of Evil (The New York Times Book Review)

“The funny, ravenous, and strange novels of Nell Zink look at American culture from the fringes, following activists and misfits as they contend with the absurdities of the modern world…Zink’s satires are not restrained by the conventions of social politeness or narrative structure. Characters uncover secrets only to be killed off; they get pregnant, married, and separated within a few dozen fervent pages. The most consistent quality of her books is a desire to flout rules…These revelations point to Zink’s sharp eye and sense of timing. But they also raise the stakes. What happens to a satirist who sees her darkest visions made real? … By hewing more closely to a shared idea of the present, Zink may be using her talents not to invent but to understand. Notably, the book leaves Trump in the background. Zink is looking at the rest of us, entangling her readers in a state of affairs they’ve seen develop around them. But this shakiness between reality and satire also suggests some skepticism about what, precisely, a novelist—or an activist or any individual—can accomplish. Zink’s characters are essentially powerless—powerless against big labels, against environmental catastrophe, against the political-financial complex. The characters don’t even have the force that comes from conviction…But satire needs people to believe in the power of speech if it’s to be effective. It depends on the idea that words can act where there is no money and no might. If words have no power, then satire doesn’t have any, either. It becomes an eye roll rather than a weapon.”