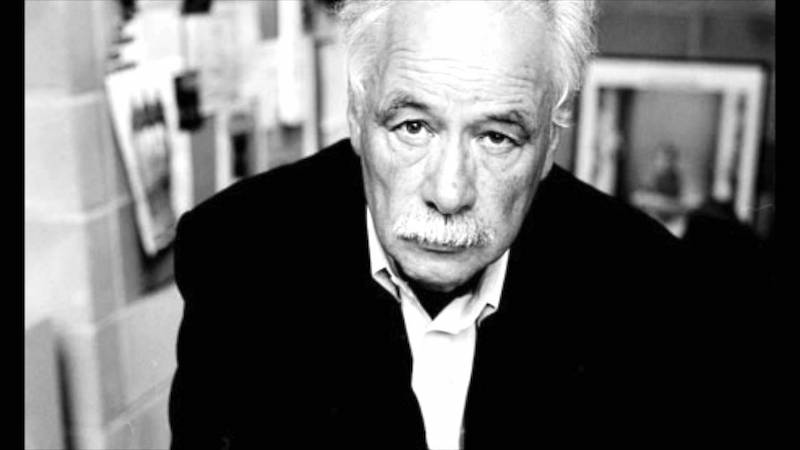 “Whatever must be said to get you to heft this daunting debut novel by Honorée Fanonne Jeffers, I’ll say, because The Love Songs of W.E.B. Du Bois is the kind of book that comes around only once a decade. Yes, at roughly 800 pages, it is, indeed, a mountain to climb, but the journey is engrossing, and the view from the summit will transform your understanding of America … Jeffers has poured a lifetime of experience and research into this epic about the travails of a Black family. As any honest record of several centuries must, Jeffers’s story traverses a geography of unspeakable horror, but it eventually arrives at a place of hard-won peace … One of the many marvels of The Love Songs of W.E.B. Du Bois is the protean quality of Jeffers’s voice. Sweeping back and forth across the years, her narration shifts nimbly to reflect the tenor of the times—from the shared legends of tribal people to the candid realism of the modern era … You don’t read these phrases so much as hear them on the wind … If the convoluted racial composition of these characters is a challenge to track, that’s the point: Despite the strict demarcations of color that reside in the White imagination, the society that evolves in these pages is peopled by a spectrum of hues … Jeffers is particularly deft in the way she portrays Ailey coming of age in the 1980s and ’90s, trying to chart her own way amid heavy guidance from her accomplished family … The ultimate demonstration of Jeffers’s skill is that she effects that same profound impression on her readers. With the depth of its intelligence and the breadth of its vision, The Love Songs of W.E.B. Du Bois is simply magnificent.”

“The word thrill arrives from the verb form of an earlier word, thirl—to make a hole, to pierce, to penetrate—with thirl itself tied back to thruh, from which we get through. I just want to make clear how I mean the word, when describing After the Sun, Jonas Eika’s debut collection of stories, as relentlessly thrilling. Many lasting, vibrant scenes involve literal penetration—yes, sexual, but also otherwise, ritualistic, say, or symbolic. And it’s the language, too, that pierces, thrills. The sentences in these stories stretch past the limits of the ordinary to the luridly extraordinary, and some moments feel as if they are breaking through to the sublime … I recommend against reading After the Sun straight through, as the accumulation of unpredictability, the relentlessness of the thrill, will likely begin to wear: When anything can happen, why and how it’s happening matters increasingly less. Rather, afford some time for palate cleansing between each piece. The stories are not flawless, and the achievements of stylistic originality, the shocks, often come at the expense of heartfelt connection with characters, but honestly, in this case, it’s more than a fair trade-off, to be pierced and thrilled again.”

“He did not live to see the resurgence of ethno-nationalist forces across Europe, part of a broader backlash to a postwar liberal democratic order that has never seemed shakier. But he probably would not have been surprised by these developments, since his books do not carry a trace of the triumphant tenor that marked the era in which they were produced. To the contrary, they are more like the tombstones that often appear in the grainy photographs interspersed throughout his work: mournful monuments to all that has been lost and destroyed over the course of European civilization; glimpses of the vast necropolis just beneath the surface of things … ‘People lose the faculty of remembering,’ he once told his students. ‘This is the function of literature.’ His compulsion to remember and resurrect is central to the appeal of his work, which, in addition to the somber business of saving the forgotten souls of the Holocaust, is full of curiosities and wonders … The lost world Sebald stitches together feels alien and deeply familiar at the same time, which is another way of describing that foreign country we call the past … His books can feel like a metaphor for getting old: If youth is a belief in autonomy, in the notion that you can be free of your origins and your family, then age is the growing conviction that the secret of yourself lies waiting to be discovered in the darkening mists of the past. For Sebald, this search can result in moments of perfect clarity, of light parting the clouds, but also leads to cul-de-sacs of absurdity and awfulness that offer no meaning at all, let alone redemption.”

“God, Human, Animal, Machine represents a canny rejoinder to the bankrupt ‘philosophy of selfhood that has characterized information technologies since the early days of cybernetics—the notion that a person can be described purely in terms of pattern and probabilities, without any concern for interiority.’ O’Gieblyn’s loosely linked and rigorously thoughtful meditations on technology, humanity and religion mount a convincing and occasionally moving apologia for that ineliminable wrench in the system, the element that not only browses and buys but feels: the embattled, anachronistic and indispensable self … a hybrid beast, a remarkably erudite work of history, criticism and philosophy, but it is also, crucially, a memoir. O’Gieblyn knows that personal writing is ‘often dismissed as unserious or egotistical,’ but her ‘I’ is not the indulgent ‘I’ of the confessional foray, nor the strident ‘I’ of liberalism: It is the humble ‘I’ of human scale and perspective.”

“The itemization of exquisite beauty (and its counterpart, magnificent ugliness) coupled with the randomness of fate and the ambushes of the past are hallmarks of Levy’s work … Levy’s writing mirrors life’s incautious and uneven trajectories. Eternally curious and wide-ranging, her reported conversations with and observations of both strangers and intimates weave a wayward trail through a dense forest …This is a work about what it means to be a writer: its reinventions, isolations, self-interrogations, its shifting penury and riches, both emotional and financial … The outcome is a glittering triple echo of books that are as much philosophical discourse as a manifesto for living and writing.”