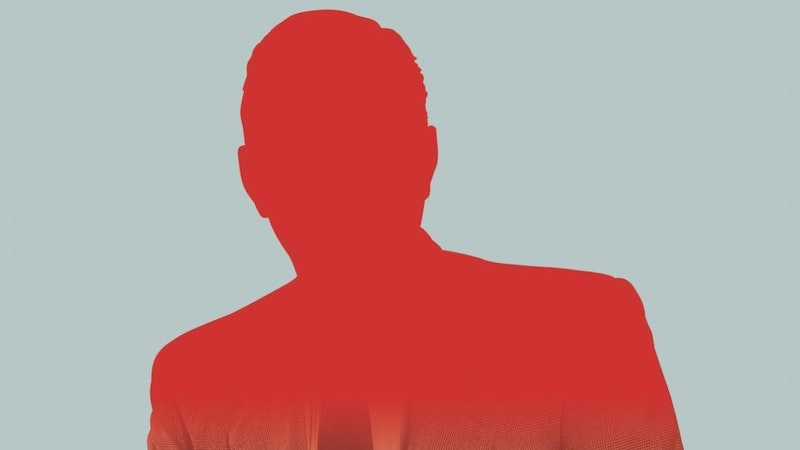 5 Reviews You Need to Read This Week: Private Lives and Public Personas

Rachel Cusk on Yiyun Li, Deborah Eisenburg on Natalia Ginzburg, a graphic novel twenty year in the making, and more

Our first standout review of the week is Rachel Cusk’s deeply considered, and truly devastating, New York Review of Books essay on Yiyun Li’s Dear Friend, from My Life I Write to You in Your Life and Where Reasons End: “…her sentences, like the Chinese streets of her childhood,” Cusk writes, “are ghosts imprisoned beneath an unstoppable transformation, where the spirit wanders—at once homeless and free—amid the alien structures of the new.”

Over at the New York Times, Parul Sehgal had mixed feelings about Lisa Taddeo’s “immersive look at a particular story of female sexuality, albeit refracted three ways,” Three Women, calling the book “florid and sometimes inexcusably clumsy but also bracing, bleak and full of nagging questions about why it remains so difficult for some women to access their secret lives, to name—let alone pursue—their desires.”

Meanwhile, in his New Republic review of John Levin’s The Queen: The Forgotten Life Behind an American Myth, Bryce Covert commends the author for his “meticulous scouring of the historical record to paint a picture of a woman who was infuriatingly difficult to pin down during her lifetime, resurrecting a biography of the person who would become the ur–welfare queen.”

We also take a second look at Deborah Eisenburg’s New York Review of Books piece on the recently-reissued novels of the late Italian author and activist, Natalia Ginzburg (“If that world had been different, maybe the sparkling vivacity of her writing would have been uncomplicated by a menacing undertow of violence”) and Brian Selznick on acclaimed graphic novelist Seth’s “monument to passing time,” Clyde Fans (“Open Clyde Fans and let Seth take you into his time machine”). 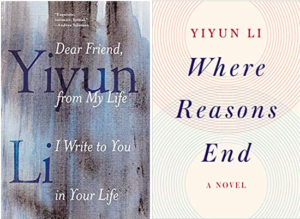 “For an immigrant writer, the psychological problem of lost links can be meaningful terrain; likewise, the abandoned homeland can be fruitfully considered, from a safe distance. Yet creativity is no fortress, and even language—as Li has proved—is a bridge that can be burned. You can unlearn your own language as a stratagem for escaping the rudeness of memory, but events will still pile up, with or without an identity willing to organize them … The difference between sharing and watching might almost be a definition of the difference between good writing and bad. In the case of Yiyun Li, this principle appears to be not only reversed but also turned inside out: her sentences, like the Chinese streets of her childhood, are ghosts imprisoned beneath an unstoppable transformation, where the spirit wanders—at once homeless and free—amid the alien structures of the new … For Li, fiction—the creation of events and characters—only works through the emphatic denial of its links to personal experience, which she has extended to the denial of native language itself. In other words, she will only be allowed to live among those she loves if she hides herself; beneath the bandage of fiction, the wound can lie undisturbed … It is hard to think of a more philosophically riveting account of the consequences of the denial of individuality in our contemporary world than is offered in this troubling, thrilling, mesmerizing book … At a certain point, it seems, Li missed an important turning in the road: she staked everything on the art of fiction, as practiced by people whose egos had not been systematically dismantled by the political and cultural structure of their homelands, and she mistook autobiography for the work of ego. Dear Friend is her bleeding, exhausted arrival at personal truth after the longest of detours: it is in a sense her attempt—for the very first time—to speak, to use her voice out loud.”

–Rachel Cusk on Yiyun Li’s Dear Friend, From My Life I Write to You in Your Life and Where Reasons End (The New York Review of Books)

“Seth draws time out, both literally and metaphorically. It took him over 20 years to finish this book…His drawing style changed over those years. It’s as if Clyde Fans itself is a monument to passing time, and the first direct mention of time in the story is, curiously, a reference to a broken clock … Whom is [Abe] talking to? Himself? Us? Whom are these jokes for? Is he like the Stage Manager in Thornton Wilder’s Our Town, setting the scene for us and guiding the story, or is he more like the unnamed narrator in Daphne du Maurier’s Rebecca, whose point of view will take us through the entire narrative? We find the answer once this epic introduction ends and we are suddenly plunged back in time to 1957. Here we find ourselves with Abe’s mysterious brother Simon. Through Simon we begin to learn the truth behind Abe’s stories. The dynamic of the book shifts now, and we go deep into Simon’s mind. We experience his world, we feel his fears and share his obsessions … Open Clyde Fans and let Seth take you into his time machine. The technology is relatively simple: cardboard, binding, glue, thread, paper and ink, words and pictures. Most of the drawings are in black and blue, as if the entire novel were composed of bruises. Perhaps we’re being reminded that the past can be a painful place to visit. There’s no room for nostalgia in Seth’s vision. The past is as sharp and painful as the present. In fact, the past is the present, conjured in words and pictures, existing in the spaces between what’s said and unsaid, what’s seen and unseen. It’s in these spaces where Seth knows alchemical reactions occur. In the end, as we close the pages on Simon and Abe and step back into our own lives, we might feel—even for just a moment—that we finally know what time looks like.”

“The strength of The Queen lies in Levin’s meticulous scouring of the historical record to paint a picture of a woman who was infuriatingly difficult to pin down during her lifetime, resurrecting a biography of the person who would become the ur–welfare queen. By examining her reality, we can finally question the very concept of a welfare queen and deconstruct a myth spun out of selective details … Without articulating explicit racial animus, Reagan conveyed a story that spoke to people’s racist ideas about public benefits and lazy black people … We can’t confront the idea of the welfare queen without grappling with the real life welfare queen. Doing so lifts a three-dimensional human out of the two-dimensional figure painted by all the men who have used her as a tool for their political or personal agendas … In truth, it was likely both. Life is complicated. Linda Taylor was a victim of many things, including racism, family cruelty, and possibly mental illness; she then went on to victimize a long list of people herself. One thing she clearly was not, however, was a stereotype, and Levin’s book should warn against the use of false stereotypes about the poor, black people, and mothers. Linda Taylor was real and very complicated. The welfare queen never was.”

–Bryce Covert on Josh Levin’s The Queen: The Forgotten Life Behind an American Myth (The New Republic)

“Each of us possesses three lives, Gabriel García Márquez told his biographer Gerald Martin: a public life, a private life and a secret life. Imagine a biography that only charted the secret life. The journalist Lisa Taddeo has produced something of the sort in Three Women … an immersive look at a particular story of female sexuality, albeit refracted three ways. It’s florid and sometimes inexcusably clumsy but also bracing, bleak and full of nagging questions about why it remains so difficult for some women to access their secret lives, to name—let alone pursue—their desires … In these stories, desire is desolation, with roots in trauma. All three women have been punished by men and shamed by other women. Their sexual lives are dictated by their husbands and lovers … Is it apparent what Taddeo herself wants for this book? She has said she intended to take the pulse of American sexuality, updating Gay Talese’s 1980 study of the sexual revolution, Thy Neighbor’s Wife, from a female perspective. But this is not a book interested in capturing a zeitgeist—there is no mention of #MeToo, gender roles or the wider world at all. The focus stays trained on the women—their childhoods, their relationships with men and their mothers—bookended by sections in which the author expresses vague hopes of kindling empathy in her readers … The faux-literary language seems larded on to distract from the book’s essential pessimism about power and conflict between men and women. That harshness, however, is a great strength of the book. The boldness in Three Women—and its missteps—are both born of the risks Taddeo takes; she is a writer who knows ‘there’s nothing safer than wanting nothing.’ ” 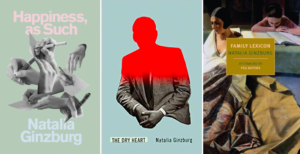 “If that world had been different, maybe the sparkling vivacity of her writing would have been uncomplicated by a menacing undertow of violence. But her father, Giuseppe Levi, was, as his surname made clear, Jewish, and her reasonably genteel middle-class family was left-wing. And as Fascism gradually engulfed Italy, Ginzburg and her family were increasingly beset, she herself most tragically. These three books are very different, and each has its own translator, but Ginzburg is unmistakable. Her observations are swift and exact, usually irradiated by an unruly and often satirical humor. The instrument with which she writes is fine, wonderfully flexible and keen, and the quality of her attention is singular. The voice is pure and unmannered, both entrancing and alarming, elegantly streamlined by the authority of a powerful intelligence. Her work is so consistently surprising that reading it is something like being confronted with a brilliant child, innocent in the sense of being uncorrupted by habit, instruction, or propriety. Ginzburg wastes no time, and the narratives can zoom around destabilizing hairpin turns. And yet the violence at the heart of each of these books is obdurate—immovable and unassimilable … I was born in 1945. Until astonishingly recently, I and most, I suppose, of my contemporaries, believed that fascism had been vanquished. That illusion, too, was ephemeral—the wheel turned. It could be—given, in addition to the international resurgence of fascism, extreme climate change and resulting mass migrations, the pressure of an increasing population on the food supply, and the mass extinction of species—that the wheel will never again turn to the point where Lidia could resume telling her stories. But while we are waiting, and hoping against hope, the writing that Ginzburg has left behind shines in the dark, sharpening our view to what’s behind the glass, enigmatic and obscure and right in front of our eyes.”

–Deborah Eisenburg on the Natalia Ginzburg’s The Dry Heart, Happiness, as Such, and Family Lexicon (The New York Review of Books)