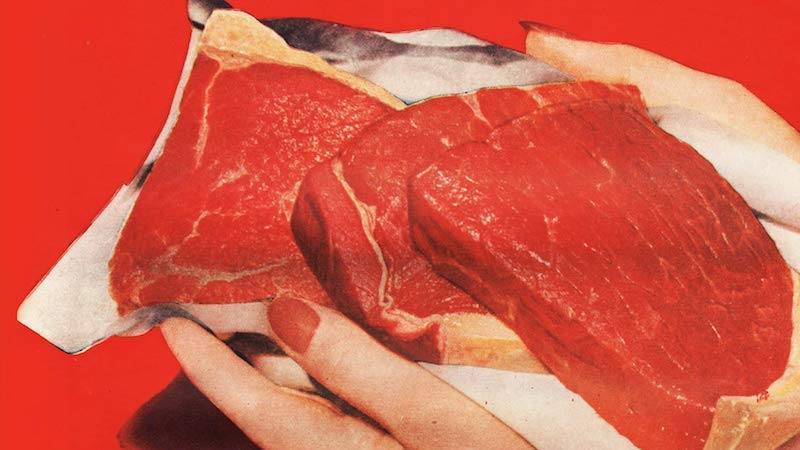 “The ideas in Nightbitch may not be new but they’re given renewed urgency by the story. As with Kafka’s Metamorphosis or the gorier feminist tales of women becoming animals in Angela Carter’s The Bloody Chamber, this is an archetypal character, seen in close-up but with a distance between her and the narrator. Yoder’s voice is precise and funny, pitch-perfect as it modulates between wry social observation and ecstatic accounts of the mother’s nights of gnashing rabbits in her neighbours’ gardens. There is astonishing skill and dexterity here; the story retains the graceful distance of the fable but has far more stream of consciousness and social observation than we expect in a fairytale … The situation builds to a crisis, with the mother’s violent urges becoming more dangerous. Something has to change and the answer comes through art. I wondered if too much was made of it as a solution to life—the sense that she has a vocation to fulfil feels a little over-weighted. Some of the book’s vision of nature loses its charge when it’s put back into the gallery. But as a vision of womanhood and of motherhood, this remains a terrifically alive and imaginative tale of ‘a wild, complicated woman with strange yearnings’—an important contribution to the engagement with motherhood that rightly dominates contemporary feminism.”

“… coolly written and casts a spell. The light it emits is ghostly, like that from under the lid of a Xerox machine … The narrator’s voice is largely bloodless. One of Kitamura’s gifts, though, is to inject every scene with a pinprick of dread. Your animal instincts as a reader—the tingling of the skin, the eagerness to pick the book back up—may be engaged before the rest of you is … Kitamura pays attention to the dark side of urban landscapes, the things we prefer not to learn about … All novels are, in a sense, about language, but Intimacies presses down on how meaning is made, and how it is compromised … the real heat here, as in Kitamura’s previous novel, A Separation (2017), lies in the author’s abiding interest in the subtleties of human power dynamics … Few novelists write so astringently about how we misread people, and are forced to refresh, as if on a web browser, our assumptions about them … I like Intimacies—it’s certainly one of the best novels I’ve read in 2021—without it quite being the sort of thing I like. The rapt attention it pays to the problems of glamorous, international, well-appointed people, not to go all Tea Party on the readers of this review, poked whatever class antagonisms I cling to … You don’t sense the grit and grain of life. No one has ill-timed acne, or really can’t catch a cab. There are not many stray, stabbing insights. A film version would feature a lot of long, somber, pre-dawn drone shots of the stylish urban landscape and a thrumming score by Trent Reznor and Atticus Ross … Kitamura has delivered a taut, moody novel that moves purposefully between worlds.”

“More known for ever-popular works like ‘The Raven’ and ‘The Tell-Tale Heart,’ Poe saw his real, unique contribution to American letters in a cosmological and philosophical treatise that is now rarely read or discussed. The fact that he saw it as the culmination of his entire life’s output suggests that we might have been missing something in Poe’s work this whole time … Tresch suggests instead that the poem can offer a key to much of Poe’s more famous writing—lacking the svelte frisson of his great horror tales, perhaps, but offering an insight nonetheless into the obsessions that spawned them … Rather than feeling like a dive into minutiae or a specialist’s niche, Tresch’s approach manages to open up the world of Poe’s writing in an unexpectedly fascinating way. What emerges is how Poe’s interest in—and sometimes misunderstanding of—science drove some of his greatest works of horror … Poe approached horror with a mathematician’s precision, and this remains the true wonder of his work. Unlike so many of his contemporaries, with Poe the seams are almost always visible … Somehow despite all this, Poe’s work continues to hum with mysterious despair and tenuous horror—a trembling unknown that keeps us evermore coming back.”

“… intense and addictive … With a touch as light as a single match, Hoby scorches the earth beneath hollow social activism and performative outrage among young, coastal liberals … The novel is steeped throughout with Hoby’s penetrating observations on the moral underpinnings, absurdities and truths of contemporary social activism. The author is also just as much an artist, transforming words into stunning visuals … When we engage in social activism, are we less virtuous if we signal it? What is our motive for engaging in the first place? Virtue considers such questions, but is too smart a novel to answer them. Instead, we are left with this insight from Luca: ‘We didn’t know what we were doing. We felt bad and we wanted to feel good, and that was all.'”

“Lisa Taddeo’s Animal is pure literary theatre, a blood-slicked cabaret … All will be revealed in time, the whole grisly mess. It is a discomforting source of narrative momentum, the promise of access to Joan’s originating wound, but Animal is a feast of abjection: sumptuously profane and gluttonously cruel … Animal is crafted in the mould of Bret Easton Ellis’s American Psycho, with yoga pants and medical-grade marijuana in place of power suits and cocaine. And just like Easton Ellis’s ultra-violent provocation, it is at once repellent and riotous, electric and tedious, slyly brilliant and about as subtle as a brick: a grotesque novel of power to reflect our culture’s grotesqueries of power … does revelling in a trope help an author to dismantle it? The transgressiveness of Taddeo’s novel feels like rage-inflected solidarity, but it is also a case of trauma as spectacle. For all of Animal’s dark—and deeply intentional—ironies, it is hard not to be wary of edgelord art that ceaselessly depicts women being hurt to demonstrate how much women are hurt.”