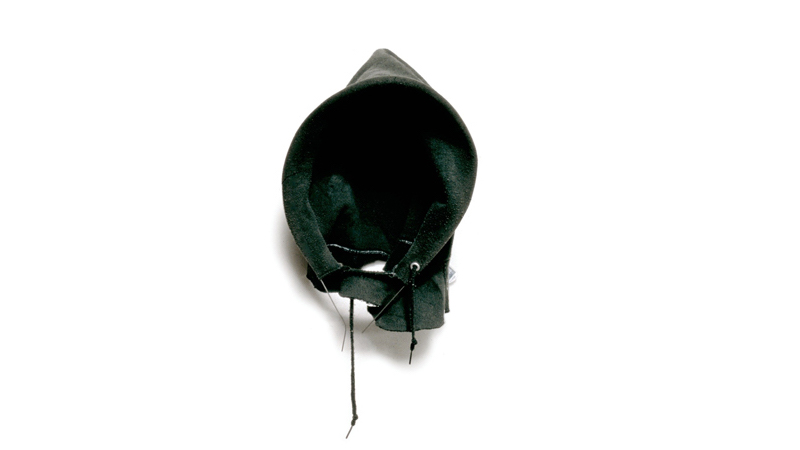 5 Reviews You Need To Read This Week

Revisiting Claudia Rankine's Citizen, Ibram X. Kendi's How to Be An Antiracist, Michelle Alexander's The New Jim Crow, and more

In a week where tens of thousands have taken to the streets to demand justice for George Floyd and an end to the brutal law enforcement policies that have claimed the lives of so many black Americans, we take a look back at five seminal works of contemporary literature, all of which examine the scourge of racism in America. 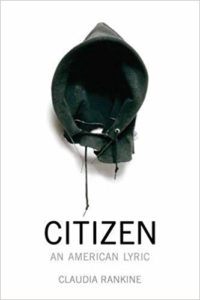 “…an anatomy of American racism in the new millennium, a slender, musical book that arrives with the force of a thunderclap … Rankine is profoundly interested in witnessing how power and pain move through the body and the body politic—but without prescription. She doesn’t declaim. She rarely consoles. Instead she creates a space for readers to engage with their own preconceptions, fears, and hostilities … Racist language is, after all, itself a kind of enchantment, a kind of spell. And Rankine stages her encounters so we can see, almost in slow motion, how it enters and lodges itself in the body, and what havoc it causes … Rankine shows us how dehumanization works—over brunch, in the checkout line, at the university. At the hands of people you admired and trusted. She traces the ions, the shocks and currents that become the storm … That is the sting Citizen leaves behind. Rankine is able to sit with the questions she cannot answer. But even if there is no solace on offer, this work of careful, loving, restorative witness is itself an act of resistance, a proof of endurance. ”

“…another stunner of a book that is in some ways [Kendi’s] previous work’s natural counterpart … Instead of focusing on our racist ideas, Kendi offers up a wrenching examination of the evolution of his … Kendi rejects the now-hackneyed notion that blacks cannot be racist because they do not have power … He shifts our attention away from people’s ethnic identities to the racist nature of their ideas and policies, and argues that these are the things on which we should judge a person. While acknowledging the reality of racism in contemporary life, Kendi wants to free us from using tainted ideas to stigmatize people and support policies that define others as inferior … What emerges from these insights is the most courageous book to date on the problem of race in the Western mind, a confessional of self-examination that may, in fact, be our best chance to free ourselves from our national nightmare.”

–Jeffrey C. Stewart on Ibram X. Kendi’s How to Be An Antiracist (The New York Times Book Review)

“Now and then a book comes along that might in time touch the public and educate social commentators, policymakers, and politicians about a glaring wrong that we have been living with that we also somehow don’t know how to face. The New Jim Crow: Mass Incarceration in the Age of Colorblindness by Michelle Alexander is such a work … Alexander is not the first to offer this bitter analysis, but The New Jim Crow is striking in the intelligence of her ideas, her powers of summary, and the force of her writing. Her tone is disarming throughout; she speaks as a concerned citizen, not as an expert, though she is one. She can make the abstract concrete, as J. Saunders Redding once said in praise of W.E.B. Du Bois, and Alexander deserves to be compared to Du Bois in her ability to distill and lay out as mighty human drama a complex argument and history.”

–Darryl Pinckney on Michelle Alexander’s The New Jim Crow: Mass Incarceration in the Age of Colorblindness (The New York Review of Books)

“DiAngelo attempts to explicate the phenomenon of white people’s paper-thin skin. She argues that our largely segregated society is set up to insulate whites from racial discomfort, so that they fall to pieces at the first application of stress—such as, for instance, when someone suggests that ‘flesh-toned’ may not be an appropriate name for a beige crayon … The value in White Fragility lies in its methodical, irrefutable exposure of racism in thought and action, and its call for humility and vigilance. Combatting one’s inner voices of racial prejudice, sneaky and, at times, irresistibly persuasive, is a life’s work. For all the paranoid American theories of being ‘red-pilled,’ of awakening into a many-tentacled liberal/feminist/Jewish conspiracy, the most corrosive force, the ectoplasm infusing itself invisibly through media and culture and politics, is white supremacy.”

–Katy Waldman on Robin DiAngelo’s White Fragility: Why It’s So Hard for White People to Talk About Racism (The New Yorker) 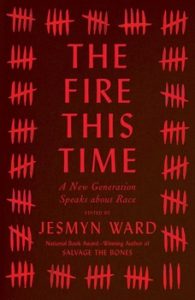 “Ward writes of it in the introduction to The Fire This Time, a stirring anthology that takes more cues from Baldwin than just its title. Inspired by the chronological structure of the two sections of The Fire Next Time, Ward organizes the poems, columns, essays and other ruminations in this collection into three sections confronting the past, present and future of blackness in America. I say blackness more than race or racism; the anthology cannot avoid these last two uglier constructions, but the joy and pain of existing while black is what’s celebrated here … The pain of black life (and death) often inspires flowery verse, but every poem and essay in Ward’s volume remains grounded in a harsh reality that our nation, at large, refuses fully to confront. In the spirit of Baldwin’s centering of black experiences, they force everyone to see things our way.”

–Jamil Smith on The Fire This Time: A New Generation Speaks About Race, ed. by Jesmyn Ward (The New York Times Book Review)