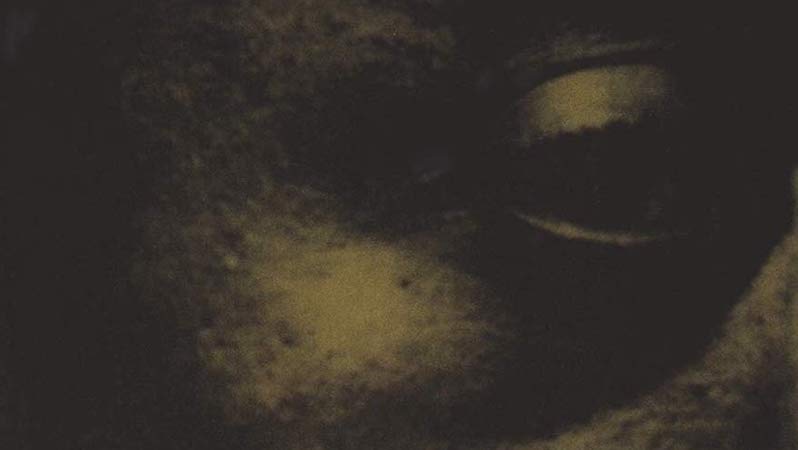 This week’s quintet of quality reviews includes Casey Cep on James Baldwin’s The Evidence of Things Not Seen, John Banville on Richard Ford’s Sorry for Your Trouble, Justin Torres on Maryse Condé’sThe Belle Créole and The Wondrous and Tragic Life of Ivan and Ivana, Sarah Watling on Vivian Gornick’s The Romance of American Communism, and Parul Sehgal on Wayne Koestenbaum’s Figure It Out. 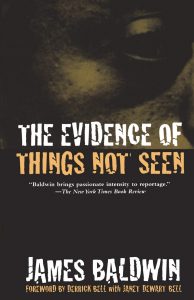 “In 1985, two years before he died, James Baldwin published The Evidence of Things Not Seen, a short book on the Atlanta child murders. It was built from reporting he had done in Georgia’s capital city for Playboy, before and after the arrest of Wayne Williams, and also from his lifetime of experience as a black American … the book is a fascinating work of true crime which marshals the injustice of one set of cases not only or even chiefly to resolve them but in order to make an argument about justice itself. Today, its argument seems prescient. The Evidence of Things Not Seen is less a book about the deaths of black children than one about their lives—about the violence and neglect that too often afflict them and about the ways that, in today’s parlance, they do and do not matter … Baldwin was less interested in the race of the perpetrator or perpetrators than in the imperilled status of Atlanta’s black children. Some of what drew him to writing about the cases was the opportunity to expose the reality of life in the heart of the supposed ‘New South,’ the city that was allegedly too busy to hate … The Evidence of Things Not Seen is less a coda to Baldwin’s career than its refrain: it includes a bracing account of the fight for civil rights, which he portrays not so much as a movement but as an insurrection, one that was actively and often violently suppressed by white people.” 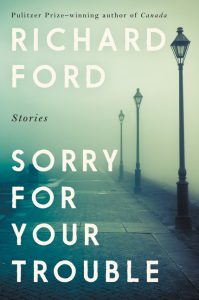 “The finest and most substantial story here is The Run of Yourself. One could say is has the richness and breadth of a novel, but that would be to slight the short-story form, of which Mr. Ford has repeatedly proved himself a master … However understated and oblique, Sorry for Your Trouble—which is what Irish people say to the bereaved at a funeral—is both a coherent work of art and a subtle and convincing portrait of contemporary American life among the moneyed middle class. None of the main characters has to worry about money, which highlights the emotional malaise that underlies their lives and their frequent and almost absent-minded couplings and uncouplings. In the background are wars, financial crises, natural vicissitudes. This is America, and Richard Ford is its chronicler. In these superbly wrought tales he catches, with exquisite precision…the irresistible melancholy that is the mark of American life.”

“For the past half century, Maryse Condé has been chronicling the black diaspora in novels that are rollicking and scandalous, that examine gender and culture, class and religion, African and Caribbean society. She performs a kind of alchemic conversion from abstract theories of power to very human lusts and appetites, where costs are paid in the flesh … In 2018, Condé was awarded the first and only New Academy Prize in Literature, nicknamed the ‘Alternative Nobel.’ It was the year that sexual assault and corruption led to a crisis of validity for the Swedish Academy, and the awarding of the world’s most prestigious literary honor was postponed…The scandal—in which sexual assault exposes the Eurocentrism, misogyny and cronyism undergirding our notions of ‘prestige,’ and in which kingmakers are shown to be human, fallible, implicated—might itself be something out of a Condé novel. Few writers are as skilled at illustrating the ways in which personal abuses of power are not just the result but the praxis of cultural domination … One is never on steady ground with Condé; she is not an ideologue, and hers is not the kind of liberal, safe, down-the-line morality that leaves the reader unimplicated.” 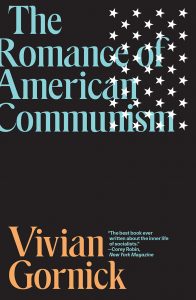 “Given how many times Vivian Gornick has elaborated on the faults of her 1977 oral history, The Romance of American Communism, I feel a little unsophisticated for finding it so compelling. The things she has said of the book—that it is ‘strangely over-written’ and that there is a tendency to romanticise—are true. Everyone should have someone in their lives who looks at them the way Gornick looks at her former communists … This isn’t a book about dangerous revolutionaries or what a communist America might actually have looked like – it isn’t even exactly about politics. Instead it is about people whom Gornick regards as ‘honest dissenters,’ and how communism made them feel. As such, it is far from complete as a history of American communism but it is a fascinating and enlightening contribution to one … Some of the most potent recollections are of the desperate and degrading poverty that formed the background to communist activism. In this, the book is partly a history of one country’s failure to acknowledge, or even exist for great swathes of its population … Most brilliantly evoked, however, is the exhilaration of conversion and the soul-expanding experience of finding a cause. Even in her self-flagellating new introduction, Gornick doesn’t disavow her admiration for her subjects. Their lives, she tells us, were ‘impassioned by an ideal of social justice … irradiated by a kind of expressiveness that made them feel brilliantly centred. This centredness glowed in the dark: it was what made them beautiful, well spoken and often heroic.’ ” 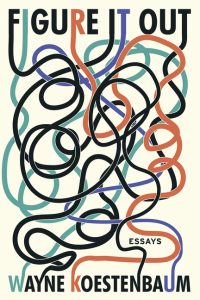 “It’s also the mark of a certain kind of writer, who, as if possessing a vestigial memory of that freedom, rebels against the straitjacket of ordinary syntax in hopes of returning to that place of spaciousness, unclouded perception and play. Think of Lewis Carroll’s forensic interest in nonsense, Gertrude Stein’s or Beckett’s experimentation with repetition and baby talk. Our most ecstatic modern practitioner might be Wayne Koestenbaum, the polymathic poet and essayist. (He’s also a painter and pianist.) His work—rueful, cerebral, gloriously smutty—includes trance poetry and automatic writing … The chief charges against Koestenbaum are frivolity, prurience and self-indulgence (‘masturbatory’ is the word that comes up repeatedly). To which he’d respond, I’d hazard, with a cheery: Guilty! ‘Pervert’ is his signal noun and verb. His great and singular appeal is this fealty to his own desire and imagination. If his excesses irk, it might be useful to wonder where and how you acquired your limits in the first place—’figure it out,’ as the title enjoins … There is a feeling of watching a writer so allergic to cliché now interrogating his own moves, annotating his own clichés with diligent, affectionate exasperation. Figuring it out, after all, is a life sentence.”