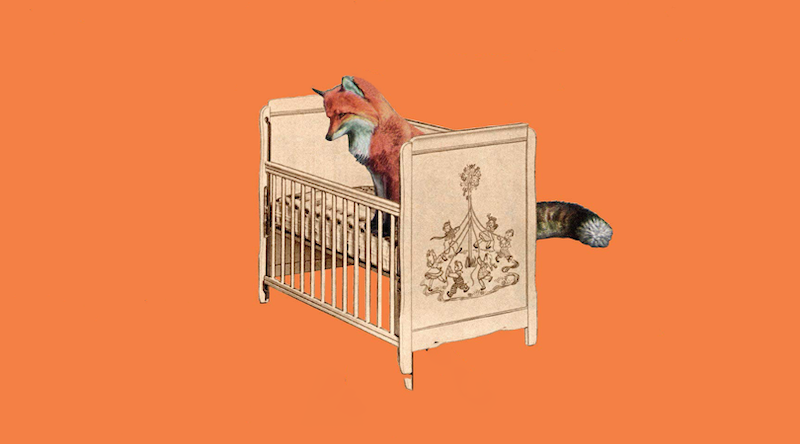 5 Reviews You Need to Read This Week: Monsters, Riots, and Orange Worlds

Plus Walter Isaacson on George Packer, Ivy Pochoda on a near-flawless mystery, and more

Our Man, George Packer’s biography of larger-than-life American diplomat Richard Holbrooke, got a ringing endorsement from biographer extraordinaire Walter Isaacson in the New York Times this week. “It’s both a sweeping diplomatic history and a Shakespearean tragicomedy,” enthuses Isaacson, “with Holbrooke strutting and fretting his hour on the stage.”

Over at the Boston Globe, John Freeman marvels at the dark, uncanny universes created by Karen Russell in her new collection, Orange World: “over and again, by tilting the universe this way and that, Orange World makes clear if there’s one thing we share now it’s a feeling of having been betrayed.”

“Riots I Have Known is a compact cluster bomb of satire that kills widely and indiscriminately,” writes Ron Charles in his Washington Post review of Ryan Chapman’s debut novel. “If you’re part of the Venn diagram that subscribes to n+1 and McSweeney’s, this is the funniest book you’ll read all year.”

We’ve also got Brian Dillon on Max Porter’s “lyrical, eerie, and comic” Lanny (“Porter may also have written the first great Brexit novel: a book about the deepest, oldest, strangest sense of itself that England possesses”) and Ivy Pochoda on Julia Phillips’ “nearly flawless novel,” Disappearing Earth (“it is a testament to the novel’s power that knowing what happened to the sisters remains very much beside the point”).

“I doubt that any novel, not even one co-written by Graham Greene and F. Scott Fitzgerald, could have captured Holbrooke fully, and I certainly thought that no biography ever would. But now one has. George Packer’s Our Man portrays Holbrooke in all of his endearing and exasperating self-willed glory: relentless, ambitious, voracious, brilliant, idealistic, noble, needy and containing multitudes. It’s both a sweeping diplomatic history and a Shakespearean tragicomedy, with Holbrooke strutting and fretting his hour on the stage … Packer pulls no punches, and the complex shadings of the all-too-human personalities—including Holbrooke’s widow, Kati Marton; his lifelong frenemy Tony Lake; his patron Hillary Clinton; and his nemesis Barack Obama—are painted with vibrant complexity. They will likely wince but then nod as they read … the book overflows with the trait that was Holbrooke’s saving grace: an in-your-face intellectual honesty that is not tainted, as Holbrooke’s was, by his manipulativeness. The result is so bracing that Our Man not only revitalizes but in some ways reinvents the art of journalistic biography.”

–Walter Isaacson on George Packer’s Our Man: Richard Holbrooke and the End of the American Century (The New York Times Book Review) 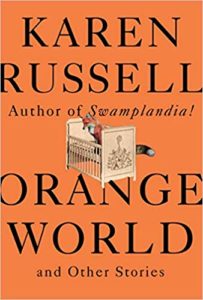 “With each story Russell pitches a pup tent in each new universe so rapidly you almost don’t feel its assumptions getting to their dark work … Something is, however, not right in each of these worlds. Usually two things—one private, the other bigger, in one way or another environmental. Russell’s gift is how she braids these together, letting the private un-right-ness bob to the surface like a beacon … These tales are not short, but they feel even roomier owing to the way Russell cracks open narrative space with humor … Russell is also the greatest user of verbs in American fiction since Annie Dillard. Dogs ‘dervish’ around kitchens. A man is ‘turtled’ into his hoody in a rain storm … The precision of Russell’s writing makes it that much easier to accept how she is tilting reality … Over and again, by tilting the universe this way and that, Orange World makes clear if there’s one thing we share now it’s a feeling of having been betrayed. It shoots off of Russell’s characters like radiated worry. It draws them together, pulls them apart, sometimes, sadly, between beloved family members in one yarn, where silence, as Russell puts it, ‘reveals its tiny serrated fangs.’ In these stories, though, Russell reveals we don’t have to be silent. We can shout as does this book. Look for it, with its color, it won’t be hard to find. It’s a beacon.”

“The English writer Max Porter’s antic new novel is presided over by a monstrous rural personification of chaos, decay, and renewal … I am not going to tell you a thing about the dead-of-night magic-realist denouement of Lanny, except to say that it is written, like the whole novel, with an extraordinary verve that’s by turns lyric, eerie, and comical … Rivulets of italic conversation literally twist and turn on the page, forming typographic meanders and little orphaned oxbow lakes of text. Graphical experiment aside, this whole strand of the book amounts in itself to a small comic masterpiece, capturing the energy and rue—sometimes the malignity—of contemporary home-counties vernacular … Porter’s main characters have discrete and engaging voices … Porter may also have written the first great Brexit novel: a book about the deepest, oldest, strangest sense of itself that England possesses.”

“Riots I Have Known is a compact cluster bomb of satire that kills widely and indiscriminately. Even the narrator is counting down the minutes to his impending death … Riots I Have Known is presented as a live-blog, a ricocheting monologue of self-justification, cultural criticism and last-minute revenge spinning out on social media while helicopters hover overhead…That voice is a noose spun from pomposity and vanity. Chapman knows MF so well, it’s like they were cellmates for years … If you get it, there’s something rewarding about Chapman’s manic humor, the special satisfaction of catching his references to Foucault, Pentagram or Martin Baron. His satire of academic pomposity, the commercialization of the prison system and the infectious influence of marketing zaps with the power of a highly charged stun gun … if you’re part of the Venn diagram that subscribes to n+1 and McSweeney’s, this is the funniest book you’ll read all year.”

“… superb … It’s a well-worn cliché of book jacket copy to say that place is as important a character as any of the people in a book, and yet the women who populate Phillips’s novel are so intrinsically and intelligently identified with their region that it’s impossible to understand or even consider them without Phillips’s precise evocation of Kamchatka. She describes the region with a cartographer’s precision and an ethnographer’s clarity … There will be those eager to designate Disappearing Earth a thriller by focusing on the whodunit rather than what the tragedy reveals about the women in and around it. And if there is a single misstep in Phillips’s nearly flawless novel, it arrives with the tidy ending that seems to serve the needs of a genre rather than those of this particularly brilliant novel. But a tidy ending does not diminish Phillips’s deep examination of loss and longing, and it is a testament to the novel’s power that knowing what happened to the sisters remains very much beside the point.”