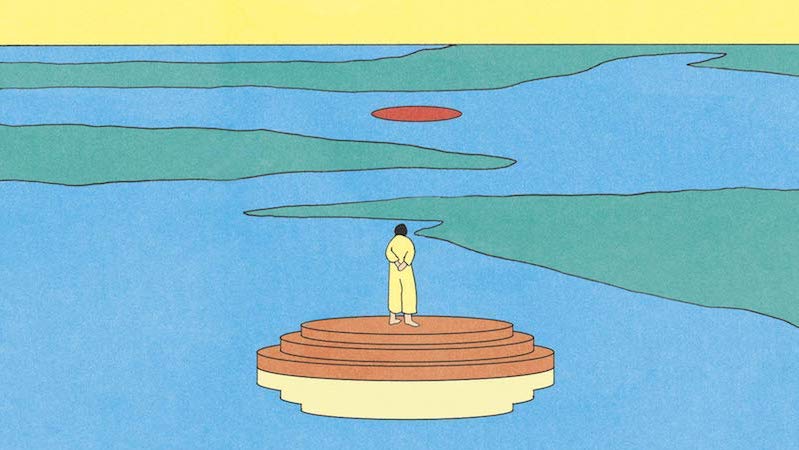 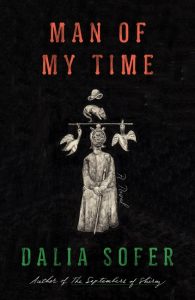 “With Sofer’s considerable talents, the betrayals (of both self and others) that leave Hamid a brittle shell of a man are fully worthy of our intense gaze … Sofer’s characters deliver such preternaturally complete and impassioned speeches, ones so full of aphorisms, that it would be tempting to take a line from any one as a thesis for the book … In the midst of the moral murk that constitutes our antihero’s soul, it’s helpful to have axiomatic arrows to follow. But Sofer is doing something more complex here than just handing us pithy answers. No one pronouncement sums up either Hamid or his situation; the sum of them, in all their disagreements, might get close … the book’s exposition is angled toward an outsider’s gaze — and there’s real discord between the narrative’s commitment to interiority and the sacrifices it makes in explaining itself. This is the perennial struggle faced by any writer whose imagined narrative audience and likely actual audience don’t fully align, but there are solutions more elegant than these … The arc of Hamid’s life is finely wrought, a master class in the layering of time and contradiction that gives us a deeply imagined, and deeply human, soul—an enviable skill always, but essential for attaching us to a character who, despite his attempts at self-betterment, is essentially unforgivable … The beating heart of American literature has always been the contributions of those looking both forward and back, both at America and at the world. Members not of skipped generations, necessarily, but of Janus-headed ones, writing toward something more difficult than forgiveness.” 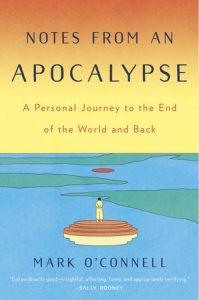 “Mark O’Connell’s new book about the end of the world is not called Notes from the Apocalypse, but rather Notes From an Apocalypse—a gesture of articular modesty that points to a larger truth: Despite the climate crisis, despite a global pandemic, it has always been ‘the end of the world for someone, somewhere’ … In a chain of charming, anxious, and tender essays, O’Connell examines his own apocalyptic frame of mind … O’Connell is interested in the feeling of apocalypse, not its precise mechanics. He rarely bothers with perfunctory explanatory glosses, the whowhatwhenwhere writers usually have to do before the more interesting why. His chapter on visiting Chernobyl, hilariously, never stops to explain what exactly happened there (nuclear catastrophe, Soviet Ukraine, 1986). He also does not attempt to explain the science behind climate change … O’Connell takes for granted that we feel as he does, that apocalypse is just in the air … O’Connell is frantic with meaning-making, like one of those medieval Christian mystics who saw the rapture portended in every pebble, every bird … a reminder to ask what else we can be—and for whom—in the meantime.

–Annalisa Quinn on Mark O’Connell’s Notes From an Apocalypse: A Personal Journey to the End of the World and Back (NPR) 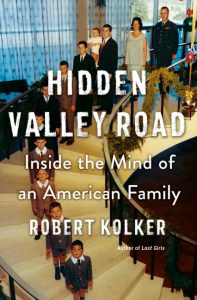 “Mimi’s heart, her image, and the gingerbread house are among the many broken things in Robert Kolker’s new book Hidden Valley Road. Named for the street the Galvins lived on in Colorado Springs, Kolker’s book splices the history of their family with an account of the gradual rise of genetic research in studying and treating mental illness. The Galvins present an extraordinary case: Six of Mimi and Don’s ten boys developed schizophrenia, striking at the heart of a debate over whether nature or nurture determines who we are … The surprising lesson of Hidden Valley Road is that schizophrenia has long been a literary subject. It entered public consciousness through memoir and is still, in Kolker’s work, best examined at length, in writing. In narrating the history of a family whose many unwell members would have a hard time articulating their own experiences, Kolker works towards a common language of the mind.”

–Josephine Livingstone on Robert Kolker’s Hidden Valley Road: Inside the Mind of an American Family (The New Republic) 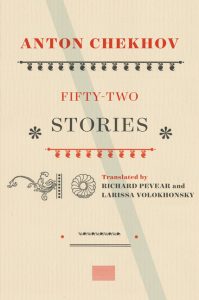 “The minor hits are represented here, the juvenilia, playful sketches and a handful of more fully realized stories, like the characteristically queasy romances ‘The Kiss’ and ‘About Love’ … ‘With what trash I began!’ Chekhov once said of his early efforts, but from the beginning, you can discern his hallmarks, the shock of his disorienting last lines in which the stakes of a story are suddenly revealed … The stories, however, seem curiously translation-proof. Even in Pevear and Volokhonsky’s occasionally stilted interpretation, they lose nothing of their vigor and sheen. They reek with life. This might be because the pleasures of reading Chekhov aren’t at the sentence level—the language is unvarnished, the metaphors simple, sturdy and often repeated, a few plots even borrowed … It’s the watchfulness, the lack of contrivance and the economy of his fiction that still feel so shocking, so modern; the momentum he engineers, which carries his characters to the point where their defenses break down and ready-made language runs dry and they are left frighteningly exposed … the issues with the new translation are not grievous. They’re little fish bones in the mouth, they stall and annoy. Pevear and Volokhonsky take strange pains to avoid idiomatic language, giving the prose an awkward formality … The deeper disappointment lies in how much of Chekhov’s subtle and comic characterization is lost … it misses some of the richness, the delicacy and irony of previous editions.” 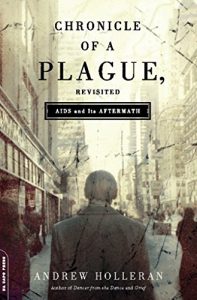 “Holleran’s writing combines sensual excess with sociological scrutiny and philosophical reserve; one feels at once subsumed in the dancing crowd and always, somehow, at a singular remove from it. He seemed almost miraculously calibrated to serve as an observer of post-Stonewall gay male life in New York, a moment fuelled by penicillin and liberation. He was poised for a career as a chronicler of the manners and mores of an unprecedented world. And then that world fell apart … [his] essays combine journalistic reportage in real time with an extraordinarily refined literary sensibility, and the conjunction is startling. As Holleran, along with the rest of gay New York, slowly realizes the scope of the catastrophe, the effect is something like reading F. Scott Fitzgerald’s notes on the apocalypse … Holleran has a genius for portraiture, a gift for using a single figure to give life to a whole world, to a whole philosophy of living … Narratives of the early AIDS crisis are almost always, finally, narratives of heroism, offering catharsis either through a brave, doomed confrontation with untimely death or, in accounts of ACT UP and the development of successful therapies, like David France’s How to Survive a Plague, determination and eventual triumph. One of the achievements of Holleran’s essays is their utter rejection of the satisfactions of catharsis…Looking back on the columns, he accuses himself of ‘ “morose delectation”—an addiction to melancholy.’ (Holleran, who was raised Catholic, attributes this concept to the Jesuits.) But precisely the characteristics that disappoint him, and that may blunt effectiveness in crisis—coolness, self-doubt, a penchant for sadness and near imperviousness to outrage, an allergy to self-righteousness—are what make him such a powerful observer.”

–Garth Greenwell on Andrew Holleran’s Chronicle of a Plague, Revisited: AIDS and Its Aftermath (The New Yorker)