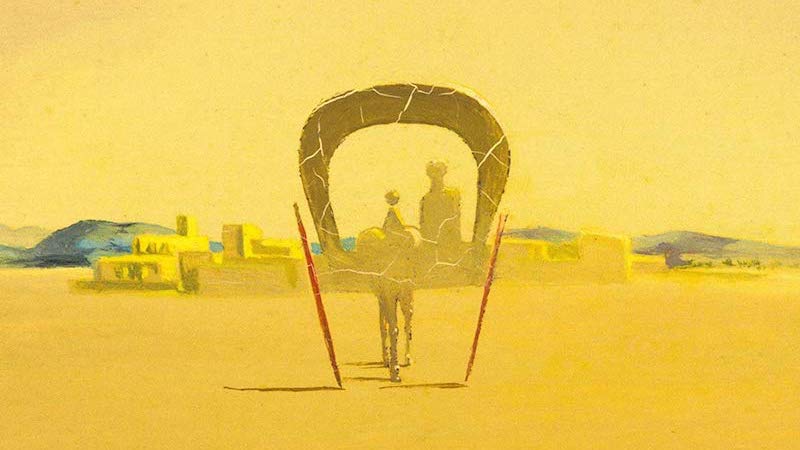 5 Reviews You Need to Read This Week: Borders Walls and Bret Easton Ellis

Former enfant terrible Bret Easton Ellis was back in the (book) news this week as his 1985 debut novel, Less Than Zero, was revisited in the pages of the Guardian by My Year of Rest and Relaxation author (and Whoopi Goldberg superfan) Ottessa Moshfegh. “The generative experience of reading this book,” writes Mosgfegh, “is that of staring at a portrait of the human world—LA is its costume—for long enough to see through the facade.”

Over at the New Yorker, The Line Becomes a River author Francisco Cantú considers The End of Myth, Greg Grandin’s unflinching investigation into the meaning of the American frontier from early westward expansion to Trump’s border wall.

In his New York Times review of Solitary, Albert Woodfox’s “uncommonly powerful” account of his four decades spent in solitary confinement in Louisiana’s notoriously brutal Angola prison, Dwight Garner writes: “If the ending of this book does not leave you with tears pooling down in your clavicles, you are a stronger person than I am.” 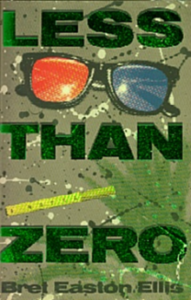 “Subtlety is necessary to satire, but is not prized in the US. We value outgoingness, aplomb, direct attacks and celebrations. We favour straight arrows over innuendo. This is a weakness. Satire is the most difficult mode in literature because it functions with a delicate, invisible layer of self-awareness—which readers often lack. An insensitive reader of Less Than Zero might think, ‘Well, that was disturbing,’ and point to the moments of vivid exploitation as ‘inappropriate’ and ‘wrong.’ Such a reading does not appreciate the incredible timing, restraint, and synchronicity in the writing, nor the fact that these ‘inappropriate’ scenes are actually a direct reflection of reality. We often refuse to acknowledge the ugliness in ourselves and in our world, out of shame or vanity. The generative experience of reading this book is that of staring at a portrait of the human world—LA is its costume—for long enough to see through the facade. The underbelly is always dark, but that darkness isn’t what’s so interesting. It’s what the darkness is obscuring—a blank place unmarred by romanticism and sentimentalism, the hard truth. It is invisible because it is true. One must detach from the mundane activities of life to see this blankness, this freedom. This is the beauty of Less Than Zero. The quiet transparency of existential terror is precisely what blew my mind … If this book is an existential satire, its premise is that the world is hell disguised as paradise.”

“…[an] uncommonly powerful memoir … The heart of Solitary is Woodfox’s decision to ‘take my pain and turn it into compassion, and not hate.’ He read legal books and began to win lawsuits over cruel and unusual punishment. His memoir is strewn with words from others he read while in prison—Nelson Mandela, James Baldwin, Frantz Fanon, Frederick Douglass. He taught men to read. He organized umpteen hunger strikes. He made a difference in many men’s lives. Solitary is a profound book about friendship. Along with Robert King and Herman Wallace, Woodfox became known as part of the ‘Angola 3.’ These men were mostly kept separated from one another, but managed to remain in contact … This story, which Woodfox has written with Leslie George, is told simply but not tersely. If it sometimes induces claustrophobia, well, it’s meant to. Very often the painful details, and the author’s own humanity in the face of them, start to make your chest feel too small … Woodfox reminds us, in Solitary, of the tens of thousands of men, women and children in solitary confinement in the United States. This is torture of a modern variety. If the ending of this book does not leave you with tears pooling down in your clavicles, you are a stronger person than I am. More lasting is Woodfox’s conviction that the American justice system is in dire need of reform. He doesn’t quote Dostoyevsky, but I will: ‘The degree of civilization in a society can be judged by entering its prisons.’”

“It would be impossible to discuss Gingerbread…without the mention of fairy tales. Just a few of the new book’s familiar elements include enchanted confectionery, talking dolls, rumors of a faraway land inaccessible by conventional means and a character with the redolent name of Gretel. And although Oyeyemi, as she has done in her earlier work, subverts these tropes through a contemporary idiom, the novel’s real enchantment is its experimentation with storytelling itself … It is the project of Oyeyemi’s wildly inventive storytelling to superimpose the fantastical over the mundane, reminiscent of filmic attempts such as The Adventures of Baron Munchausen, The NeverEnding Story or even The Princess Bride. In these stories, or let’s call them tales, one can never be confident that one has a sure foot on the narrative, and will have no luck in predicting what might happen next. The borderless nature of literature allows Oyeyemi to perform these feints and transmogrifications several times per page and undermine confidence in the storytelling method itself. Some words critics have used to describe this technique are heady, uncanny and surreal, some others might be confusing or frustrating. These words could also be used to describe the experience of dreaming, a state that Oyeyemi is skilled at evoking. And caught up in this fairy-tale dream state, where nothing is a given, we realize that this book is not only about childhood, but also what it feels like to be a child.”

“Grandin unflinchingly describes the savagery of U.S. troops during the conquest of the country’s continental neighbor … Grandin’s chapters on the Border Patrol make evident the origins of many of today’s most egregious border-enforcement practices … As a member of the patrol, I never witnessed anything as straightforwardly depraved as the beatings, torture, rape, and murder Grandin describes. But I often heard romanticized stories of ‘the old patrol,’ a lament for the days when agents had free rein across the borderlands … Part of Grandin’s achievement in The End of the Myth is to situate today’s calls to fortify our borders in relation to the centuries of racial animus that preceded them … If there is something missing from Grandin’s study of the frontier, it is that the vast scope of his history leaves little room for readers to encounter stories on an individual human scale, to grapple with the more intimate effects of decades of militarism on the border … But the fact that we rarely hear their voices in The End of the Myth is perhaps less Grandin’s failure than it is the failure of the historical record to capture the voices, bodies, and places that have always had the least access to documentation.”

–Francisco Cantú on Greg Grandin’s The End of the Myth: From the Frontier to the Border Wall in the Mind of America (New Yorker)

“It’s early to be pegging the year’s best books, but Niklas Natt och Dag’s stunning debut, is sure to be one of them … Even readers inured to grim depictions of Sweden in the work of writers like Henning Mankell or Stieg Larsson may be taken aback by Natt och Dag’s 1793 Stockholm, a hellish place that seems mired in the Middle Ages, despite the gradual encroachment of Enlightenment ideas … The Wolf and the Watchman is exceedingly grim and often grisly, but, in the elegant translation by Ebba Segerberg, it’s never lurid. Natt och Dag has spoken of his admiration for Umberto Eco’s The Name of the Rose. Like Eco’s novel, The Wolf and the Watchman is a cerebral, immersive page-turner whose detective is a rationalist trapped in a world ruled by superstition, fear, and men whose humanity has been debased and erased as surely as Karl Johan’s … even a righteous man may fall prey to his darker impulses. Winge’s ongoing struggle to maintain a precarious balance between justice and vengeance, as well as his own life and imminent death, gives The Wolf and the Watchman a moral heft reminiscent of works by Graham Greene.”