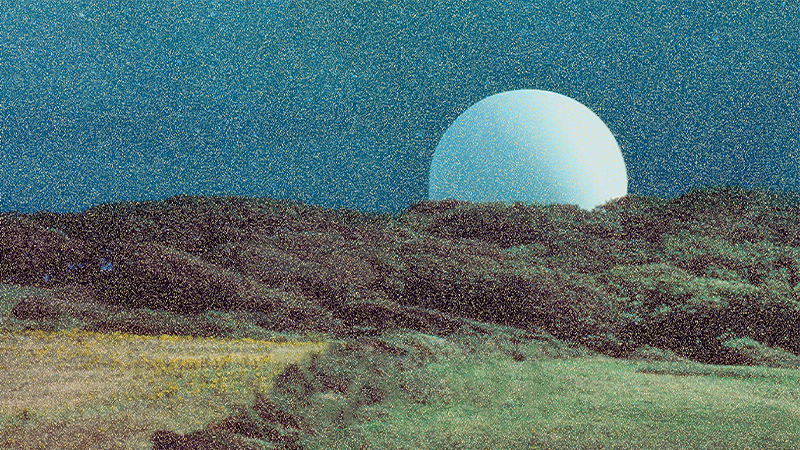 This week brings another embarrassment of riches in terms of literary criticism: Laird Hunt on Emily St. John Mandel’s Sea of Tranquility, Nate Berlatsky on Kate Folk’s Out There, Megan Milks on Melissa Febos’ Body Work, Sandra Newman on Rebecca Scherm’s A House Between Earth and the Moon, and Sophie Haigney on Jennifer Egan’s The Candy House. 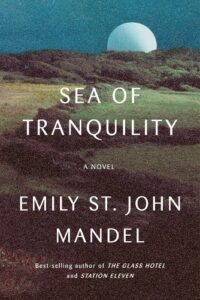 “That feeling of something lovely glimpsed and lost is everywhere in these pages — which makes sense considering that the exiles, grieving friends, lonely authors and lonelier time travelers Mandel sets in motion in this luminous follow-up to Station Eleven and The Glass Hotel are all trying, with varying degrees of success, to catch hold of what keeps eluding them … Mandel has worked adroitly with multiple timelines in her previous books, leaping back and forth between the past, present and future to explore killer viruses and Madoff-inspired Ponzi schemes … In Sea of Tranquility Mandel makes that metaphor — feeling out of sync — quite literal and uses a machine to send Roberts and others out on missions across time. The 20th, 21st, 23rd and 25th centuries are all visited here with plenty of now-familiar, pop-culture concern about temporal health expressed along the way … If this were a different sort of novel, it might be reasonable to fret that stories like Ray Bradbury’s classic A Sound of Thunder, novels like Kurt Vonnegut’s Slaughterhouse-Five … But Mandel is interested in something other than limning the highs and lows of timeline trotting and figuring out what to do — it’s never good, is it? — when someone like Roberts steps off the path, as he eventually does, to try to help someone in the past … Mandel’s novel has more in common with tech-minimized sci-fi outings like Kazuo Ishiguro’s Never Let Me Go … it is her ability to convincingly inhabit the ordinary, and her ability to project a sustaining acknowledgment of beauty, that sets the novel apart.” 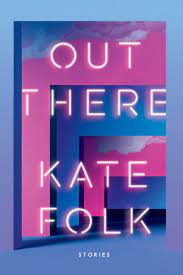 “The title story of Kate Folk’s new collection Out There gleefully rewires those gendered tropes. The story is about blots — male AIs designed to look like handsome heartthrobs, ingratiate themselves and steal women’s data. The perfect artificial man is not a muscled savior. He’s a friendly exterior concealing a nefarious plot to seduce you and rob you of your self … ‘Out There’ originally ran in the New Yorker and was something of a viral sensation. Fans of the story won’t be disappointed by the collection, which also explores a gendered territory somewhere in the borderlands of magical realism, weird horror, sci-fi and literary fiction about jaded relationships … Self-alienation is a familiar feature of absurdist fiction, from Kafka to Murakami (an influence the author quotes several times). For Folk, however — as was for feminist predecessors such as Joanna Russ and Moto Hagio — the collapse of identity and meaning stems from gender expectations, which don’t so much constrict individual personhood as make it impossible to find … Folk’s novels don’t exactly propose a way to rewrite men or women or their relationships. The stories in Out There are more interested in probing for glitches in the commands, places where the narratives about gender dissolve for a moment into static — fascinating, painful, blank — before picking up the signal again.”

–Nate Berlatsky on Kate Folk’s Out There (Los Angeles Times)

“In her new book, Body Work: The Radical Power of Personal Narrative, memoirist Melissa Febos handily recuperates the art of writing the self from some of the most common biases against it: that the memoir is a lesser form than the novel. That trauma narratives should somehow be over—we’ve had our fill … Febos rejects these belittlements with eloquence … In its hybridity, this book formalizes one of Febos’s central tenets within it: that there is no disentangling craft from the personal, just as there is no disentangling the personal from the political. It’s a memoir of a life indelibly changed by literary practice and the rigorous integrity demanded of it … Febos is an essayist of grace and terrific precision, her sentences meticulously sculpted, her paragraphs shapely and compressed. Their careful construction supports Febos’s momentum: each passage advances with the agile grappling of a gymnast’s perfect vault … Febos is appealing to a general literary audience, her goal to grant writers, especially women, permission to tell their stories … Yet I wanted to see her get more complicated—for example, to consider the trauma fatigue expressed by queer and trans and BIPOC writers, which arguably stems from elsewhere: e.g., from a resistance to decades of the publishing industry’s desire for their suffering … For Febos, what makes writing so endlessly compelling is this ‘freedom to return, again and again ‘ … In its various returns to her life and writing, Body Work continually enacts that freedom. And in reiterating the undying problem of patriarchy as it has seeped into literary values, Febos’s latest contributes to a tradition of queer and feminist authors interrogating the terms by which their work is assessed.”

“Rebecca Scherm’s second novel, A House Between the Earth and the Moon, centers on Parallaxis, a space station designed by the tech corporation Sensus as an orbital luxury condo for billionaires … The novel makes us feel the terror of a 2030s Earth where extreme weather events are so common that whole cities routinely burn to the ground and even the affluent have become nomadic, always one step ahead of natural disasters … The fake sky has a glitching panel; walls meant to have a ‘pearlescent glow’ look like packing material; the air is kept safe by technology still in the process of development. The inhabitants also live at the mercy of Sensus, and the reader never loses the sense of how precarious this existence is, and how terrifying it is to depend on the whims of corporate bosses for one’s survival. In that regard, it feels a lot like life on Earth in 2022 … The author’s clear, relatable voice and close personal focus make the book compulsively readable … By deftly combining the subjects of big tech and climate change, Scherm has created a world that fully embodies the anxiety and indignity of our times.”

“This is the origin of one of the central conceits of The Candy House: the idea of externalizing your own consciousness in such a way that it is watchable and shareable. Bouton’s next product, Own Your Unconscious™, paves the way for a ‘Collective Consciousness’ that involves uploading all your memories to a collective server … It becomes a recurrent feature of the inter-related stories in The Candy House, a sequel of sorts to Egan’s 2010 novel, A Visit from the Goon Squad. Many of the characters are in difficult, ethically murky lines of tech-adjacent work … It is Egan’s great gift that these stories nevertheless feel deeply human.The absurdist science-fiction elements act as a kind of backdrop for poignant affairs of the heart: marriages going sour or stale, love affairs that didn’t quite unfold, the power dynamics of a childhood friendship … Ennui, lost love, a sense of too-lateness, bitterness, jealousy—these make up The Candy House. Technology infuses the themes with new and distinct angles, but they remain fundamental to how Egan sketches her fictional world. At the heart of the novel are questions about collectivity. Which forms of it are good and which are bad—or is it both, or neither? What happens when sharing becomes near-total, and how does that create closeness and distance for the people engaged in it? What happens if you refuse to participate?”