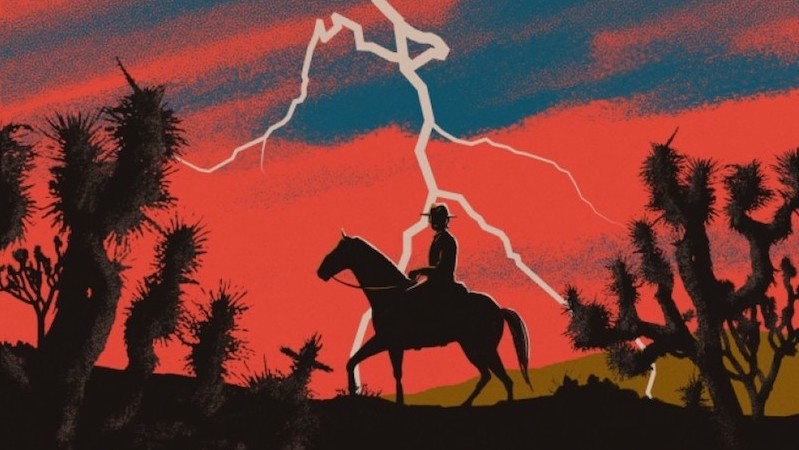 “… a stab at a hefty, Tom Wolfe-style social novel that wrestles with big themes. But his most complex novel is also the best of the batch, and makes a solid case for him as a real-deal novelist. It’s a provocative, entertaining book that […] exposes our collective foibles and makes everybody look a little cartoonish. But it persuades you that we deserve the caricature he’s made of us … Good for Duchovny. He’s not playacting at fiction. But Truly Like Lightning also reveals a celebrity’s privilege: He’s had the opportunity to develop his voice across three novels before writing one that resonates, more leeway than what’s now afforded most emerging writers, who have to take off like a rocket or be all but banished. We could use more David Duchovny novels: funny, big-picture, irreverent. We could also use a literary culture that nurtures more writers the way it has Duchovny.”

“An invigorating work, deadly precise in its skewering of people, places and things. It’s a novel about social media and its insidious creep into our lives, the way it has reconfigured our behavior, relationships and—perhaps most critically, for the ambitions of this book—the way we think about and relate to ourselves … also the work of a critic who has made a career of studying a much older piece of technology: the book, and in particular, the novel. Her debut is packed with references to contemporary writers, from Ben Lerner to Jenny Offill … Oyler posits books as products of their time—dated, in the way of Instagram posts and tweets, down to the year, or even month. Books are not necessarily elevated above social media, but they are also not eradicated by it … this cynicism blunts her ability to navigate the world, and her own emotions, with catastrophic results … That sense of entrapment—of not knowing how to relate to the world—is central to the novel. Oyler is such a funny writer that it can be easy to overlook the fact that the underlying tone of her book is extreme disquiet. Irony provides no protection from unease, but is itself a source of it.”

“Mortality is the undercurrent in Dantiel W. Moniz’s electrifying debut story collection, Milk Blood Heat, but where there’s death there is the whir of life, too. A lot of collections consist of some duds, yet every single page in this book is a shimmering seashell that contains the sound of multiple oceans. Reading one of Moniz’s stories is like holding your breath underwater while letting the salt sting your fresh wounds. It’s exhilarating and shocking and even healing. The power in these stories rests in their veracity, vitality and vulnerability … Moniz always lands on an image or mood that you can feel in your own chest. She is a genius at writing about both the anxious space between girlhood and womanhood and the charged energy of youth.”

“It’s a testament to Sands—his fiercely inquiring mind, his excellent researchers, the wealth of documents and his ability to make them come to life—that the book is so suspenseful … In the end, The Ratline is about the Nazis who didn’t escape and their descendants … It’s a reminder that Europe to this day is populated by survivors and perpetrators of World War II—a place of tangled family histories and selective denial, but also intermittent lucidity. This important book makes clear that the more difficult work of history may not be in tracking down the ones who tried to escape, but in confronting the ones who didn’t.”

–Rachel Donadio on Philippe Sands’ The Ratline: The Exalted Life and Mysterious Death of a Nazi Fugitive (The New York Times Book Review)

“I’m always curious about what Chang-rae Lee is up to, even if I don’t always love the result … exuberant … fabulous and wearying … a novel I feel deeply mixed about. Lee’s writing style, as usual, is alive with wit and satiric social commentary. But Tiller is such a walking personification of ennui that it’s hard to care very much about what happens to him on the alternative adventure he stumbles into instead of his planned semester abroad … despite its expanse, My Year Abroad doesn’t carry Tiller—or us readers—as far as we might expect. As an excursion, the novel mimics Tiller’s own earlier description of those college semester abroad programs: boisterous and fun, but a bit light on core content.”