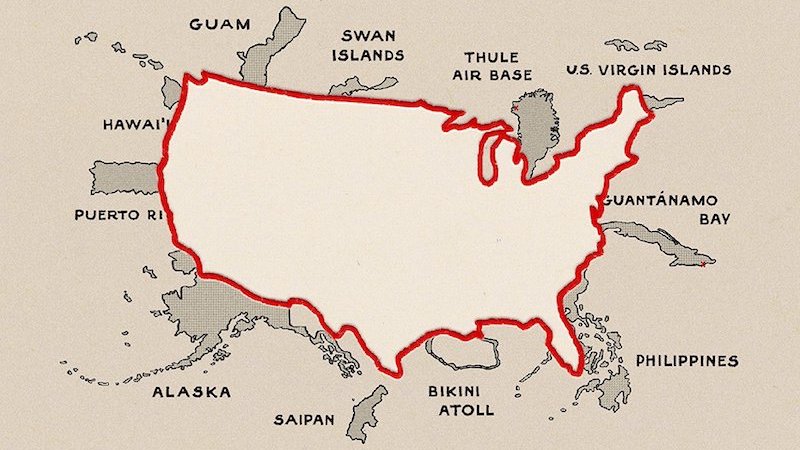 5 Reviews You Need to Read This Week: Chernobyl, Parkland, and the U.S. Empire

Good News: Toni Morrison, perhaps America’s greatest living author, has a new book out!
Even Better News: RO Kwon wrote about it for the Guardian!
The Incendiaries author calls The Source of Self-Regard: Selected Essays, Speeches, and Meditations “a bracing reminder of what words do, how carefully they should and can be used.”

Friday Black author Nana Kwame Adjei-Brenyah, in his New York Times review of We Cast a Shadow, writes that Maurice Carlos Ruffin’s biting dystopian satire of racism in America “asks some of the most important questions fiction can ask, and it does so with energetic and acrobatic prose, hilarious wordplay and great heart.”

Over at the Atlantic, Jake Cline considers Parkland—Columbine author Dave Cullen’s examination of the horrific 2018 school shooting and the determined young activists who emerged in its aftermath: “As Cullen illustrates how the teenagers braved intractable politicians, death threats, and their own traumas to pursue their mission, Parkland can be an inspiring read.”

We’ve also got Jennifer Szalai of the New York Times on Adam Higambotham’s Midnight in Chernobyl: The Untold Story of the World’s Greatest Nuclear Disaster (“Higginbotham’s extraordinary book is another advance in the long struggle to fill in some of the gaps, bringing much of what was hidden into the light”) and Patrick Iber’s New Republic piece on the imperial history of the United States as chronicled by Daniel Immerwahr in How to Hide an Empire (“Americans tend to see their country as a nation-state, not as an imperial power. As such, its global reach and influence are often invisible to its own citizens”).

“The book contains exhortations and transcribed question-and-answer sessions, reflections and analyses, exegeses and commencement talks. In other words, it’s a large, rich, heterogeneous book, and hallelujah … With this book, one is tempted to quote at length from her words: her acuity and moral clarity are dazzling, but so is her vision for how we might find our way towards a less unjust, less hateful future. Race bias, she notes, ‘is not absolute, inevitable, or immutable.’ What’s more, ‘it has a beginning, a life, a history in scholarship, and it can have an end’ … one of the keenest pleasures of this book, especially for the many admirers of her fiction, will be the detailed explications of her own writing … In a eulogy to James Baldwin, she thanks him: ‘It was you who gave us the courage to appropriate an alien, hostile, all-white geography because you had discovered that “this world [meaning history] is white no longer, and it will never be white again.” ‘ Morrison passes along some of that courage, in this book as in all her books … [The Source of Self-Regard] is a bracing reminder of what words do, how carefully they should and can be used.”

“Good questions breathe life into the world. We Cast a Shadow asks some of the most important questions fiction can ask, and it does so with energetic and acrobatic prose, hilarious wordplay and great heart … In trying to describe a book like this, it’s easy to imagine settling on ‘satire that guts American racism’ or something along those lines. And it certainly is that. What must not be lost, as is often the case with the reductive labels we stitch to such works, is how love is at the core of this funny, beautiful novel—a father’s love situated firmly in the jaws of a racist society that threatens to swallow everyone in different ways … At any moment, Ruffin can summon the kind of magic that makes you want to slow down, reread and experience the pleasure of him crystallizing an image again … We Cast a Shadow churns fresh beauty from old ugliness. What injustices have we as a culture come to accept as normal? What are the pitfalls of our complacency? And how can anyone survive this? These questions are essential to America’s growth, but rarely do we see them posed so sharply. Read this book, and ask yourself: Is this the world you want?”

“It entertains and means to do so. But its purpose is quite serious: to shift the way that people think about American history. Americans tend to see their country as a nation-state, not as an imperial power. As such, its global reach and influence are often invisible to its own citizens. So are the complex reactions that its actions around the world produce. Without an understanding of empire, Americans may see events elsewhere—a caravan of Central American migrants heading through Mexico, let’s say—as foreign threats, rather than as a consequence of the global distribution of power and violence, as something shaped by the history and politics of the United States … As Immerwahr puts it, the United States faced a trilemma. It could have at most two of the following three things: republicanism, white supremacy, or overseas expansion. It was republicanism that lost out … Immerwahr convincingly argues that the United States looks less like an empire than its European counterparts did not because U.S. policy maintains any inherent commitment to anti-imperialism, but because its empire is disguised first as continuous territory and later by the development of substitutes for formal territorial control … It is typical of U.S. imperial history that someone like Donald Rumsfeld could deny the very existence of empire while authorizing brutality that depends on it.” 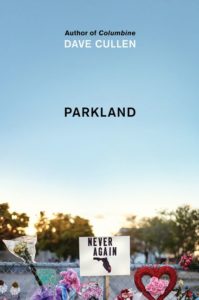 “Parkland is the first book about the shooting that’s not marketed toward teens and young adults. It also may be the most optimistic of the bunch. Cullen is less concerned with recounting the horror that took place in the school’s freshman building, and analyzing the institutional and societal failures that led to it, than he is in capturing the urgency that propelled the movement from [Cameron] Kasky’s living room to voting booths across the country. As Cullen illustrates how the teenagers braved intractable politicians, death threats, and their own traumas to pursue their mission, Parkland can be an inspiring read. His behind-the-scenes interviews and interactions with the group’s leaders provide a lot of insight into their strategies and expectations—he spent 10 months texting and talking with the kids. As a clear sign of the students’ trust in him, Cullen was one of the few journalists—in fact, he was one of the few adults—allowed into the movement’s secret meeting place in ‘a nondescript strip mall’ a short drive from the school … The road to change might have gotten shorter in the past year, but even a book as ultimately optimistic as Parkland understands that much asphalt and many obstacles remain.”

“In his chilling new book, the journalist Adam Higginbotham shows how an almost fanatical compulsion for secrecy among the Soviet Union’s governing elite was part of what made the accident not just cataclysmic but so likely in the first place. Interviewing eyewitnesses and consulting declassified archives—an official record that was frustratingly meager when it came to certain details and, Higginbotham says, couldn’t always be trusted—he reconstructs the disaster from the ground up, recounting the prelude to it as well as its aftermath. The result is superb, enthralling and necessarily terrifying … When the book arrives at the early hours of April 26, 1986, the accident unfurls with a horrible inevitability. Weaving together the experiences of those who were there that night, Higginbotham marshals the details so meticulously that every step feels spring-loaded with tension … Joining a body of Chernobyl literature that includes work by the Nobel laureate Svetlana Alexievich and the historian Serhii Plokhy, Higginbotham’s extraordinary book is another advance in the long struggle to fill in some of the gaps, bringing much of what was hidden into the light.”