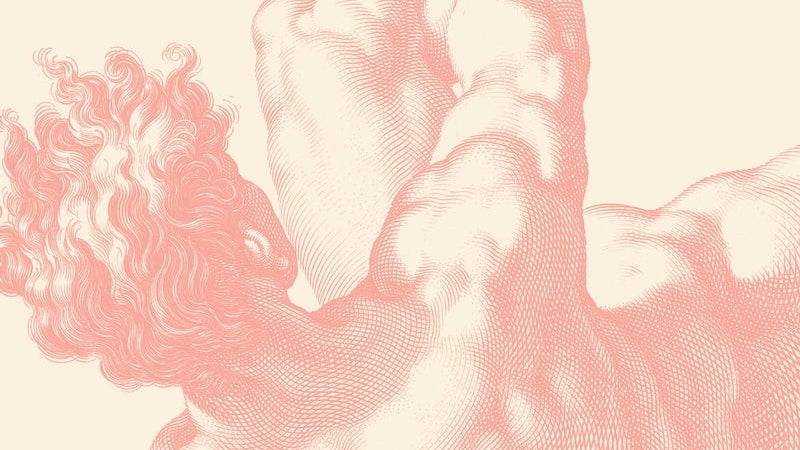 Leslie Jamison on a bear attack memoir, Alex Chee on a portrait of queerness and depression, and more

Our quintet of quality reviews this week includes Alexander Chee on Seán Hewitt’s All Down Darkness Wide, Jonathan Lee on William Boyd’s The Romantic, Leslie Jamison on Nastassja Martin’s In the Eye of the Wild, Jamie Hood on Annie Ernaux’s Getting Lost, and Joe Klein on Maggie Haberman’s Confidence Man.

“In some of the most beautiful prose I’ve read in years, Hewitt remembers cruising with his heart in his throat, keeping one eye on the living men moving in and out of the shadows while being aware that he is surrounded by the dead … the two lovers serve another purpose for Hewitt: They are mirrors for something unsettling he recognizes in himself, something he can no longer ignore. This intensely original memoir’s real subject is what appears to Hewitt, in the aftermath of these relationships, as a thread that connects these men to each other, and to himself—’a sort of curse, a brokenness in them, in us’ … Over the course of the memoir, Hewitt realizes that his upbringing and surroundings have forced him to hide his true self—his class background, his desire for the sort of sexual community he found cruising around the graveyard—and that doing so has taken a toll. But he also realizes how the same might be true for Jack, for Elias, and for all those men he sensed around him in the dark … His desire for inviolability is also the desire to become part of the white-male ruling class—complicated by the knowledge that, if he were to be exposed as gay, all the efforts he’d made to hide his lower-class upbringing would be worth nothing.” 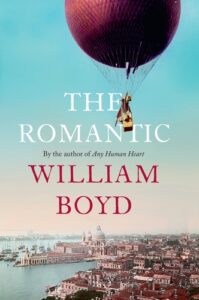 “…what is often lost behind the sheer pleasure brought by his books is their layered Chekhovian subtleties: Boyd is abundantly talented at capturing life’s disconnections, in prose that provides no easy consolations. This may be why the ‘whole life’ novel, exemplified by Any Human Heart, occupies such a special place in his body of work, and why it is satisfying to see him return to this cradle-to-grave territory. For all the hijinks that keep us turning his pages, Boyd is ultimately an artist of diminishment—one who tracks, in The Romantic, the ways in which a seemingly ‘great’ life, lived over an entire century, can still dwindle, inexorably, into almost nothing … It is hard to think of another contemporary author who quietly marches his readers so relentlessly towards death … One of the many pleasures of Boyd’s fiction is that history doesn’t just happen around his characters—it happens to them … It is intoxicating to be in the company of a writer who seems to be having such fun peeling away the skin of history and inserting his characters underneath. Like a fine taxidermist, Boyd’s craft creates such amusingly hyperreal results that you can sometimes forget what a grim business it is.”

–Jonathan Lee on William Boyd’s The Romantic (The Guardian)

“Throughout her memoir, In the Eye of the Wild, Martin never calls this encounter an attack. Instead, she describes it as a meeting, an implosion of boundaries, a melding of forms, and, most notably, ‘the bear’s kiss’…Her word ‘kiss’ is both emotionally subversive—almost erotic—and also insistently physical … In the Eye of the Wild is a book about translation—the desire to translate trauma into meaning, or animal consciousness into legible interior life—and Sophie R. Lewis’s translation from French into English preserves the quicksilver nature of Martin’s voice as it flickers between droll understatement, furious indignation, reverential incantation, and wry humor. (She relishes telling a man pushing her wheelchair through a Moscow hospital, ‘I had a fight with a bear.’) This is also a book about tonal metamorphosis: no single, static affect—mournful, deadpan, awestruck—could suffice … Martin acknowledges that her own impulses toward ‘building connections, analyzing and dissecting, fashioning a survivor’s castles in the air’ are also coping mechanisms for surviving her trauma, and she seems acutely aware of the potential skepticism of her readers, who might wonder what delusions are at work when a person describes her gruesome mauling as a kiss. But she remains committed to understanding her attack as an experience of transformation rather than destruction … Martin is asking us to believe in beasts—not to project our human explanations onto their behaviors or write them off as terminally opaque, but instead to embrace uncomfortable models of communion. What can we learn, Martin asks, when the familiar boundaries between humans and animals collapse?”

“To read Ernaux often feels this way: in her exhaustive reckonings with her own life, one finds a search for lost time that exposes the unstable bounds and incoherencies of meaning in our own narratives of its passing. In a moment, as Ernaux has written, when technology and socio-digital media have rendered the ‘obscurity of previous centuries’ obsolete and made it so that those of us still living are beginning to be ‘resurrected ahead of time,’ her meticulous campaign of recording a ‘total novel’ of life imagines narrative beyond the vicissitudes of temporality, deliberately attendant to the unreliable, stuttering nature of remembrance. Ernaux imparts on her reader a sense that memory, like any other knowledge system, is an infinitely changeable field, one given astonishing density by, but not reducible to, the individual experience … This is the disarming closeness one encounters when brushing up against her work. Though oriented through the needle’s eye of her particular world, her nearly sociological sensibility and investment in generating collective feeling dress her accounts of one woman’s life in uncanny familiarity … The scope of Getting Lost is narrow, utterly transfixed by events of an intimate order. These intimacies become a kind of mythos, hyper-saturated, as if passion were being presented to Ernaux in Technicolor for the very first time … From these humble beginnings, then, Ernaux’s unabashed delight in her own corporeality and the decadent descriptions of her pleasure in Getting Lost appear as insurgent thrills … That we again face an era when the gains of feminist and sexual liberationist movements are being reactionarily regressed, Ernaux’s erotic manifesto—and her radical exhortation of the value of foregrounding women’s personal narratives in a public and political context—has perhaps never been more essential in relation to ongoing demands for bodily integrity and autonomy.”

–Jamie Hood on Annie Ernaux’s Getting Lost (The Baffler)

“Donald Trump is too much with us. We are stalled, rubbernecking the endless carnage of his road rage. There have been far too many books about him, with far too many ‘revelations.’ After a while, the revelations melt into an indistinguishable muck; his boorish narcissism, a bludgeon. And so it’s hard to assess the news value of Confidence Man … No doubt, there are revelations aplenty here. But this is a book more notable for the quality of its observations about Trump’s character than for its newsbreaks. It will be a primary source about the most vexing president in American history for years to come … [Haberman] is an exemplar of her craft, relentless, judicious and even-keeled, giving credit, where due, to her colleagues and fellow biographers, while admitting and adjusting her occasional mistakes … One of the many services Haberman performs in Confidence Man is to set out the process by which Trump came to his outrageous positions … Maggie Haberman has been there for it all. The story she tells is unbearably painful because Trump’s success is a reflection of our national failure to take ourselves seriously.”

–Joe Klein on Maggie Haberman’s Confidence Man: The Making of Donald Trump and the Breaking of America (The New York Times Book Review)