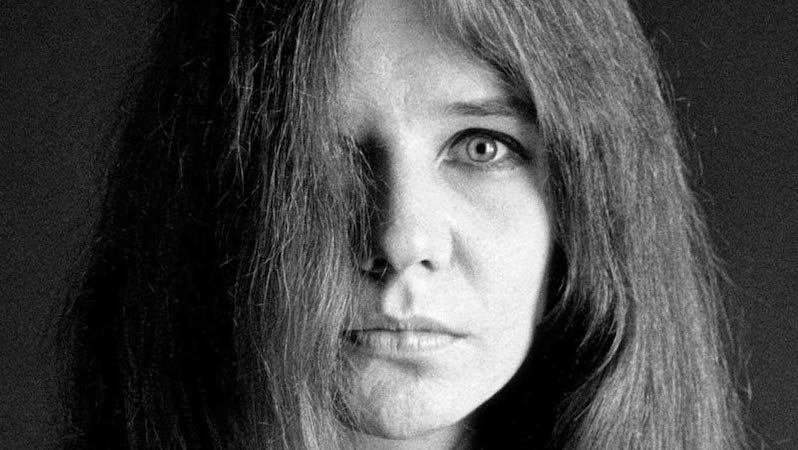 John le Carré's new novel, the definitive biography of Janis Joplin, a complete history of the Lakotas, and more

“Her knack for capturing conflicted subjects is uncanny; in Janis, she digs into Joplin’s layered emotions, fluid sexuality, unshakably low self-esteem, and unquenchable urge to transcend her racist, restricted Port Arthur upbringing. Joplin left Big Brother in early 1969 to strike out on her own, and her solo career accelerated everything in her life, good and bad, toward a terminal velocity … ‘Domestic earth mother’ versus ‘tough biker chick’: By book’s end, George-Warren has boiled down Joplin’s complicated psyche into this simple, vivid dichotomy. But the author is far from reductive as she does so. In encapsulating Joplin’s dual nature so concisely, George-Warren delivers the definitive portrait of one of pop culture’s most misunderstood martyrs. Joplin was both a product and an architect of her times; in dwelling so sympathetically on her tangle of talents, contradictions, and mythology, Janis brings one of rock’s most enduring legends down to earth while holding her justly up to the light.” 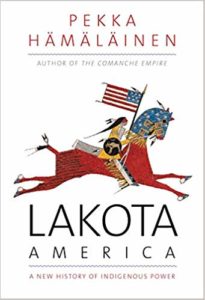 “At first glance, Lakota America is every inch a sober, stately work of scholarship—and one long overdue. It is purportedly the first complete history of the Lakotas, the tribe of Sitting Bull and Crazy Horse, the regime that long dominated the American interior, thwarting Western expansion with charm, shrewd diplomacy and sheer might. Look again, however, and you’ll catch something roiling beneath that professional composure: a lively truculence that gives this book its pulse, and its purpose. Pekka Hamalainen’s impressive history is also a quarrel with the field, with how history—especially the history of indigenous Americans—has been told and sold … Hamalainen renders the Lakotas as full protagonists. This is an American story with their contribution, influence and version of events at the center … All nations deserve to have their stories told with this degree of attentiveness, but the Lakotas might have a special claim … Lakota America takes us from the 16th century to the present, with painstaking, carefully marshaled detail, but its real feat is in threading how the Lakota philosophy and vision of the world guided their reinventions and their dealings with colonial powers.”

“Last month, it was Ian McEwan’s satire, The Cockroach; now it’s John le Carré’s latest thriller: two contemporary masters compelled into print by Brexit’s bonfire of ancient verities. Motivated by despair and disbelief, both these first responders to our crisis of political faith seem to have found consolation in literature. Where McEwan refracted his outrage through the prism of Kafka, here’s le Carré, feverish with ‘the German bug,’ doubling down on his renowned and suspenseful opacity with an urgent first-person narrative that ranges from a Battersea health club to a hunting lodge in Karlovy Vary … Not our author’s words, of course, but certainly fueled by his indignation, as is a memorable anti-Trump diatribe (‘Putin’s shithouse cleaner’) on page 141. This novel, however, is neither a hissy fit nor a high-noon shootout, but an autumnal threnody that reconciles rage to storytelling … Publishing such a thriller at the age of 88, a feat of imaginative stamina that surpasses the tenacity of his idol Graham Greene, le Carré confirms his place at the head of his profession. Not many writers half his age could so successfully put Goethe and Sting into the same sentence. This may not be the finest novel he has ever written—Tinker, Tailor and the other great novels of the 1970s remain in a league of their own—but it’s still touched with his magic. His readers will know from his first line that they are in the presence of a great enchanter.”

“… instead of documenting her life experiences, something at which she excels, Daum spends far more time arguing over simplified conservative and liberal talking points, exposing her blind spots to the current issues that color our experience: race, gender, capitalism, the internet, and power … Daum wrestles with ‘both sides’ of issues in a manner that she would classify as the pursuit of nuance, but too often she just ends up seeming out of touch with people’s everyday lives and excessively attuned to arguments on the internet … Daum oversimplifies constantly … Daum is all over the place, arguing against one strawman after the next from a perspective that ends up feeling blinkered … She’s a bit obsessed with ironic feminism, in fact, citing memes that are nearly a decade old (She mentions ‘confused Betty White’ GIFs so often that I’m convinced we’re not on the same internet) … By writing that current feminism is angry, Daum’s arguments have more than a whiff of maternalistic condescension … What’s frustrating about Meghan Daum is that, ultimately, she is a good writer…But the aimlessness throughout The Problem With Everything is confusing…Exploring ‘both sides’ is an obsession that doesn’t feel particularly useful or urgent. It seems to me that these times call for action rather than intellectual hedging … For the first time, Daum’s writing feels evanescent, and that’s because she’s solely interrogating the online world, and not herself. At the heart of things, these incoherent arguments seem to be someone wanting—despite their best instincts—to connect.”

–Elizabeth Donnelly on Meghan Daum’s The Problem With Everything (Buzzfeed)

“A Sand Book, the audacious new collection by the poet, playwright, translator, and performance artist Ariana Reines, asks what it means to try to make meaning in the shadow of an end time. The book is a psychedelic epic about climate change and forever war; capitalism and surveillance; gun violence and police brutality; fascism and genocide; diaspora, mental illness, gender, and the occult … In A Sand Book, capitalism’s parasitic effect on discourse mirrors its ransacking of the environment; Reines ties cultural and spiritual desiccation to literal desertification … the threat of annihilation is not just speculative but historical. Reines reckons with patriarchy’s assaults and imperialism’s appetites, as well as more localized atrocities, like the genocidal campaign by isis against the Yazidi people, whose mythology provides a recurring motif throughout the book’s twelve sections … In A Sand Book, apocalypse becomes an invitation—an imperative—to remember the past and imagine the future, to insist on a promised land that we, like the Old Testament prophet, may finally never enter.”