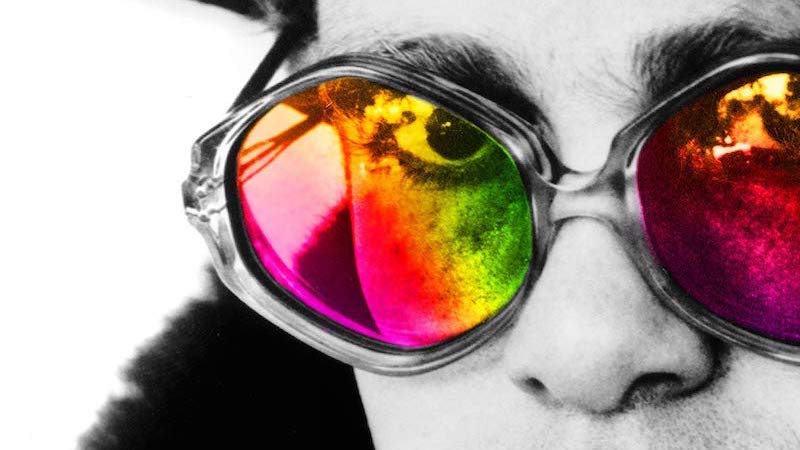 “That he has celebrity anecdotes to burn is not a surprise. But the self-mocking tone is more unexpected from a musician so grand that at his 2014 wedding party he had one table dedicated solely to the Beatles and their families. Yet while his extraordinary talent justified his personal excesses, it is his self-awareness that has counterbalanced the narcissism and made him such a likable figure … So it is entirely and pleasingly right that Elton has called his book, quite simply, Me: not for him any pretentious effort to dress up the navel gazing nature of memoir writing as art or courageous truth-telling. It’s just Elton talking about Elton. It quickly becomes clear in Me that few people are more suited to the celebrity autobiography genre, given that he combines the most essential ingredients of the form … He is Joan Collins mixed with Joan Rivers, and if anyone can think of a more delicious combination they are probably deeper than I am. Best of all, he remembers, if not everything, then certainly a lot … Me is its own original thing because Elton makes fun of no one more than himself. He is utterly, astonishingly, hilariously self-lacerating.”

–Hadley Freeman on Elton John’s Me (The Guardian)

“… heartbreakingly brilliant … A luminous, clear-eyed excavation of how we learn to define ourselves, How We Fight for Our Lives is both a coming-of-age story and a rumination on love and loss … Jones makes it clear that this is not a place for baroque lyricism; instead, the memoir is written with the straightforward, generous prose that hard confession requires. Each scene is given to the reader with a clarity and grace that commands attention … Even in the toughest chapters, Jones leans toward a self-recrimination that is astounding. His vulnerability is not just in the truth-telling about the events or the brutal actions of others, but in showing how, in the end, it was his own actions that defined him, scared him and eventually saved him. If there is a larger indictment present in those sections, it is of the culture that has too often denied a place for a young black gay man to survive, let alone flourish … a radiant memoir that meditates on the many ways we belong to each other and the many ways we are released.”

“Near the end of Adrienne Brodeur’s exquisite and harrowing memoir, she makes this powerful statement: ‘Malabar was the only mother I had, but she was not the mother I wanted to be.’ Wild Game: My Mother, Her Lover, and Me tells the story of the author’s long, complicated and ultimately successful struggle to extract herself from her charismatic mother—a textbook narcissist for whom ‘love was conditional’—to become a different kind of partner, person and parent. The book is so gorgeously written and deeply insightful, and with a line of narrative tension that never slacks, from the first page to the last, that it’s one you’ll likely read in a single, delicious sitting … All the robust and lively characters in this book are New York City-Boston-Cape Cod-dwelling WASPs who, as Brodeur explains, never discussed the word privilege or its meaning, but instead ‘lived off the vapors of family wealth, maintained appearances and drank copiously’ … Brodeur’s message is poignant and profound: A person need not totally untangle from her family—a group of people with shared DNA that none of us chooses—but neither must she stay unconsciously tethered to them or repeat inherited patterns of relationship. Family holds the ties that bind, but even if you do not wholly reject it, you do not, as Brodeur’s book gloriously proves, have to stay hopelessly, miserably bound.”

–Emily Rapp Black on Adrienne Brodeur’s Wild Game: My Mother, Her Lover, and Me (The New York Times Book Review)

“A nearly deaf curmudgeon who birthed the recorded-music industry is just one of the extraordinary contradictions that define Edison, whose reputation has tended to oscillate wildly. Depending on whether you incline to a reverential or a revisionist perspective, Edison was a genius or a thief, a hero of American capitalism or a monster of greed, history’s greatest technologist or a hall-of-famer in the competitive category of overrated American white guys. In a new effort to sum up the protean figure—a seven-year undertaking by the biographer Edmund Morris, who died in May—Edison emerges as a giant containing multitudes … Now I have to tell you something about Morris’s biography: It goes backwards. Thomas Edison dies in the prologue, and toward the end, a young boy called Alva reads a book about electricity and is inspired … If Morris perhaps felt his innovation would shed fresh light on a life marked by improvisatory creation rather than by structured, strictly cumulative accomplishments, he was mistaken. Nothing is gained by this approach, and much comprehension is lost … Within the chapters, however, Edison is vibrantly alive, and though Morris doesn’t step back to emphasize this, Edison’s conjuring powers make him a mascot and a microcosm of his turn-of-the-century era … Edison’s life should be a durable lesson in the power of creative teamwork. Instead his surname has become an eponym for individual genius, whether heroic or hyped. Edison reveres its subject, but Morris’s portrait also shows that while ‘the industrious one’ can be a remarkable catalyst, inventiveness truly thrives thanks to the industrious many.” 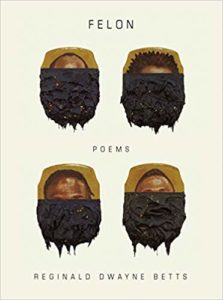 “In Felon, his searing third collection of poems, Reginald Dwayne Betts leads his readers through the underworlds of incarceration and its aftermath … Felon opens with a masterful ghazal—a form he learned from another Shahid, the Kashmiri-American poet Agha Shahid Ali. The poem, with its refrain ‘after prison,’ signals that the subject of this book is not the classification of the crime committed, but rather its indelible scar, a mark carried beyond served time into the future lives of former convicts, preventing them from acquiring gainful employment, from voting, seeking admission to college or receiving such basic federal benefits as food stamps … The lyric narrative poems speak of alcohol dependency, broken relationships, imaginary death, the acknowledgment of wrongdoing, the vulnerability of young black men. There is regret throughout, but not defeat. The mind-dissolving punishment of isolation is here too, in all its barbarity. One cannot leave this book without further awareness of our deeply unequal justice system, the abuses of money bail, and the legal sleight of hand that allows children to be sentenced as adults, despite their lack of capacity for equal culpability … This is a powerful work of lyric art. It is also a tour de force indictment of the carceral industrial state.”