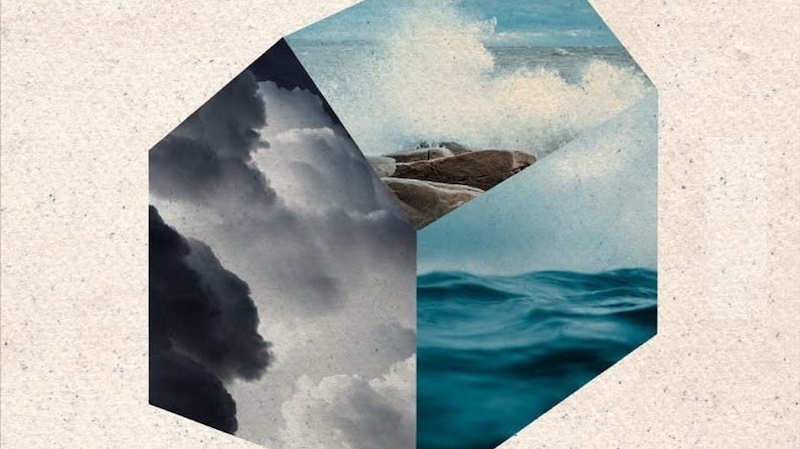 “All are rendered humble, human, particular and luminous in Harding’s long, poetic sentences … started to tense, weary of wading deeper into this story that I knew must end in violence and displacement for its poor, Black cast … Yet the passages that put me on guard are the same ones that disarmed me. Harding’s prose is mesmerizing … Whatever apprehensions I had were outweighed by Harding’s powerful music … Despite Harding’s lush prose, there is a curiosity to these characters, to this world: Until their foreshadowed displacement, it seems the residents of Apple Island move about with little to no awareness of the racial politics of their day … This novel could be more focused on the turbulence of their eugenics-fueled expulsion, but instead we’re offered moments of family, connection and resilience, which only make the instances of violence and extrication more unsettling and explosive. With the fall of this Eden looming in the wings of the novel, what a careful and caring choice to spend so much time in the grandeur of the lives of the banished … Not without complication, not without terror, This Other Eden is ultimately a testament of love: love of kin, love of nature, love of art, love of self, love of home. Harding has written a novel out of poetry and sunlight, violent history and tender remembering. The humans he has created are, thankfully, not flattened into props and gimmicks, which sometimes happens when writers work across time and difference; instead they pulse with aliveness, dreamlike but tangible, so real it could make you weep.” 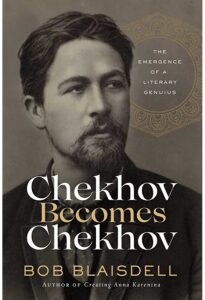 “What distinguished both the young and middle-aged Chekhov was his continuing capacity for intensive, daily, unremitting work—whether he was studying for medical exams, writing stories and humor pieces, or pouring out correspondence filled with well-considered advice to those he loved … As Chekhov’s most engaging biographer, Ernest Simmons, once put it: Chekhov ‘loved life more than the meaning of life.’ He took his pleasures small, intimate, and frequent. He was quietly magnanimous and privately monumental—the exact opposite of Tolstoy, who strode widely on the world stage but at home remained a distant, irreproachable personality, especially to his wife and children. Bob Blaisdell’s new biography, Chekhov Becomes Chekhov, is absorbing, pleasurable, and as unaffected as its subject; and while describing Chekhov’s life through close readings of his multitudinous stories and correspondence over two years—1886 to 1887—he doesn’t simply (as the title promises) explain how Chekhov came to be Chekhov but rather how impossible it was for him to become anybody else … this almost stolid intrepid reading of Chekhov’s daily productions is what makes this book so pleasurable. It’s the sort of book that dedicated readers rarely find, one that doesn’t presume to teach us about Chekhov so much as simply enjoy him. It is like reading along with a fellow lover of Chekhov, attentive to the nuances of the life behind the work and yet never absorbed by anything but Chekhov’s inexhaustible affection for the odd, brave, ridiculous, grotesque, noble, brutal, and always marvelously understandable people he knows so well.”

“As a meditation on American gun violence, Bloodbath Nation seems an odd book for Auster to have produced; he is known as a novelist, after all … Auster, however, is not interested in the standard us-and-them narrative of guns in the United States: the Second Amendment absolutists or those who oppose them, the tired arguments about right and wrong, left and right. Rather, he means to take a more historical (which is to say: narrative) perspective … Ostrander contributes forty-one images, each in its way as riveting as Auster’s text … The power of Auster’s book is that it never blinks in articulating this dilemma, that it doesn’t let anybody off the hook. Gun violence in the United States is a collective problem, after all—which also means, as Bloodbath Nation argues so compellingly, that it is a collective responsibility.”

“The World and All That It Holds would be an audacious title for a book by anybody except God — or Aleksandar Hemon. But this Bosnian American author will make you a believer … Charismatic … Sounds awfully grim, I know, and there’s plenty of horror in these fiery pages, but the irrepressible voice of The World and All That It Holds glides along a cushion of poignancy buoyed by wry humor. From start to finish, no matter what else he’s up to, Hemon is telling a tale about the resilience of true love … The plot’s inexhaustible invention is just one of this novel’s wonders. The other is Hemon’s mysterious narrator. He speaks from the future but resides incarnate in these characters … The real miracle of The World and All That It Holds is that despite holding so much, we come to know the fragile joys of this one melancholy man so well that he feels written into our own past.”

“The twin currents of lesbian desire and creative self-invention drive Schwartz’s narrative, an informal history of the emergence of modernism, told through interconnected anecdotes about real-life women artists, writers, intellectuals, actors, translators, dancers and feminist troublemakers in Europe at the turn of the 20th century … The novel’s greatest innovation may be the way its disparate subjects fashion a collective we of lesbian world-making and feminist activation. This we transcends time and place; it can maneuver both inside and outside history, in opposition to the forward march of misogyny and patriarchy, war and marginalization. ‘Some acts can only be written as fragments,’ Schwartz writes. Her story, in kind, forms and re-forms itself through fragments… which float between and beyond boundaries … Is it a novel if it doesn’t have fictional characters so much as meticulously researched historical portraits of artistic luminaries? … Schwartz builds a novel around women’s struggles for self-determination, excising the men who were in their way. The novel is erudite and chatty, grounded in scholarship yet freed from any masculinist impulse for certainty or linear cohesion. She draws from history in order to reimagine it.”