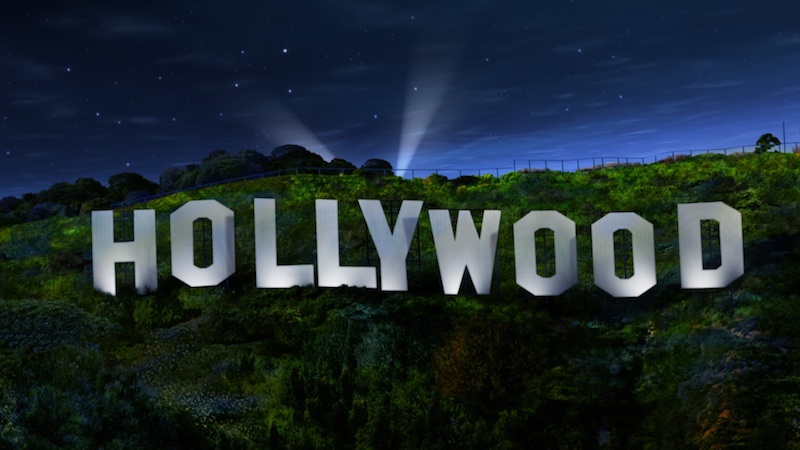 From F. Scott Fitzgerald to Joan Didion, five books that capture the dark and chaotic side of Tinseltown

The Oscars are done and dusted for another year. Cringe-inducing jokes and breathless speeches were made. Some worthy pictures were celebrated, others were snubbed. Tinseltown’s glitziest night provided entertainment and crushing boredom in equal measure. I write all this before the 90th Academy Awards has even begun because, well, not much changes from year to year. Oh, sure, each installment brings its own mini crises and scandals (envelope shenanigans, crass musical numbers, odd in memoriam musical accompaniments), but the ceremony always wraps itself up in more or less the allotted time frame and the stars drift off to their Ambrosia and ortolan afterparties while we sit at home stuffing fistfuls of stale cereal into our mouths, cursing ourselves for forgetting to do laundry for the week ahead.

But never mind. Movie people aren’t really happy. Their whole lives they probably think they’re happy, but they’re not. If you don’t believe me, well, let me refer you to five of the most famous cautionary tales in the literary sub-genre we’ll call Hollywood Fiction. 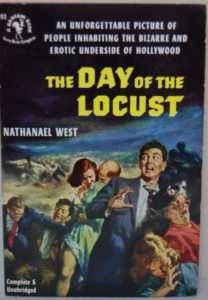 These various unassimilated elements form the lunatic fringe of Hollywood, and it is this mad mass that Nathanael West has chosen as the theme of his third novel, The Day of the Locust, a very appropriate title.

Somewhat lacking in plot, the book, nevertheless, colorfully creates bizarre characters and somewhat shocking occurrences. The riot which climaxes the story is especially recommended as a superb example of the author’s pronounced ability in this phase of worldcraft.” 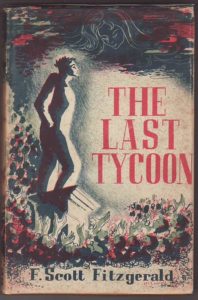 “The Great Gatsby, F. Scott Fitzgerald’s best novel and the best of his short stories are rightly as well as dramatically included with the unfinished novel, The Last Tycoon, in this really important volume, for, good as The Great Gatsby was, it makes plain that The Last Tycoon would have been a greater novel, that it would have been, indeed, one of the major novels of the day.

There is a maturity and a roundness and a depth about The Last Tycoon (even unfinished) which makes one grieve anew over the untimely death of Scott Fitzgerald last December. He had written the first episode of chapter 6 the day before he died, and he had made a careful outline of the whole book.

“Even ‘out of focus’ this truncated novel is obviously not only the best thing Scott Fitzgerald ever did but it is the first major novel of Hollywood and the great director, Monroe Star, is the most completely realized of Hollywood characters.” 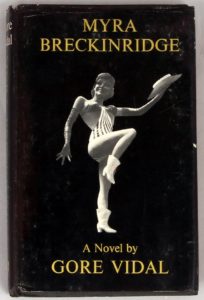 “Vidal said, ‘Let them be there!’ And they were there. Tens of thousands of copies of Myra Breckinridge on bookstore tables across America. No free reviewer’s copies. No advance publicity. Just Gore Vidal’s underground novel selling and selling and selling. To my mother. To the movies. To me. Selling with such astonishing rapidity as to make the book’s publication itself a parody of things underground. A parody so successful that one begins to wonder if the underground still exists, and where.

“For twenty-two years Vidal has skimmed lightly over the waves of modishness, bending fashion to his own use rather than being its creature. He has been a popular writer, yet, if he has not been considered exactly ‘literary,’ neither has he been dismissed. It is something in itself to have remained fashionable for two decades. It suggests remarkable staying power. Now, walking on the waters of polymorphous perversity and sexual revolution, Vidal has written the first popular book of perverse pornography—a book for which one does not need even the slightest special taste. With Myra Breckinridge, his preoccupations seem to have entered the mainstream. Or the mainstream has enveloped them.

A rather slippery book, it begins as a quasi-inside joke about a formidable woman intellectual intoxicated by movie culture.

“Having come to Hollywood to claim an inherited share in her uncle’s ghastly Academy of Dramatics and Modeling, Myra is also a pilgrim to the shrines of, as she notes in her journal: ‘blessed celluloid upon which have been imprinted in our century all the dreams and shadows that have haunted the human race since man’s harsh and turbulent origins (quote Lévi-Strauss).’ Then, turning from the particular, Vidal slides into an elegantly nasty commentary on The Young, California, Popular Culture, Psychoanalytic Thought, Overpopulation, and Power. After which he gets down to the real business at hand, his vision of sexuality in America.

“While Myra Breckinridge is almost entirely a parody of present cultural attitudes and concerns, Vidal, at times, grows bored with his original conception of Myra as super-ridiculous and recreates her as a sort of wistful spokesman for his own best hopes. It is then that Vidal seems so charmingly innocent as he proselytizes for a future of pan-sexuality: Once man ceases to be confined to a single sexual role, his isolation will end.

Well, maybe. Or perhaps we are too much together, and the appeal of Myra Breckinridge is that it unwittingly invokes what might be the ultimate shared fantasy of the age—a future of androgynous independence: Sufficient unto the day is he who is sufficient unto himself.” 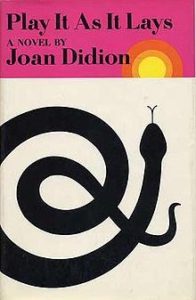 “There hasn’t been another American writer of Joan Didion’s quality since Nathanael West. She writes with a razor, carving her characters out of her perceptions with strokes so swift and economical that each scene ends almost before the reader is aware of it; and yet the characters go on bleeding afterward. A pool of blood forms in the mind. Meditating on it, you are both frightened and astonished. When was the wound in flicted? How long have we to live? Miss Didion’s new novel combines this surgical prose with a crushing fatalism (the title refers to a crap game) that obliges her people end essly to circle themselves, reducing their radiuses of possibilities seeking an exit from the ‘I’—and sets it all in the cities of the desert (Los Angeles, Las Vegas). While the result is not exactly pleasant, it seems to me just about perfect according to its own austere terms.

“What makes the world of this novel, a world in which the only reply to the question ‘Why?’ is ‘Why not?’, so heartbreaking and inescapable is Miss Didion’s selection of details. There is nothing superfluous, not a word, not an incident. Personalities are more than sufficiently evoked in a single phrase—’Felicia always spoke on the telephone as if a spurious urgency could mask her radical lack of interest in talking to anyone’—and whole chapters are condensed into a single page. Such an economy testifies to a vision as bleak and as precise as Eliot’s in ‘The Wasteland.’ And if Randall Jarrell was right in saying that Eliot would have written ‘The Wasteland’ about the Garden of Eden, it is likely that Miss Didion would have written Play It as It Lays about Versailles.

“Miss Didion is not the sort of writer who goes in for tricks on the reader, I doubt whether ‘Wyeth’ is an intentional play on names. Yet one can’t help thinking of Andrew Wyeth’s painting ‘Christina’s World.’ Maria looks up at the house on the hill. Only the house is burning. Perhaps she will get up, and run to save her daughter. But it is her mind burning, as well; and it’s only a picture; and ultimately the world belongs to the rattle snakes. Nothing applies. A terrifying book.” 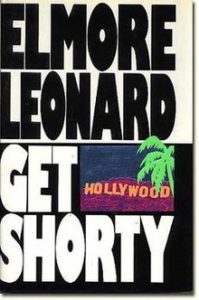 Anyway, this one’s about Hollywood, about the movie business, it’s about how everyone out there wants to write a movie, and if you’re an Elmore Leonard fan what you probably want to know is, is it as good as LaBrava. No, it’s not, but what is? So then you want to know, is it better than the last one, which I forget the name of. And the answer is yes, it’s better. But I should make clear where I’m coming from: even the not-great Elmore Leonards are redeemed by great, punchy, pitch-perfect Elmore Leonard dialogue and great Elmore Leonard sentences, long looping twisting strings of words that turn around and back up and go the other way, managing somehow (but how?) to avoid all the accouterments of punctuation like colons, semicolons and parentheses.

“Elmore Leonard is justly praised for integrating physical setting with plot (I often recommend ”Stick” to friends planning to visit Miami), but in Get Shorty what he’s working with is not the physical setting of Hollywood but the psychological one. In fact, Mr. Leonard doesn’t know Los Angeles physically in the way he knows Miami and Detroit, but he understands it perfectly. He understands that in Hollywood nothing is wasted: every love affair, every divorce, every criminal act has a shot at being, at the very least, a pitch and, at the very most, a major motion picture. Chili moves through Hollywood, tracking down Leo and then outwitting Ray Bones, but his real-life adventure is just prelude to the point, which is getting a movie made from it. And the most pleasurable parts of Get Shorty are the sections where Chili, having lived through it, pitches his story to the Hollywood people he meets, only to be told that it’s not good enough.”