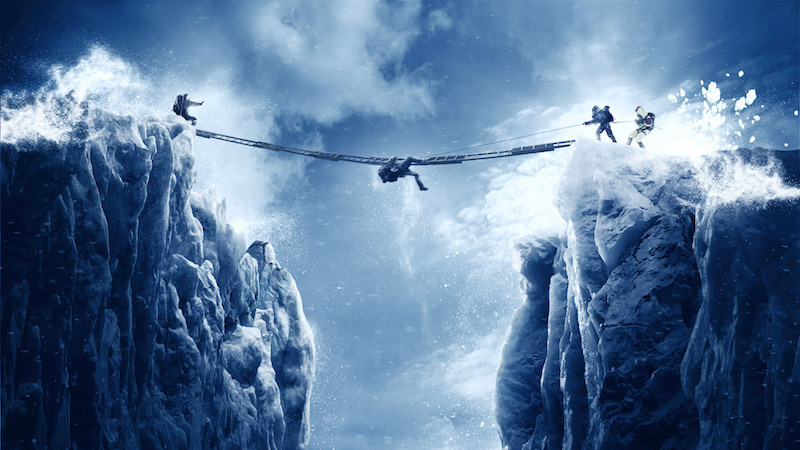 From Into Thin Air to Touching the Void

Before I began researching my new book, The Moth and the Mountain, I loved mountain literature. There is something beguiling about a life-and-death drama that plays out on a frozen peak. In Hollywood terms, there is so much at stake. But this body of literature is also intellectually charged. Reinhold Messner, the most accomplished high-altitude alpinist in history, once told me that “mountains don’t need us.” Of course, he was right. But people need mountains—Messner, perhaps, most of all. For complicated reasons—cultural, political, metaphysical—climbers have sought meaning in the thin air since the mid-19th Century, when alpinism became a sport. These books examine the dangerous lure of the world’s highest places. 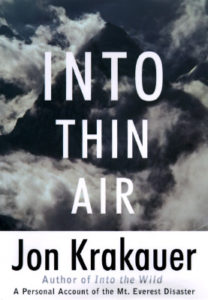 Into Thin Air by Jon Krakauer

Jon Krakauer’s first-person account of a disaster on Mount Everest is a deserved classic. In 1996, Krakauer was a climber in one of three different groups who were caught in a storm on the mountain. His account of the oxygen-depleted nightmare that unfolds is not only utterly gripping, but also a cautionary tale about the dangerous commercialisation of Everest. 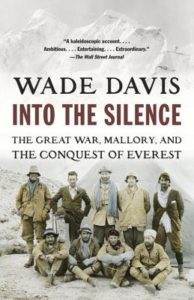 Into The Silence by Wade Davis

This magisterial account of the three British expeditions to Mount Everest in the 1920s is also a profound meditation on the aftermath of war. Davis writes a group biography of the climbers on those early British expeditions to the mountain, and connects their wish to reach the “sentinel in the sky” with the horrors most of the men had experienced in the trenches of Flanders and Picardy. 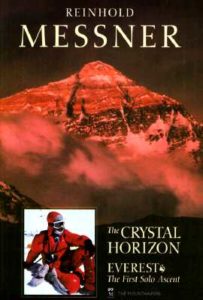 The Crystal Horizon by Reinhold Messner

Messner was the first person to climb all fourteen mountains in the world measuring more than 8,000m—an astonishing achivevement. He is also a fascinating writer. This account of his pioneering solo of Everest in 1980, without oxygen, is vivid and unforgettable. The challenge, which brought him close to madness and death, provokes profound reflections. “I am a fool,” writes Messner, “who with his longing for love and tenderness runs up cold mountains.” 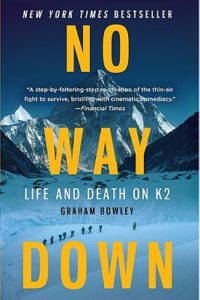 No Way Down by Graham Bowley

Graham Bowley’s book about a disaster on K2 in 2008 is a tick-tock thriller, and every bit as terrifying as Into Thin Air. Bowley is not a mountaineer, but he is a first-class journalist, and he paints a vivid hour-by-hour picture of the terrors faced by a group of climbers stranded high on the mountain. It is also a reminder of the alpinist’s maxim: the greatest dangers are on the descent. 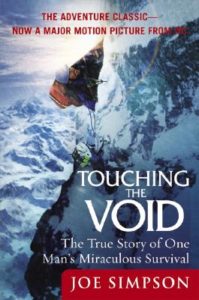 Touching the Void by Joe Simpson

Joe Simpson’s account of his near-death experience and miraculous survival on Siula Grande in the Andes has perhaps been overshadowed by the gripping documentary of the same name. There are some rough edges to the book, but it evinces a greater degree of moral uncertainty than the film—and is perhaps more interesting for it. Simpson’s extraordinary deliverance has an entrancing, fable-like quality.

Ed Caesar is an author and a contributing writer to The New Yorker. Before joining The New Yorker, Caesar wrote stories for The New York Times Magazine, The Atlantic, Outside, The Smithsonian Magazine, Esquire, The Sunday Times (London), British GQ, and The Independent. He has reported from a wide range of countries, including the Democratic Republic of Congo, Kosovo, Russia, and Iran. He has won a number of awards for his journalism, including the 2014 Journalist of the Year from the Foreign Press Association of London. His first book, Two Hours: The Quest to Run the Impossible Marathon, was awarded a Cross Sports Book of the Year award.
Share:
© LitHub | Privacy
Loading Comments...
%d bloggers like this: