Announcing the Kingsley Tufts Poetry Award (Among Other Things)

The $100,000 2018 Kingsley Tufts Poetry Award, conferred at Claremont Graduate University to celebrate a mid-career poet, goes to Patricia Smith for her “powerful exploration of violence and loss in African American communities,” Incendiary Art.  Donika Kelly has been chosen for the $10,000 2018 Kate Tufts Discovery Award for “the menagerie of startling creatures” in her Bestiary.  The American Library Association’s Carnegie Medals go to Jennifer Egan for Manhattan Beach (fiction), an “insightful and propulsive saga [that] portrays complex and intriguing individuals navigating the rising tides of war,” and Sherman Alexie for You Don’t Have To Say You Love Me (nonfiction), “a courageous, enlightening, anguished, and funny memoir told in prose and poetry that pays tribute to his Spokane Indian mother and reveals many complex traumas and tragedies of reservation life.” The  2017 Agnes Lynch Starrett Poetry Prize goes to Tiana Clark, whose collection I Can’t Talk about the Trees Without the Blood is scheduled for publication by the University of Pittsburgh Press in Fall 2018. The shortlist for the Etisalat Prize for best first book by an African writer includes two Nigerians—Ayobami Adebayo’s Stay With Me and Lesley Nneka Arimah’s When a Man Falls From the Sky—and South African writer Marcus Low’s Asylum. 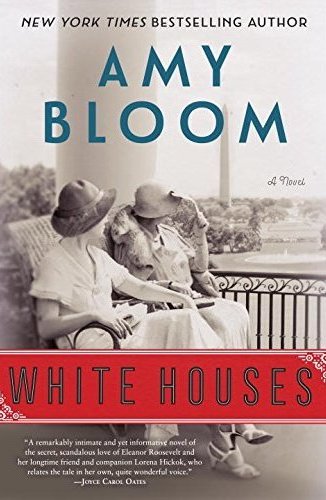 Bloom’s latest novel is inspired by a little-known chapter in White House history, the romance between Eleanor Roosevelt and Lorena Hickok. The novel was just optioned for TV by Michael Lombardo and Jane Anderson, the team who made the Emmy award-winning HBO miniseries from Elizabeth Strout’s Olive Kittredge, with Bloom set to write the script.

“Rather than channel Eleanor’s well-known voice, Bloom makes the fortuitous decision to have Lorena Hickok tell her story,” points out Heller McAlpin (San Francisco Chronicle). “She’s a terrific narrator, brash, funny and opinionated as all get-out, another in Bloom’s long line of graduates from the school of hard knocks. A self-declared hayseed from South Dakota, Hick fled her abusive father and grim prospects to become a rare female investigative reporter for the Associated Press. Not much gets by her.”

“Bloom’s book is not biography but fiction, specifically a love story, and love stories are always about what difficulties the lovers must overcome to be together,” notes Colette Bancroft (Tampa Bay Times).  “In this case the roadblocks are enormous: Eleanor is not just married, but married to the president of the United States, who happens to be one of the most charismatic men in history; the two women’s lesbian romance is totally socially unacceptable at the time; Hick’s flourishing career as a reporter is derailed by her conflict of interest; Eleanor’s social activism and fame increasingly keep the pair apart.”

“In Bloom’s frank rendering, Lorena lands somewhere between Fran Lebowitz and Oscar Wilde, a spiky wit and bon vivant with a tender, bruisable heart,” concludes Leah Greenblatt (Entertainment Weekly). “She’s also a crackling storyteller, and Houses often serves as a fascinating incidental portrait of the last American century. But more than anything it’s an indelible love story, one propelled not by unlined youth and beauty but by the kind of soul-mate connection even distance, age, and impossible circumstances couldn’t dim.” 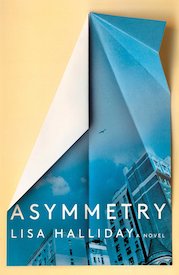 Halliday’s first novel is autobiographical, in that it draws in part on her romantic relationship with Philip Roth when she was in her twenties (and he in his sixties), she tells the New York Times’ Alexandra Alter. But, she tells NPR’s Lynn Neary, “I like to think of the book as more of an impressionist novel.”

Her themes are a series of dichotomies: “Old versus young, east versus west, power versus those who don’t have quite so much power, justice and the unjust.”

“Halliday adopts a conceptual strategy declared in the book’s title, Asymmetry,” writes Christian Lorentzen (Vulture). “It’s a title with multiple valences, but it signals that Halliday won’t be imposing coherence on her protagonists and their two very different stories. The first section, ‘Folly,’ is the story of a young woman in New York with a job in publishing, Mary-Alice Dodge, called Alice, to heighten her innocence and wonder as she takes the elevator through the looking glass to the Upper West Side apartment where she conducts an affair with a much older and much celebrated novelist (think of one whose name rhymes with “still hip cloth”) named Ezra Blazer. ‘Madness,’ the second part, is narrated by Amar, an American son of Iraqi Kurdish immigrants who tells his family history while detained by immigration agents at Heathrow.”

Annalisa Quinn (NPR) writes, “Though Amar’s section could stand on its own (Alice’s might not), the juxtaposition of these two stories is wonderfully suggestive: To what extent can we inhabit each other? What can we know about each other? How do we think about the suffering of others, and where do we put the blame? Can Alice inhabit Kurdistan, and Amar inhabit Alice? Asymmetry is a novel not only about the creation of that novel, but about the borders of empathy.”

The leap from the novel’s first section to its second is so great, and yet so intuitively logical, that it forces the reader to rethink the Alice section entirely: It is now clear that she is not a version of Lisa Halliday, but just one of the many voices Halliday can invent, if she chooses. In its subtle and sophisticated fable of literary ambition, and the forms it can take for a young woman writer, Asymmetry is a “masterpiece” in the original sense of the word—a piece of work that an apprentice produces to show that she has mastered her trade. 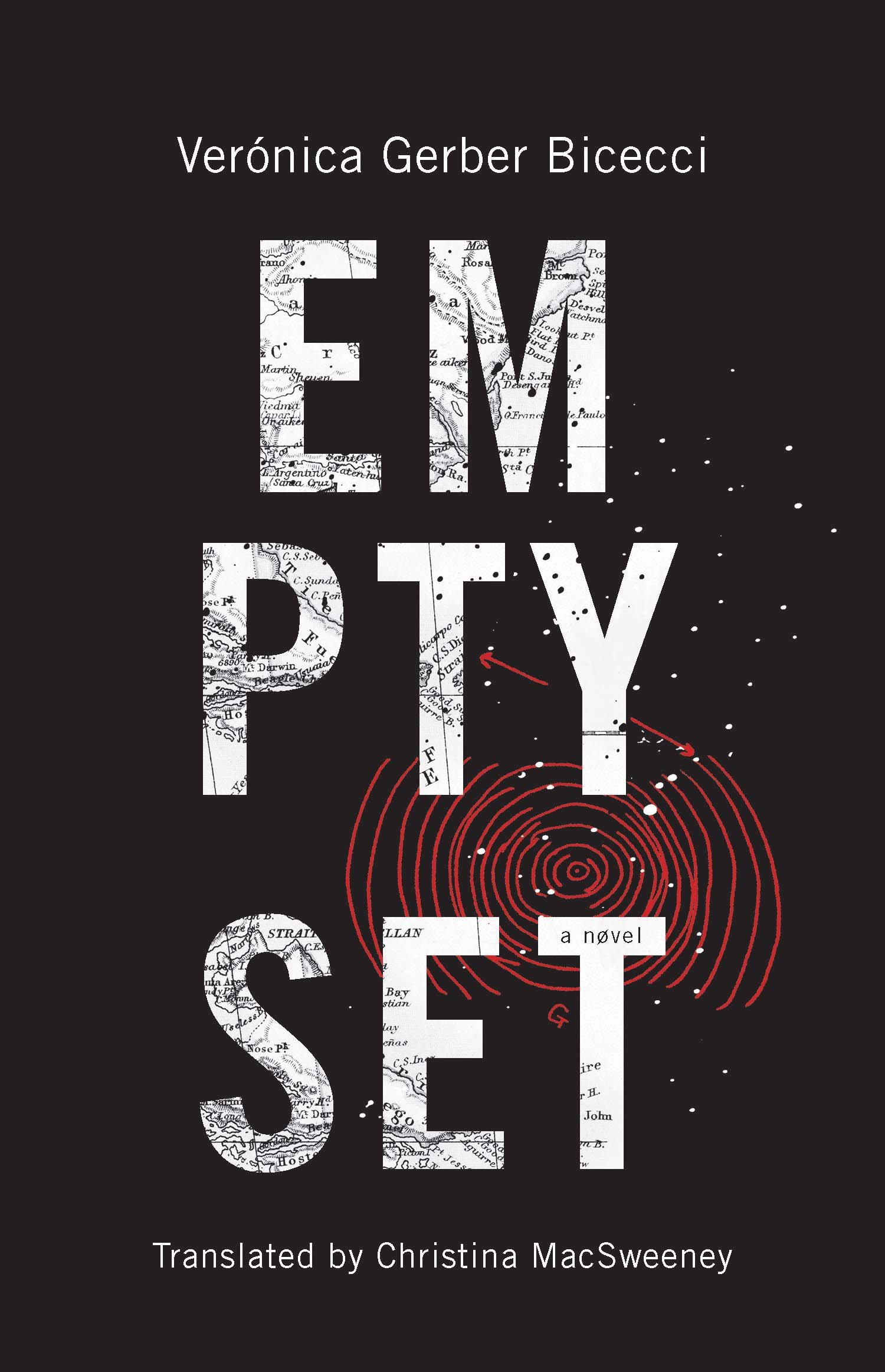 Gerber Bicecci’s first novel was inspired by Argentina’s “disappeared” in the 1970s; she  uses Venn diagrams as a structural foundation, and draws upon her training as a visual artist. “With Empty Set, I wanted to use drawings and text, trying not to convert drawings in illustrations but as part of the story,” she tells The Rumpus’s Lisa Siegel.

“A smart story of love and loss with a clever mix of narrative techniques, Empty Set may be an antidote to the current climate of despair,” writes Lisa Fetchko  (Los Angeles Review of Books).

Andrew Schenker, Bookforum writes, “The question of disappearance hangs heavily over Verónica’s story. In 1976, years before Verónica was born, her parents fled to Mexico from Argentina, which was then ruled by a regime that regularly disappeared its citizens. Although Empty Set is at times a playful, often funny work, the book becomes increasingly concerned with Veronica’s efforts to uncover her ancestral legacy, which seemingly disappeared along with her mother.” 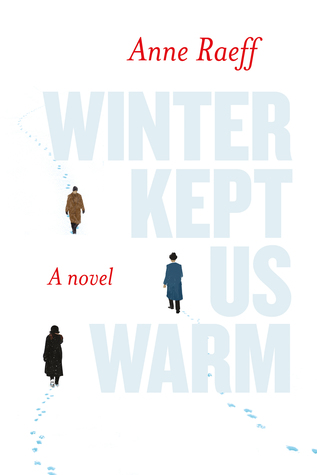 Isaac, Leo and Ulli meet in a bar in postwar Berlin; Raeff’s second novel follows them across six decades, from Manhattan to Los Angeles to Morocco.

“In many ways, this is a novel about absence,” writes Ilana Masad (Los Angeles Times),  “the absence of those most harmed by the war; the emotional absence felt inside relationships, romantic or otherwise; and the absence of Simone and Juliet from the narrative, which in turn points to the absence of their parents from their lives. It is about the choices people slide into almost by accident that end up shaping their lives, and how this becomes clear only with the wisdom of hindsight. This kind of drama is quiet and subtle, but Raeff knows how to wield her words in this space, and makes small pronouncements devastating.”

Paul Wilner (Zyzzyva) calls Winter Kept Us Warm “an ambitious, multi-generational tale that deals with the interlocking lives of three characters—Ulli, Leo, and Isaac—who meet in Berlin shortly after World War II has ended,” and he notes about Raeff, “This is a writer who deals with serious, sometimes unfashionable subjects, with depth and compassion, qualities the new novel displays in abundance.”

“Winter Kept Us Warm is deeply concerned with what makes a family, with inevitable, unanswerable loss, with the intricacies of language and time; love and war, friendship, the life of art and the imagination, and always (borrowing from Yeats) the quest of the ‘pilgrim soul,’” writes Joan Frank (San Francisco Chronicle). 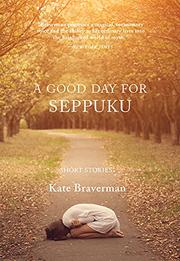 “This extraordinary collection from Braverman (Lithium for Medea) features unforgettable stories of women on the edge, children overlooked, and men at the ends of their ropes,” notes the starred Publishers Weekly review. “Her details are so vivid that they feel like memories: water is ‘last ditch leukemia IV-drip blue’; a lonely young boy is ‘sympathetic to the moon, barren, pock-marked and futile.’”

The Rumpus chooses A Good Day for Seppuku for its book club:

“A thirteen-year-old girl must choose between her Grammy Award–winning mother in Beverly Hills or her pot-growing father in the Allegheny Mountains. Mrs. Barbara Stein, a high school teacher, looks like she’d sacrifice her life for Emily Dickinson’s honor… These are some of the tales told in Braverman’s audacious new collection.”