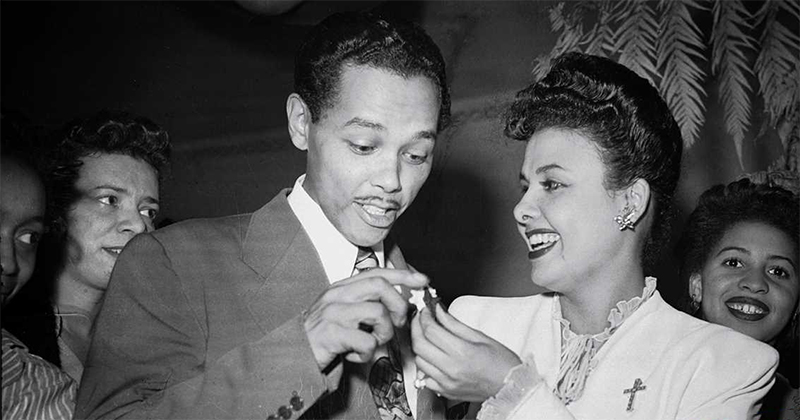 Carmen Maria Machado’s Her Body and Other Parties joins Gabriel Tallent’s My Absolute Darling, and Emily Ruskovich’s Idaho on the Dylan Thomas Prize longlist of 12 writers 39 and under. Helen Dunmore, who died in June 2017, wins the Costa Prize Book of the Year for her poetry collection Inside the Wave, which the judges call “An astonishing set of poems—a final, great achievement.”

Tayari Jones’ An American Marriage launches with accolades, Mark Whitaker’s Smoketown is “a revelation on every page,” Zadie Smith’s literary criticism is “breathtakingly good,” Terese Marie Mailhot’s first book may be “a new model for the memoir,” and Francisco Cantú’s tale of his time on Border Patrol ends up being “haunting but elegant.” 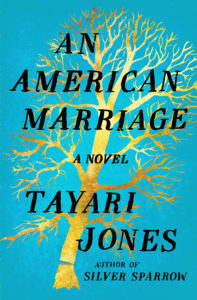 Jones, who was recently inducted into the Georgia Writers Hall of Fame, crafts a fourth novel that shows up on a score of “most anticipated of 2018” lists, including mine for BBC Culture, in which I wrote, “How can love be sustained when justice fails? That’s the question at the heart of Jones’s nuanced and evocative new novel. An American Marriage is a compelling exploration of the thorny conflicts that drive us apart and bind us, the distorting weight of racism, and how commitment looks across time—and generations.”

“As soon as Roy Othaniel Hamilton starts explaining the difference between being a ‘country boy’ and a ‘farm boy’ in the opening pages of An American Marriage, something special happens,” writes Zakiya Harris (The Rumpus). “You’re being welcomed in, unofficially, and suddenly it feels like you’re sitting in Georgia on Roy’s porch, listening to him tell it like it is—or how it was, really, before an unexpected occurrence changed everything.”

“Jones makes a series of daring creative choices,” writes Ron Charles (Washington Post). “An American Marriage isn’t a story in which our racist system of justice is the dramatic focus of the plot; that system is simply the toxic landscape these characters inhabit. When Roy says, ‘What happened to me could happen to anybody,’ his best friend shoots back, ‘You think I don’t know that? I been black all my life.’ Similarly, the violent attack in the hotel, Roy’s botched trial, the efforts to win his release, and especially his ordeal while incarcerated all could have provided material for an exciting if familiar literary thriller. But Jones has chosen to minimize those elements for something intimate and introspective: a story about the unpredictable ways love ferments in the airless conditions of forced separation.”

Anjali Enjeti (Atlanta Journal-Constitution) concludes, “Jones’ edifying and penetrating prose is never sentimental or overblown. She remains laser-focused on the gradual loss of trust in their relationship, the trauma that outlives a sentence served, and the nuances of guilt when one-half of a couple loses his freedom, while the other half lives it out loud. And through her indelible characters, Jones masterfully probes denial and the ways it slowly seeps into the cracks and crevices of a shaky marriage until at last, it fully embodies it.”

The novel “asks the Big Questions that loom in the middle of the night when our squabbles have grown into hardened grievances and life has given us a backhanded slap,” writes Tina McElroy Ansa (Los Angeles Review of Books), “suddenly sending everything spinning out of our control and shaping it into something we never envisioned or imagined: What is marriage? What comprises a long-term relationship? How do two people weather the storms—or even trickier, how do three? What is fidelity? Responsibility? Commitment? How inescapable are the factors of race and the State, of history?” 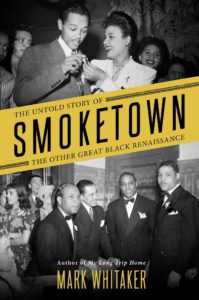 Whitaker writes of the relatively unknown history of jazz, baseball, theater and newspapers in the thriving black community during the three decades when Pittsburgh rivaled Harlem’s renaissance. In the middle of the 20th century, Whitaker tells Marktplace’s Kai Ryssdal, “every major story in black history passed through Pittsburgh. You had swing and the birth of bebop, Joe Louis, you had the Jackie Robinson story in the Negro leagues, but you also had huge political influence. It was really in Pittsburgh, thanks to the Courier, that that led the migration of the black vote from the Republican Party to the Democratic Party in 1932.”

“If history books are supposed to inspire, this is Exhibit A,” writes Paul Nathan (Pittsburgh Post-Gazette). “Mark Whitaker’s chronicle of the rise and fall of black Pittsburgh is a revelation on every page.”

Gene Seymour (USA Today) writes, “There’s something close to enchantment to be found in the stories Whitaker unpacks piece by piece, name by glittering name. Black excellence, black talent and black achievement were of such incandescence in Pittsburgh for most of the late century’s first half that one imagines them piercing through the thickest mesh of soot and smog draping the city during its coal-and-steel heyday.”

The 35 essays in Smith’s new collection—written during the eight years of the Obama presidency—are now “products of a bygone world,” she writes. She draws particular praise for her literary criticism.

Sloane Crosley (Vanity Fair) writes, “Divided into five sections that range from the political to the personal, Feel Free was written largely during the Obama years, meaning these essays are delightfully uneclipsed by the orange storm cloud that currently looms over America. Instead, Smith is free to focus her incisive and often wry lens on painting, novels, dance, history, technology, Mark Zuckerberg, Jay-Z, race, love, and the nature of joy itself. But make no mistake—these pieces are as relevant as can be.”

Christian Lorentzen (Vulture) has quibbles with some of the essays in the book (“You . . . wonder why—aside from the paychecks—she so often writes about celebrities”), but he calls her literary criticism “breathtakingly good.” “Here her angle of approach is direct, and she delivers concentrated and authoritative considerations of Edward St. Aubyn, Thomas Bernhard, Geoff Dyer, Paula Fox, Ursula K. Le Guin, and Danzy Senna, among others. She compares Bernhard to an internet troll; praises St. Aubyn’s Patrick Melrose novels for their blend sadism and irony but notes his tic of lapsing into therapeutic earnestness at crucial moments; she compares Ursula K.Le Guin, deliciously, to Jane Austen and Seneca.”

Perhaps it’s not surprising that the best of Feel Free comes in Smith’s extended book reviews, written for Harper’s, where the constraint of subject seems also a license to build and inhabit the contrary sort of character she wants in her novels. She is sparkling and profound, for example, on Thomas Bernhard’s My Prizes, in which the Austrian author galls the very judging committees that commend his work. Smith gets inside his writing and mind in ways that suggest she sympathizes with exactly what makes him difficult or outrageous for other readers: “Americans think of this aspect of Bernhard as the art of exaggeration. Europeans, who know him better, think of it as being an incredible bastard.”

In her first book, a memoir, Mailhot writes of her childhood on the Seabird Island Indian Reservation in British Columbia, giving up her first child while giving birth to her second, a painful affair with her white professor that leads to her being hospitalized for PTSD, eating disorders and bipolar II, and how she wrote herself out of trauma. “The final pages, as I was writing them, lifted me up into the feeling that I have now—which is, I’m going to be okay,” she tells Indianapolis Monthly’s Matthew Gonzales.

Kathleen Rooney (Chicago Tribune) writes, “It’s exciting to think that a person might be able to write their way out of seemingly insurmountable personal, cultural and historical trauma. It’s even more exciting to actually watch someone appear, at least partly, to do so. Even as her book resists the oversimplified arc of pain and suffering followed by redemption and happiness, the bittersweet progress that Mailhot makes by the end feels hard-won, precarious but hopeful. “I become an editor. They pay me for my work,” she writes. “I became a fellow. Words I never knew to be—I am.”

“Sherman Alexie has projected that the Dakota Access Pipeline protests, which brought together members of 300 tribes in America, are going to catalyze the next generation of indigenous artists and activists,” writes Parul Sehgal (New York Times). “If Heart Berries is any indication, the work to come will not just surface suppressed stories; it might give birth to new forms. ‘The writers before me seemed to do the work of looking at being indigenous so we could look through it,’ Mailhot writes. Her experiments with structure and language (some more successful than others; she can be fatally attracted to a faux lyricism) are in the service of trying to find new ways to think about the past, trauma, repetition and reconciliation, which might be a way of saying a new model for the memoir.”

Francisco Cantú, The Line Becomes a River: Dispatches from the Border

A chronicle of four years at the Border Patrol, mostly in the Arizona desert, yields powerful emotions in retrospect.

Cantú isn’t the first agent to write a memoir, but he radically departs from the milieu,” writes Stephanie Elizondo Griest (Texas Observer). “Whereas other narrators sound like they’re yakking away in a bar, one hand on their holster and the other gripping a whiskey, Cantú seems to be composing beneath a dangling light bulb in a barren room. Yet the only interrogator on the premises is the one residing within. His subsequent confessions take the form of vignettes that range in length from a paragraph to several pages and mimic the desert landscape he patrols: haunting but elegant, with glimmers of humor for reprieve.”

“The final and most powerful section of the book occurs away from the border, when Cantú, now a graduate student and coffee barista, befriends José, an undocumented groundskeeper,” writes Gabriel Thompson (San Francisco Chronicle). “When José learns that his mother is near death, he leaves his wife and two sons to return to Mexico. He is apprehended while attempting to re-enter the U.S., and the camera swings from the border to the person as the missing details are filled in. There is little about José that is unique: He is a manual laborer, works hard and loves his family. If Cantú had picked him up in the desert, he’s not the kind of person who would have had a particularly heartbreaking story to tell during the drive to the station. He was, in Border Patrol’s vulgar parlance, a POW—a plain old wet. But Cantú pays attention to the poetry of José’s life in the same way that he pays attention to the poetry of the desert. As he watches the system come crashing down on his friend and does his best to intervene, the scale of the tragedy comes into focus.”

The imperfection of Cantú’s approach, though, mirrors the messiness of the crisis he’s facing. A more hard-nosed report in the style of the late investigative reporter Charles Bowden might expose squandered resources, corruption and broken policy; a more intimate memoir like Reyna Grande’s The Distance Between Us would have a stronger emotional pull. Cantu’s struggle to do right by both themes is, if not surmounted, at least palpable. He recalls telling José that he arrested a few low-level narcos with the Border Patrol, then concedes, resigned, what his main job was. “Mostly I arrested migrants, I confessed,” he writes. “People looking for a better life.”