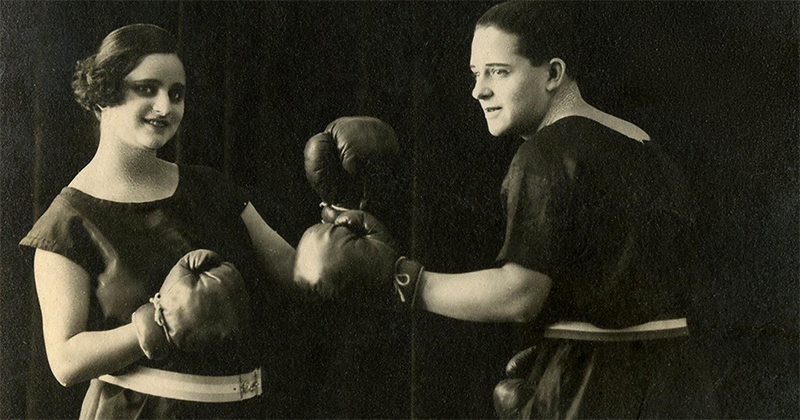 5 Books Making News This Week:
Battle of the Essayists

Martin Amis, Zadie Smith, The Hatred of Literature, and More

PEN America’s lifetime achievement awards go to prolific author and LGBT pioneer Edmund White and to Edna O’Brien, in recognition of her work’s “breaking down social and sexual barriers for women in Ireland and beyond.” Dublin-born playwright and novelist Sebastian Barry, a two-time Costa award winner, succeeds Anne Enright as the laureate for Irish fiction: 2018-2021, an Arts Council initiative. Barry has chosen “The Golden Age of Writers and Readers” as a theme for the annual lecture and teaching semesters at University College Dublin and New York University. The judging panel, headed by Paul Muldoon, explains its choice: “With his soul-searching, heart-stopping prose Sebastian Barry takes Irish fiction where it hasn’t been before. With transcendent insight as well as a storyteller’s ingenuity he teaches us to see the world differently, and to look more deeply into our own hearts. This most lyrical of myth-makers magically re-arranges our synapses.” 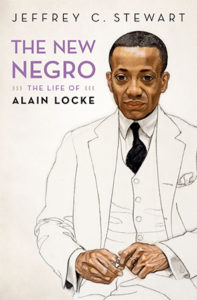 The biographer of Paul Robeson returns with a definitive and weighty life of a key figure in the Harlem Renaissance. “I was trying to write a different type of intellectual history,” Stewart tells Keisha N. Blain (Black Perspectives). “At one point, Nathan Huggins took a liking to me, but confided to a friend that I was handicapped by having to write my dissertation under John Blassingame, a social historian. But John taught me something that Huggins resisted—that to write African American intellectual history requires us to reinvent intellectual history to address the burning issues of race and the life of the masses in America or be largely irrelevant history.”

Clifford Thompson (Wall Street Journal) notes, “Outside the world of African American Studies, the mention of Alain Locke, the Harlem Renaissance’s visionary and impresario, tends to leave the listener with a blank look. Now comes a monumental effort to change that. Jeffrey C. Stewart’s 900-plus-page The New Negro: The Life of Alain Locke is a vitally important, astonishingly well researched, exhaustive biography of the brilliant, complex, flawed, utterly fascinating man . . . ”

“Stewart, who first encountered Locke’s work while a graduate student at Yale, said that too often, black history is taught solely in terms of ‘the political, the economic, the sociological,’” writes Kate Tuttle (Boston Globe). “Locke, whose 1925 anthology The New Negro gave voice to a generation of African-American writers, urged that black identity be understood and expressed through the arts.” 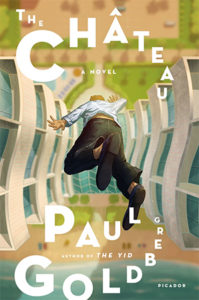 A fired Washington Post reporter heads to Florida to investigate the death of his college roommate, a plastic surgeon known as “Butt God of Miami Beach,” who has fallen from the forty-third floor of a hotel. Once there, he has to deal with his Trump supporter father. Goldberg’s second novel is a detective story, a madcap tour through Florida’s retirement havens, and a dark Trumpian chronicle.

“The sign of a great literary noir is one that cannot decide whether it is about crime or about an existential crisis,” writes Alexander Aciman (Tablet). He calls Goldberg’s new novel “a detective story that is as humorous as it is sinister,” and compares it to The Big Lebowski.

The starred Kirkus review notes, “Goldberg confirms his status as one of Jewish fiction’s liveliest new voices, walking in the shoes of such deadpan provocateurs as Mordecai Richler and Stanley Elkin.”

Deborah Kreiger (PopMatters) points out, “Scholars of language and linguistics will likely have a field day with the way The Château works with language. Over the course of the novel, Bill (birth name: Ilya) increasingly converses with his father and neighbors in Russian, his native tongue, symbolizing his own grudging acceptance of Melsor; yet even as he becomes closer to his crooked father, Bill comes to use Russian as a language of investigation and discovery, eventually finding in the Russian language the desire to continue the truth-telling, danger-courting legacy his father abandoned when the family came to America.” 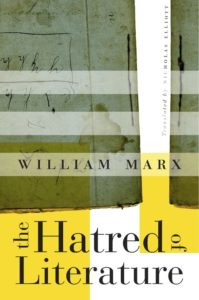 William Marx, The Hatred of Literature

Marx considers literature from the perspective of those who loathe it, tracing 2500 years of negativity in the name of authority, truth, morality, and society, beginning when Plato drove the poets from the city.

Literature, William Marx informs us, is a “source of scandal.” It is good that someone thinks so. Literature is more often a source of boredom, pretension, dashed hopes, missed marks, and mediocrity, not to mention softer, homier pleasures such as comfort, escape, and amusement. But Marx, a professor of comparative literature at Université Paris Nanterre, has a taste for the grand and dangereux. Literature is “public enemy no. 1—the thing we most love to scorn, attack, and belittle”; it is a “punching bag” and a “foil” for philosophers and moralists; it is “what remains when everything else has been removed”; it is “the ultimate illegitimate discourse.”

“Marx takes the term from the novelist Gustave Flaubert, who had a notoriously exalted conception of his calling,” notes Gary Day (Times Higher Education). “His fellow author, Émile Zola, reports that Flaubert was infuriated by bourgeois blankness in the face of great art. Surprisingly for a man who strove for precision in his use of words, Flaubert repeatedly referred to this incomprehension as ‘the hatred of literature.’”

Literature is authoritative, visionary, capable of action, and an expression of both the individual and collective sensibility. It remains under threat, but the form itself will mutate and not lose its potency as society transforms. The Hatred of Literature could have been a ponderous text more in love with itself than it has a right to be, but the author sprinkles it with a sense of levity and humor. The reader also benefits from the fact that Marx is not writing from an American perspective. His topic is the history of literature and how it has always faced threats, no matter its location. By the time he reaches his conclusion, the similarly inclined reader will most likely share his sentiment that the hatred of literature does not and will not foreshadow its demise.

Like Tom Joad at the end of The Grapes of Wrath vowing to Ma that he will carry on so long as there’s a hungry mouth to feed or justice to be gained, written expression will move forward to meet the needs of its people. The marketplace changes, but curiosity and aspirations to intellectually search for something and somewhere better than the here and now will always be needed.

Martin Amis, The Rub of Time

“Going through his new collection of pieces written since 1994, one feels not only that Amis has read and remembered more—but also truly seen more of what he sees—than any other living novelist,” notes Ronald K. Fried (The Daily Beast). “Yet he has not, as he famously accuses Henry James of having done, fallen out of love with his reader. Instead, Amis’ largely admiring literary pieces at the heart of this book—appreciations of Saul Bellow, Vladimir Nabokov, John Updike, and J.G. Ballard, among others—do what criticism ought to do: They send the reader back to the texts. You read Amis on Anthony Burgess’ A Clockwork Orange or Nabokov’s Transparent Things and think, yeah, I really ought to go back and read that again.”

“Amis can do a lot of things, but his genius has always been for vividness—‘terrible compulsive vividness,’ as his father, Kingsley, put it, not quite admiringly,” notes James Camp (Bookforum).

When Amis picks up his pencil, he pulls out the pin. Donald Trump, “hammily scowling out from under an omelette of makeup and tanning cream,’ has a ‘little woodland creature that sleeps on his head.” Rambo, aka Sylvester Stallone, is a “lethal trapezium of organ meat,” and Monica Jones, Philip Larkin’s rather handsome lady companion, “resembled an all-in wrestler renowned for his indifference to the norms of fair play.”

Christian Lorentzen (Literary Review) writes, “One of the grim (if distinctly secondary) aspects of current American politics is that there’s little chance that any good writing will emerge from a direct reckoning with the Trump presidency. The problem is that, despite the insistence from many quarters that we’re experiencing a tragedy, only farce can accommodate Trump as a central character. Yet nobody’s in the mood for farce. In a 2016 Harper’s essay about Trump (then the Republican nominee), Amis senses this. Of Trump’s early life he writes, ‘If you have ever wondered what it’s like, being a young and avaricious teetotal German-American philistine on the make in Manhattan, then your curiosity will be quenched by The Art of the Deal.’”

“Reading Feel Free is a lot like hanging out with a friend who’s just as at home in a museum as she is binge-watching a sitcom,” writes Michael Schaub (NPR). “She engages artists on their own terms; she’s opinionated, but not judgmental. And she manages to breathe new life into well-worn topics: in a review of The Social Network that doubles as a reflection on Facebook, she manages to be both funny (Justin Timberlake ‘sure plays a great schmuck’) and deadly accurate (‘It’s the Wild West of the Internet tamed to fit the suburban fantasies of a suburban soul’).”

Chris Gray (Houston Chronicle) notes, “Smith’s essays are about a lot more than whatever the titular topic happens to be; the connections her agile brain makes results in writing that can swing on some pretty wild hinges. In ‘Meet Justin Bieber!,’ for example, a sympathetic Smith considers the Canadian pop star’s suffocating global popularity through an impressively obscure lens: ‘I and Thou,’ a 1923 essay by late Austrian-Jewish philosopher Martin Buber, which argues most people go through life interacting with all but a very few people as things rather than as fellow human beings.”

My hunch about this book is this: While paying attention to Smith’s doubts might get you into these essays, getting out may require some improvised dance moves.

That means, I think, rejecting linear movement through the work. This may not seem a proper way to address this work, but, as Smith writes in “Dance Lessons for Writers,” “between propriety and joy choose joy.” In any case, she’s suggesting that we follow her lead. Early in “Feel Free” Smith describes her writing as the intersection of language, the world, the self: “The first is never wholly mine; the second I can only ever know in a partial sense; the third is a malleable and improvised response to the previous two.” It’s this improvised Smith whom we’re dancing with throughout these pages.