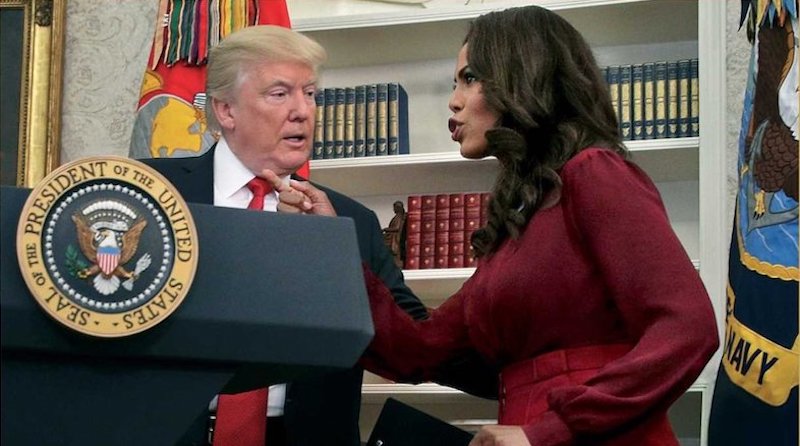 Sally Rooney on Shelia Heti, Doreen St. Félix on Omarosa's memoir, Tina Brown on the husband hunters of the gilded age, and more

The reviews are in for reality TV show contestant turned Devil’s advocate turned recording artist Omarosa Manigault Newman’s insider account of the Trump White House, Unhinged, and they are, eh, not very good. Our favorite of the many, many pans the book has received in its first week of publication is Doreen St. Félix’s New Yorker evisceration, in which she writes: “Much of the book’s information is mundane, already reported on, or unsubstantiated. The arc turns on an inane semantic argument and the fact that, coincidentally, right around the time Omarosa had to find a new gig, she realized Trump was a racist.” Over at the London Review of Books, Conversations With Friends author Sally Rooney considers Sheila Heti’s auto fictional inquiry into the decision to have children, Motherhood, alongside the terrifying thought of “the women in 20th-century Ireland who spent their fertile years perpetually pregnant or nursing.” Legendary magazine editor (and long-time chronicler of the lifestyles of the rich and famous) Tina Brown reviews Anne de Courcy’s account of the Gilded Age American heiresses who married into the British Aristocracy, The Husband Hunters, for the New York Times Book Review. We’ve also got Rachel Riederer on Orca—Jason Colby’s history of our relationship to the Ocean’s greatest predator—and novelist and Iraq War veteran Matt Gallagher on Pulizer Prize-winner C.J. Chivers’ portrait of modern warfare, The Fighters.

“In short, you don’t really need to read Unhinged, which recalls Carrie Bradshaw bloviating at her desk at midnight. (‘I had to wonder, if Trump used the N-word so frequently during that season of the show, had he ever used it to refer to either Kwame or myself?’) Much of the book’s information is mundane, already reported on, or unsubstantiated. The arc turns on an inane semantic argument—that ‘there is a difference between being a racist, racial, and someone who racializes’—and the fact that, coincidentally, right around the time Omarosa had to find a new gig, she realized Trump was a racist … she can’t seem to choose between dressing herself as a bushy-tailed mentee, whose abstracted loyalty precludes her from seeing the misogyny and racism of her ‘mentor,’ or a savvy career woman, who was willing to play dirty to get ahead … Opportunism has never morally burdened her, which makes her self-interest seem both egregious and banal. She has clung to her infamy, in part, by perverting the black worker’s experience of racism. She has always exploited the vantage of the pariah, but has more frequently tried to frame herself as a victim.” 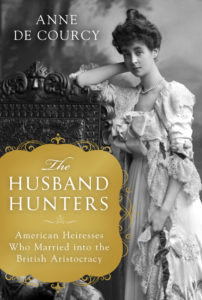 “She makes a persuasive case that a prime driver in the American heiress exodus was escape from the savage competitiveness of Gilded Age society in the capital of status, New York … The Husband Hunters has a lot to say about the young American women who married titles, but at heart it’s a wonderful study of monster mothers … If American society was a cutthroat matriarchy, the world the heiresses married into was exactly the reverse. In England, the men called the shots. A gilded girl who thrived in an urban setting and was used to seeing women get their own way now found that the sparkle of London was confined to the three months of the summer social season. Life as the chatelaine of an English country seat revolved around the sporting calendar and dour male management of the estate. (This is still true today, as Meghan Markle will discover after a few weekends with Harry’s friends.) … What impresses about de Courcy’s American imports is how efficiently they adapted their native skills to England’s resistant class structure. They deployed not only looks and flair but also an organizational dynamism that whipped the stately homes and their owners into shape. They were brave. They were venturesome. They opened the windows of English aristocratic life, culturally as well as literally. It wasn’t just their money. With all that drive, all that enterprise, they were just what was needed to shake the cocktail and bring some pizazz to the party.”

“Like his previous work, The Fighters immerses readers in know-how and gravitas, bringing together a collection of war testimonies by infantry grunts, fighter pilots and hospital corpsmen. The battle fragments can’t provide a full picture of the wars they portray, but together they do form something else: a dark and honest reckoning with just what it is we’ve done since that empty blue-skied day was filled with smoke nearly two decades ago … Mr. Chivers crafts a vast and absorbing mosaic … Themes of betrayal and unintended consequence serve as the book’s marrow … Still, acts of great courage rise in The Fighters … His writing shines with careful understatement and a muted irony … And when Mr. Chivers does let it rip stylistically, you notice … This is not a book that details the strategies of generals and presidents … I’m more than sympathetic to this approach but still found myself wondering if some strategic perspective would have broadened the book … With breadth and raw truth, The Fighters lays bare just how exacting and brutal that duty [of fighting in U.S. wars] has been.”

“When I think of the women in 20th-century Ireland who spent their fertile years perpetually pregnant or nursing, I don’t feel inspired; I feel terrified. Such women do deserve congratulations, for having survived. But having 19 children doesn’t strike me as a better or more important achievement than having one—or none … other real events and circumstance inform Heti’s narrative—but Motherhood works, as novels should, by putting questions of literal truth to one side … In Motherhood, Heti continues the project of How Should a Person Be? in at least one way: by opening out seemingly individual experiences into a general inquiry about ways of being. Despite its cyclical form, Motherhood is not so much a document of uncertainty and indecision as of the narrator’s slow and halting decision to live without children…Having babies is no doubt very interesting, but part of the point Heti is making is that not having babies can be interesting too; that living eternity backwards through one’s ancestors could be just as fulfilling as living it forwards through one’s children … The moral conundrum involved in the decision to create a new life can’t be resolved in the space of a novel—but Motherhood gives it sustained and serious attention.”

“It is a story not just of the orca business, but also of the evolution of Americans’ relationship to the oceans and marine life—the growth of marine parks parallels the shift from an extractive approach to the ocean, as mainly a source of fish, to a recreational one. It intersects, too, with the birth of the modern environmental movement in the 1960s and 70s … For a generation that grew up on Shamu or Free Willy, anecdotes that Colby shares of orca hunters in ‘the Old Northwest’ are shocking … As the backlash against the industry rises, the irony is clear: The captivity and display industry made people love orcas, and then hate the captivity and display industry. This is the central thrust of Colby’s book, and he returns to the point throughout … More interesting, to me, than the judgment of history, are the moral compasses of the crying men themselves, who knew—well before Greenpeace protestors and Blackfish and the Marine Mammal Protection Act—that the animals they were hurting were sentient and sensitive; that they were doing something wrong … it’s also a story of the intellectual hoops that we humans will jump through, like well-trained marine mammals, in order to justify the harm done in the course of making a living, or just doing whatever we want.”