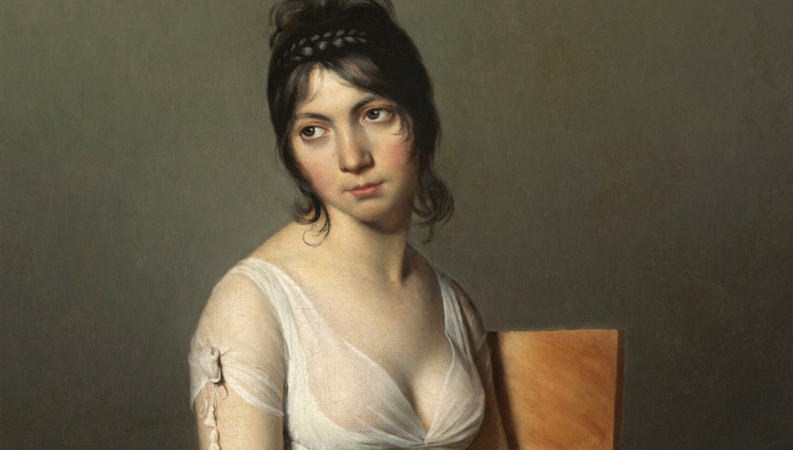 Alexandra Kleeman on Ottessa Moshfegh, Roxane Gay on To Kill a Mockingbird, Jane Smiley on Edmund White, and more

In her Vanity Fair review of Ottessa Moshfegh’s new novel, My Year of Rest and Relaxation, You Too Can Have a Body Like Mine author Alexandra Kleeman writes “Moshfegh is adept at crafting dark, compelling female characters who violate the rules of femininity.” Acclaimed writer and cultural commentator Roxane Gay is no fan of To Kill a Mockingbird, or of Tom Santopietro’s Why To Kill a Mocking Bird Matters. Over at NPR, Annalisa Quinn praises beloved British journalist and broadcaster Caitlin Moran’s How to Be Famous, calling it “a joyous, yelping novel about learning to love things without apology or irony.” We’ve also got Jason Sheehan on Bram Stoker Award-winner Paul Tremblay’s nightmarish new book, The Cabin at the End of the World, and Pulitzer Prize-winner Jane Smiley on Edmund White’s intimate look back at his favorite works of literature, The Unpunished Vice.

“If Charlotte Perkins Gilman views idleness as a type of imprisonment, Ottessa Moshfegh’s new novel reframes it as a gonzo spiritual practice … [Moshfegh] is adept at crafting dark, compelling female characters who violate the rules of femininity … It’s a sly refusal of the imperative to self-care, the opposite of leaning in … Moshfegh’s protagonist is an unlikely revolutionary … [My Year of Rest and Relaxation] serves as a reminder that there is something to life outside of the economic exchange of time for money and money for goods, even if that unnamed thing is obscure and perplexing and just a bit monstrous—particularly in a woman. Literature may not have all the answers, but it can show us the power and allure of saying ‘No.’ ”

“The title is misleading. I expected this text to offer a complex and sustained argument about the merits of the novel itself. Instead, much of the book is given over to a biography of Nelle Harper Lee and an extremely detailed history of the making of the 1962 movie. Some light literary analysis is thrown in for good measure. Never does this book take chances or make a persuasive argument for why To Kill a Mockingbird matters to anyone but white people who inexplicably still do not understand the ills of racism, and seemingly need this book to show them the light … Santopietro has certainly done his homework, and he applies the rigor of his knowledge admirably … Most of Santopietro’s work is given over to that movie—so much so that I began to wonder if this book was intended to be a cultural history of the adaptation alone… but the author fails to explain how it supports his argument that To Kill a Mockingbird matters… On top of that, the book’s structure is strange. The groundwork for Why ‘To Kill a Mockingbird’ Matters is astute, but the intellectual analyses are not, and the book suffers for it.”

“Read Paul Tremblay’s new novel, The Cabin at the End of the World, and you might not sleep for a week. Longer. It will shape your nightmares for months–that’s pretty much guaranteed. That’s what it’s built for. And there’s a very, very good chance you’ll never get it out of your head again … I want to tell you everything about it. I want to detail every switchback and psychological reverse that happens, deconstruct how Tremblay layers in these genius feints of paranoia and disbelief, explain how he builds to these perfect trigger points where everything explodes into blood and violence, then settles, then starts again. I want to, but I can’t. It would ruin it. There is a meticulousness to The Cabin that depends entirely on the slow reveal; on the tension of misunderstanding and inherent bias.”

“When I read the preface to Edmund White’s new memoir, I was annoyed/hurt (you decide) that my own works went unmentioned while those of so many others (Lorrie Moore, Richard Ford) were, but after the introduction, as White writes about his heart attack, subsequent surgery and the days of hallucinations that followed, my attitude softened … what he cares about is giving the reader a sense of some of the authors he has enjoyed the most, and from whom he has learned the most … White’s tone is conversational, and while his style is readable and the information is intriguing, the reader is tempted to wonder, ‘Why bother?’ But patience is a virtue, and in the last 30 pages, White gets down to the nature of the real vice, often punished by readers and critics—no longer covert or overt homosexuality but political ambiguity…White is proposing that moral and biographical complexity is worth a reader’s attention, even if he or she doesn’t agree with the writer’s politics.”

“…a dirty, jolly, book-length defense of teenage enthusiasm … It’s a book for someone who has yet to find out that taste is relative, cynicism is cheap, and you should only date people who are kind to you. Despite its treatment of sexual exploitation, How To Be Famous is not dark—it is a joyous, yelping novel about learning to love things without apology or irony. In service to this, metaphors careen all over the book like untrained animals, shedding and slobbering on the carpets. Nuance is lost, repetition is constant, and Moran must always have the last word, even when she’s the only one talking. But in a contest between craft and feeling, if I can’t have both, I’d take feeling every time. Moran reminds us that playing it cool is a waste of living.”

–Annalisa Quinn on Caitlin Moran’s How to Be Famous (NPR)