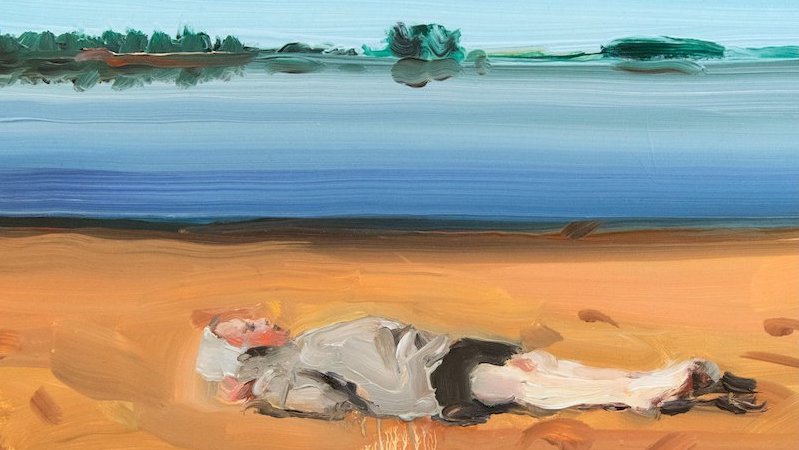 Parul Sehgal on Springtime for Knausgaard, Jane Smiley on Richard Wagamese, and more

We’re on the cusp of summer but it’s all about Spring for everyone’s favorite navel-gazing Norwegian. The New York Times‘ Parul Sehgal says of the second installment in Karl Ove Knausgaard’s season cycle, “the book’s blunt, unforced telling brings the larger project’s meaning into sudden, brilliant focus.” Over at the Globe & Mail, Pulitzer Prize for Fiction-winner Jane Smiley calls the late Ojibwe writer Richard Wagamese “a master of empathy” in her rave review of Indian Horse. Tobias Carroll’s Barnes & Noble Review essay considers how the election of Donald Trump raised the stakes for Lucas Mann’s Captive Audience: On Love and Reality TV. Elsewhere, after reading Patrick Chamoiseau’s tale of an elderly slave who escapes from a Martinique plantation, the Wall Street Journal‘s Sam Sacks calls Slave Old Man “[a] beautiful book, by a writer who’s as original as any I’ve read all year.” Finally, Veronica Scott Esposito is intrigued, but ultimately frustrated by Michael Ondaatje’s dreamy WWII novel, Warlight.

“The book begins in a home where everything is leaking and creaking and on the verge of collapse. Every zipper is stuck, every button loose. The drains are clogged. The light bulbs have burned out long ago. So has the marriage … Spring features Knausgaard unbound, writing for the first time without a gimmick or the crutch of extravagant experimentation, the endurance test of My Struggle or the staccato essays of his previous books on the seasons. Spring refuses contrivance; it refuses to parry … the book’s blunt, unforced telling brings the larger project’s meaning into sudden, brilliant focus … Knausgaard has assembled this living encyclopedia for his daughter with a wild and desperate sort of love, as a way to forge her attachment to the world, to fasten her to it—to fight the family legacy of becoming unmoored and alienated.”

“Wagamese excels at this most important task of the novelist, which is to detail the ‘how’ of something: How it feels to be a ’rounder,’ living on the streets, how it feels to experience horrifying events, or, in Indian Horse, how it feels to skate, to move the puck and to understand the dynamics of the game. He shows how it feels to uncover in oneself unexpected power and also to acknowledge amazing betrayal … He is such a master of empathy—of delineating the experience of time passing, of lessons being learned, of tragedies being endured—that what Saul discovers becomes something the reader learns, as well, shocking and alien, valuable and true.”

“Given the extent to which the world of reality TV has insinuated itself into our culture at multiple levels, what could be timelier than Lucas Mann’s Captive Audience … The final chapter of Captive Audience was written after the election of Donald Trump, and it ends by posing more questions, both about the dangers of passivity when encountering media and about the ways in which writing about something gradually becomes an all-encompassing task. National politics may have raised the stakes for this particular work: an investigation of the permutations of nonfiction storytelling transformed into an indictment of the state of culture in the early twenty-first century. ‘All I really know is how it feels—that’s the truth and that’s also the problem,’ Mann writes. It’s a disquieting and contradictory note on which to end this book. But then, given the art form at its center, that seems like the truest choice he could have made.”

Slave Old Man conjures a metamorphosis of similar pathos and wonder … Mr. Chamoiseau writes in a wild medley of French and Creole, sliding from dialect to classical expression like a freeform jazz musician. Linda Coverdale’s translation, the first in English, is gloriously unshackled, reveling in what she calls Mr. Chamoiseau’s ‘fond disrespect for words’ to forge innovative musical phrasings. The forest of world literature can be a bewildering place to navigate and one good trick is to find a translator you trust and follow her wherever she leads. Those who do so with Ms. Coverdale, one of the best French translators working, will discover such marvelous writers as Jean Echenoz, Emmanuel Carrère and Annie Ernaux. And they will come to this beautiful book, by a writer who’s as original as any I’ve read all year.”

“Most comfortable as an observer, Nathaniel’s passivity can make Warlight at times satisfyingly methodical and contemplative, and at others slow and frustratingly peripheral … In this latest book, Ondaatje largely eschews robust characters and gripping plotlines to instead spend his creative energies on atmosphere, observation and theme. This is something of a departure, as the author’s spare novels have typically given a feeling of energetic movement and lifelike realism despite their reticence. Warlight feels more akin to the playful absurdity of Kazuo Ishiguro’s When We Were Orphans, and at its best it embraces a postmodern two-dimensionality that works in sync with its absurd feel. But at other times it seems to work against its own impulses, as though it hopes we take seriously things that are very hard not to laugh at … Ondaatje tantalizes us with these alternative histories resting just beyond the story we have, each of his characters only ever picking out the patterns within their own small sphere of illumination. The frustrations of Warlight’s cul-de-sac-like plotlines ultimately serve to remind us that all of our stories will be necessarily incomplete—we are all always operating in the titular half-light.”