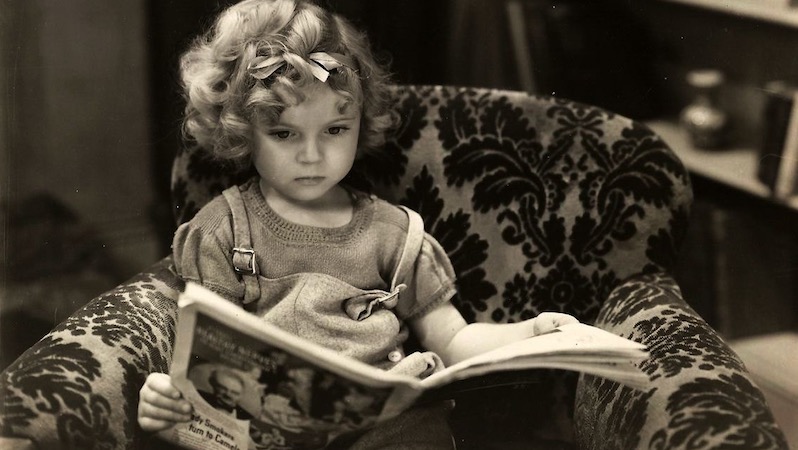 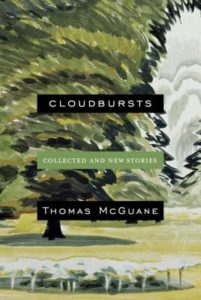 “…[a] wonderful, essential new collection … These 45 career-spanning stories contain more artistry, humor, eyebrow-raising plot turns, and surprising diction than seems possible in one book … [‘Like a Leaf’] is one of the book’s best stories, an extraordinary depiction of loneliness and psychological disturbance … at the most elemental level, the true pleasure of these stories is that page after page can be read for both plot and language. Compelling and sometimes astonishing events are rendered through prose that’s compelling and often astonishing. The stakes always feel high (characters can die and do die), and there’s no such thing as a not-funny McGuane story. The result is a continuous succession of storytelling delights.” 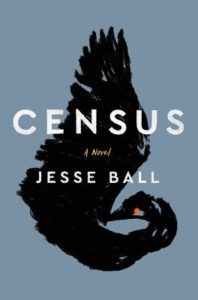 “This ambition for art — to aspire to nature’s sincerity and unfussy dignity, for beauty to always follow function — suffuses the work of Jesse Ball. In eight novels produced in just over a decade, [Ball] has combined Kafka’s paranoia with Whitman’s earnest American grain to found a fictional kingdom of genial doom and melancholia … Census, Ball’s new work, [is] his most personal and best to date … we do directly see the father’s admiration for his son, for his ability to ‘leap out of his heart into some empathy with the thing observed, whether it is a Ferris wheel or a tortoise.’ This point — about the beautiful varieties of perception, of experience — made without sentimentality, burns at the core of the book, and of much of Ball’s work, which rails against the tedium of consensus, the cruelty of conformity … I can think of no higher praise for this novel than to echo what this woman tells the father for traveling with his son, for letting the world experience his gift: ‘I think you cannot know the good you do.’” 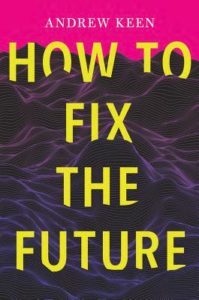 “Into this maelstrom steps Andrew Keen, a tech commentator who never drank the Silicon Valley Kool-Aid. In three earlier books he provided an ongoing, scathing critique of tech evangelism. His scepticism now looks prescient: he understood the significance of what was happening earlier than most. With his new book, Keen switches from sarcasm to a kind of pragmatic optimism. Our digital future can be shaped in more humane directions, he argues. But for that to happen we need to be realistic about the scale of the challenge, to learn from history and accept that there are no magic bullets or technological fixes. Like Churchill, he offers mostly blood, sweat and tears; but at least he has a programme of what needs to be done. … None of these ideas is new, though many of them are regarded as unthinkable. But the history of society’s responses to the abuses of earlier industrial eras suggests that appropriate remedies have always been regarded as unthinkable – until reforms were implemented. It’s not all that long ago, after all, that we used to send small boys up chimneys, or that arsenic was available from street-corner apothecaries. Which is why it makes sense, as Keen seeks to do, to take the long view of our current dilemmas.” 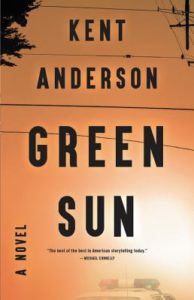 “Green Sun is a stunning book, and it’s more than worth the wait … Green Sun succeeds on so many levels, it’s hard to keep count. As a crime novel, it’s paced beautifully; Anderson lets the suspense build naturally, never resorting to cheap narrative tricks at the expense of the plot. His characters are realistic — there are no flawless heroes or evil villains; Anderson has no use for lazy archetypes of any kind. He also displays a canny understanding of psychology … Hanson is a fascinating and memorable character, but the real star of Green Sun is Anderson’s writing. He never succumbs to hard-boiled clichés or tough-guy posturing; he’s a compassionate writer who never wastes a single word.” 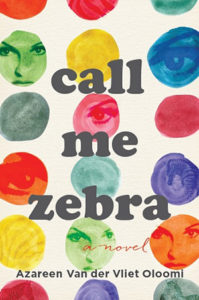 “What Maggie Nelson’s The Argonauts did for gender and sexuality, Call Me Zebra does for the experience of exile, deftly threading the narrative with theory while also using theory to pull the reader in. Though Call Me Zebra happens to be fiction, both books are stuffed with complex ideas made irresistible and lyric. Both symbiotically use philosophy to clarify and amplify the human story. ‘The literature produced by exiles [is designed to] objectify and lend dignity to a condition designed to deny dignity,’ Zebra says, citing the postcolonial theorist Edward Said. ‘By transcribing the literature of such writers we will be restoring dignity not only to literature, but also to ourselves.’ A person of no particular nation, Zebra is left situated in her own body and mind.”